UFODigest.com » Aliens and UFOs » LEVITATION – ANOTHER DARK SIDE TO THE ULTRA-TERRESTRIALS’ UFO ‘FEAR FACTOR’ PROGRAM 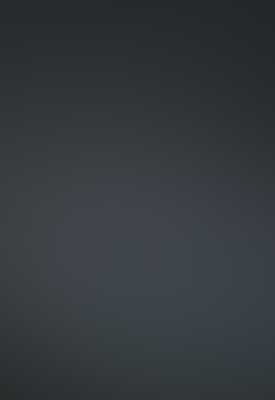 There are many strange – and frightening – aspects of the UFO enigma that are not widely known and are concealed by the UFO community because of the strangeness or fear factor. Take for example the phenomenon of levitation, which often accompanies a UFO sighting and especially an alien abduction. Stories of abductees being floated – without their consent – through their bedroom window and into a waiting ship, as well as aliens who seem to glide two to three feet off the ground as opposed to walking “normally,” are very common.

This bizarre aspect of UFO contact is highlighted in a new book from Global Communications called “Levitation and Invisibility” by Commander X and Tim R. Swartz. The authors grapple with the subject from both a historical and modern point of view, including many anecdotes that illustrate just how the strange events they describe play out in real world terms.

One will probably not be surprised to hear that levitation has a long history in the affairs of mankind, dating back to ancient India and Catholic saints of the Middle Ages, many of whom were seen to levitate and fly up in the air, most often involuntarily and quite alarmingly.

“Levitation,” Commander X and Swartz write, “can be defined as the paranormal suspension of the human body in midair. For example, ‘simple’ levitations are instances in which a saint or holy man will become buoyant and will suddenly float up into the air, usually against his will. Newton’s law of gravity does not always work. There are some humans who defy the law without meaning to. They apparently have no control over themselves and will float skyward without expending any effort.”

The authors detail the experiences of one Saint Teresa of Avila, who died in 1582. Of her experiences with levitation, she wrote: “It seemed to me, when I tried to make some resistance, as if a great force beneath me lifted me up. I confess that it threw me into great fear, very great indeed, at first. For in seeing one’s body thus lifted up from the earth, though the spirit draws it upwards after itself (and that with great sweetness, if unresisted), the senses are not lost, and I was able to see that I was being lifted up. After the rapture was over, I have to say my body seemed frequently to be buoyant, as if all weight had departed from it, so much so that now and then I scarce knew my feet touched the ground.”

Saint Teresa came to regard a floating episode as an “attack,” as of a recurring illness, and would ask her fellow nuns to hold her down. Frequently, the nun would find herself alone at such a moment and be resigned to soaring through the air. Saint Teresa is famous nowadays for reforming the Carmelite order of nuns and was eventually canonized, presumably because her levitation experiences were later regarded as miracles of God.

One of the nuns that served under her, Sister Anne, told a board of inquiry thirty years after Saint Teresa’s death about a scene the younger nun had witnessed. As Sister Anne waited for a routine bell to ring at the convent, between 1 and 2 P.M., Saint Teresa entered the room and knelt to pray for about fifteen minutes.

“As I was looking on,” Sister Anne testified, “she was raised about half a yard from the ground without her feet touching it. At this I was terrified, and she, for her part, was trembling all over. So I moved to where she was, and I put my hands under her feet, over which I remained weeping for something like half an hour, while the ecstasy lasted. Then suddenly she sank down and rested on her feet, and turning to me, she asked who I was and ordered me under obedience to say nothing of what I had seen, and I have, in fact, said nothing until the present moment.”

Many other such case histories are provided by Commander X and Swartz, and they make for fascinating reading as one learns how commonplace episodes of levitation have been throughout the world, including Victorian England. True to form for the often occult-related subject matter of Global Communications books, chapters that deal with learning how you, the reader, can aspire to levitating yourself are also part of the overall package. There are paintings and photographs of spiritual adepts levitating at will, functioning as a kind of visual aid and pictorial encouragement for those interested in learning how to fly.

Meanwhile, in the just released  Global Communications blockbuster “UFOs: Wicked This Way Comes,” Timothy Green Beckley takes up the task of dealing with levitation – as well as other strange paranormal facets of the phenomenon you seldom hear about – as it applies to more recent UFO contact events.

There is, for instance, the famous alien abduction case of Charles Hickson and Calvin Parker, who were fishing together one October night in the 1970s in Pascagoula, Mississippi, when they were seized and forcibly taken aboard a UFO. The incident received publicity throughout the world. What those media accounts overlooked, according to Beckley, was that a mighty blow had been dealt to our understanding of the law of gravity.

“For Hickson and Parker,” Beckley writes, “had been rendered weightless by their captors. Grabbed on all sides by the ‘web-footed creatures’ before them, they were levitated out to a circular ship waiting for them in the night’s pitch blackness. Such a suspension of the Earth’s gravitational field is impossible to contemplate even in terms of modern-day physics. The technology needed to produce such an effect – if at all possible – is definitely well beyond our limited space-age understanding.”

Beckley also recounts another UFO-related levitation story, this time from Australia, involving a man who preferred to keep his name hidden and is referred to as Mr. X. The story was originally published in a conservative Australian newspaper called the “Mackay Argus.”

Mr. X claims that he was “sucked or drawn” through a windowpane in his kitchen.  After first seeing a strange, small, “saucer-shaped face” at the window, he was lifted through the glass by unseen “hands.” The incident, verified by Mr. X’s wife, occurred a few hours after numerous sightings of a bright light in the neighborhood. Mr. X and his wife returned from visiting their neighbors around 10 P.M. and Mr. X went into the kitchen for a glass of water. He told his wife that he didn’t remember much about going through the window except that he was certain he was “sucked out” by some powerful force.

“He screamed,” his wife told the newspaper, “and I came running out of the inside room just in time to see him busting through the glass and going up and out the window in a horizontal position. He was not struggling or thrashing about – just going through like that, straight out.”

When the police arrived a half hour later, the man kept insisting, “You think I’m mad. I’m not. I saw something.” The authorities took him to the local “lockup” for what they believed was his own safety.

“An examination of the scene,” Beckley writes, “showed that the window frame he went through was four feet, six inches from the ground. His leap, which shattered the glass but did not break the frame, would be impossible from a standing position.”

A strange kind of levitation was also a feature of the story of the James family, which Beckley describes in “UFOs: Wicked This Way Comes.” It was the summer of 1967, and 18-year-old Jerry James, his parents and younger sister were driving from Colorado to California on vacation in a pickup truck, behind which they towed a house trailer.

After 18 continuous hours on the road, they pulled over to a service station to stretch their legs and refresh themselves. At that point, they saw a UFO overhead, in the familiar child’s top shape, encircled by a ring of brightly-colored lights. A light beam similar to a searchlight shone down directly onto their trailer. The UFO hovered a few feet over their truck and then noiselessly zoomed off into the distance. The family reacted in disbelief.

The next day, many miles from the previous night’s sighting, a silver-looking vessel floated in from over a nearby mountain peak, coming so close to the James family that they could see rivets in the metallic gray structure. The mother fainted “dead away.” When they returned to the trailer, something very strange had happened. Everything inside the trailer was in perfect order, even though they had left the beds unmade and the sink area had been strewn with dirty dishes and silverware.

“Everything was as neat as it could be,” Jerry told Beckley, “though not as my Mom would have done it. On the kitchen cabinet we found a small dish with a sprouting carrot that had been placed there during the last 24 hours. But something drastic and truly puzzling had happened to it, for the carrot did not resemble a carrot any longer. It had spread out, as if having grown for weeks in a tempered, professional hothouse. Roots were everywhere, running outside the dish and reaching almost to the floor.” 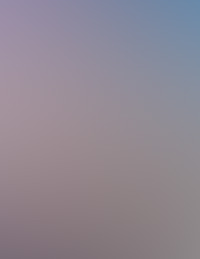 The family noticed a vile-smelling, green-colored substance on the cabinet and dish. When Jerry touched it with a pencil, it “ate up” the wood and lead in a matter of seconds. En route to consult the police, the truck began to accelerate against the will of its driver, requiring only a fractional depressing of the gas pedal to get the truck and trailer speeding dangerously along. When they reached a gas station and the attendant removed the gas cap, out rushed an odorous, gaseous material that made a hissing noise and smelled like rotten eggs. Later, they discovered that the driver’s seat in their pickup had rotted away and the ignition key glowed in the dark and had gotten “soft and rubbery.”

The police did not believe the James family had encountered aliens from another world, but their insurance company was willing to buy them a new truck.

“They informed us,” Jerry said, “that they had never seen anything quite like it before. What happened really had them stumped – almost as much as it had us frightened.”

Jerry commented later that he is well aware that a good portion of what happened could have been caused by a harmful dose of radioactivity. Yet no one in the family had showed the slightest symptoms of radiation poisoning. If things like the mutated carrot and the glowing, soft ignition key had been caused by simple radiation, it should also have made the family sick enough to require medical treatment. If, on the other hand, the occupants of the two UFOs the family had seen were responsible, it demonstrates that “they” could use the power of levitation to “straighten up” the family’s trailer, affect the gas pedal on the truck and work the other mysterious effects without appearing to physically touch anything. 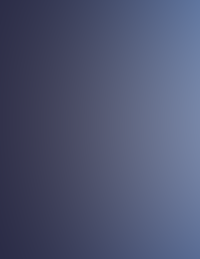 UFOS – WICKED THIS WAY COMES: THE DARK SIDE OF THE ULTRA-TERRESTRIALS

EVIL EMPIRE OF THE ETS AND THE ULTRA-TERRESTRIALS