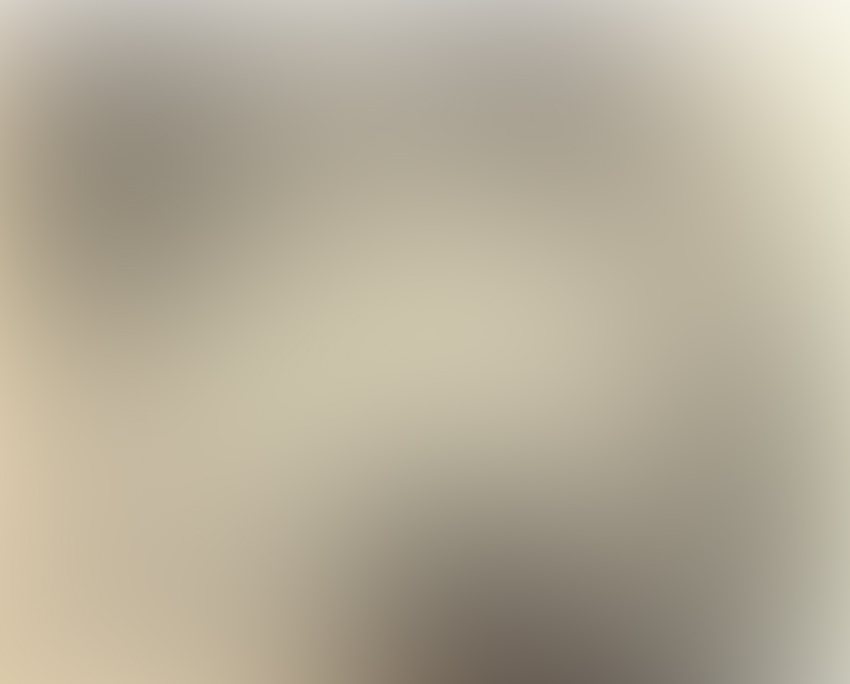 Down through the ages, magickal beasts have played a prominent role in the folklore and mythology of civilizations worldwide. The Bible even records that a donkey spoke in a human tongue at the behest of the Lord. In a world filled with paranormal phenomena of all kinds, our animal friends have sometimes wrought apparent miracles and far exceeded our normal expectations of what a beast is capable of.

Caption for top photo: Artist Carol Ann Rodriguez believes that creatures such as the Unicorn may exist in a parallel universe.

A new book from Global Communications called “Mythical, Magickal Beasts And Beings” examines this subject from a variety of angles. It begins with a chapter by psychic Maria D’Andrea in which she discusses, among many other things, mermaids and mermen. This is a phenomenon so old that there exist cave drawings depicting men standing on the ocean shore while mermen swim in the sea and gaze at earthly women.

“Mermaids and mermen,” D’Andrea writes, “are considered to be elementals, from the Kingdom of Nature. They are part human and part fish. The bottom part is fish and the top looks either like a handsome male or beautiful female. They can be kind and very helpful to people.” 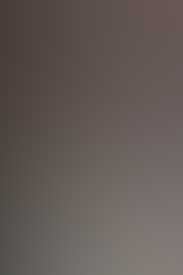 D’Andrea recounts stories where mermaids and mermen guided people lost at sea, sometimes by projecting a haunting song that the sailors followed to safety. They disappear afterwards, leaving the rescued seamen wondering if they had really witnessed the strange creatures at all. Conversely, there are legends of mermaids leading sailors to their deaths on jagged rocks by singing an irresistible song. As elementals, they can reportedly also shape shift and appear completely human, legs and all. They are then said to mate with humans and produce children, who by the time they reach puberty begin to become aware of their own supernatural abilities.

Psychic and physical vampires, the siblings of dragons, and a giant chicken leg are also covered in D’Andrea’s chapter, providing a well-rounded overview of some of the stranger magickal animals stories available.

After Penny Melis’ excellent history of faeries and little people, I contribute stories about the appearances of ghostly cats and dogs, which is a more frequent occurrence than you might think.

Opinion is divided as to whether our animal friends have a soul that survives after death. The notion may strike even those who consider themselves spiritual and class themselves as believers in God and the afterlife as abhorrent, since only humankind, in their belief system, truly possesses the God-given attribute of a personal soul. But in spite of that kind of human-centered cynicism, there are a great many who believe that animals do possess a soul, one that lives on after physical death and even returns from some ghostly netherworld to appear to the living for any number of reasons.

There is, for example, the story of a cat haunting a lighthouse. According to a newspaper called “The Cleveland Plain Dealer,” “For years, volunteers who worked evenings in the lighthouse museum in Fairport Harbor spoke of an eerie presence in the darkened tower. Curator Pamela Brent swears that on several occasions she saw the wispy gray spirit of a cat. Skeptics dismissed the ghost story as ridiculous – until this winter. Workers installing air conditioning vents discovered the mummified remains of a gray cat in a crawlspace. Brent said that the wife of one lighthouse tender kept several cats in the quarters. They believe the cat unearthed during the winter renovations was trapped for years in the crawlspace, somehow preserved in the cold, dark basement.”

Brent said that from time to time she would glimpse the cat skittering across the floor like it was playing. One night, as she lay in bed, she felt the presence of the cat jump on her and was even aware of its weight pressing on her. She was at first quite frightened, but she said she has come to accept ghosts, even ghostly cats, as a natural part of the world. 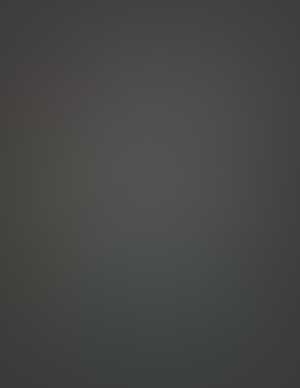 There is also the 1931 story of a family in the UK who discovered a mongoose scratching and making rustling noises behind the wooden walls of their farmhouse. At first, they thought it was a rat, but then the creature began to make odd noises, including growling like a dog and gurgling like a baby. The creature soon revealed the ability to speak and introduced itself as Gef, calling itself a mongoose and claiming to have been born in India in 1852. Only the family’s daughter was able to see Gef clearly, and she described him as being the size of a small rat with yellowish fur and a large bushy tale. A real Indian mongoose, however, is much larger than a rat and does not have a bushy tale.

In any case, Gef at times claimed to be “an extra clever mongoose,” and “an earthbound spirit,” and “a ghost in the form of a weasel.” He once told the family, “I am a freak. I have hands and I have feet, and if you saw me you’d faint, you’d be petrified, mummified, turned into a stone or a pillar of salt!”

In common with many poltergeists, Gef had an uneven temper, threw objects at people, and made exaggerated claims about his powers. But he generally remained friendly to the family and even spied on the neighbors for them, reporting back what he had learned.

After the story of Gef became popular in the British tabloid press, several psychic investigators visited the farm to see for themselves. One in particular said he believed the family was “sincere, frank and simple,” and left believing their claims were true.

And what of the Biblical talking donkey mentioned at the beginning of this article? The Book of Numbers, Chapter 22, relates the famous story of Balaam’s ass. Balaam was an evil figure of boundless greed whose initial intent was to bear witness against the people of Israel and their God in exchange for wealth from their enemies. As he left on his donkey to do the foul deed, an angel appeared to him.

Beginning with verse 21, “So Balaam rose in the morning and saddled his ass, and went with the princes of Moab. But God’s anger was kindled because he went; and the angel of the Lord took his stand in the way as his adversary. Now he was riding on the ass, and his two servants were with him. And the ass saw the angel of the Lord standing in the road, with a drawn sword in his hand; and the ass turned aside out of the road, and went into the field; and Balaam struck the ass, to turn her into the road.”

After Balaam repeatedly struck the ass, the poor beast, still afraid of the angel, laid itself down beneath its cruel master and a conversation ensued.

“Then the Lord opened the mouth of the ass,” the Biblical account continues, “and she said to Balaam, ‘What have I done to you, that you struck me these three times?’ And Balaam said to the ass, ‘Because you have made sport of me. I wish I had a sword in my hand, for then I would kill you.’ And the ass said to Balaam, ‘Am I not your ass, upon which you have ridden all your life long to this day? Was I ever accustomed to do so to you?’ And he said, ‘No.’”

At that point, the Lord opened the eyes of Balaam and revealed the angel, sword in hand, standing nearby. The angel asked Balaam why he had struck the donkey again and again. The angel then told Balaam that had the donkey not had the presence of mind to turn aside from the path of the angel, the angel would have angrily killed Balaam and let the donkey live. Balaam then repented of his evil and, in a complete reversal of character, told the enemies of Israel that he could now only speak the words that God put into his mouth. He blessed the Lord’s Chosen People instead of cursing them. It is easy to imagine that hearing one’s own donkey speak in human language would put the fear of God into anyone.

Returning to the subject of ghostly animal appearances, the next section of “Mythical, Magickal Beasts And Beings” is a reprint of the book “Animal Ghosts, Or Animal Hauntings And The Hereafter,” by Elliot O’Donnell. The book is a treasure trove of ghostly animal anecdotes, ranging from cats to dogs to horses, and even pigs, elephants and birds are included. The book is a classic of its kind, and the language is old-fashioned in an elegant way, with O’Donnell arguing throughout that the members of the animal kingdom are just as possessed of immortal souls as the so-called “superior” human race.

“Consider the case of one of our four-footed friends – the dog,” writes O’Donnell in his introduction. “The faithful, affectionate, obedient and forgiving dog, the dog who is so often called upon to stand all sorts of rough treatment, and is shot or poisoned, if, provoked beyond endurance, he at last rounds on his persecutors and bites. And the cat – the timid, peaceful cat who is mauled and all but pulled in two by cruel children, and beaten to jelly when in sheer agony and fright it scratches. Reflect again on the cow and sheep, fed only to supply our wants; shouted at and kicked, if, when nearly scared out of their senses, they wander off the track; and pole-axed, or done to death in some equally atrocious manner when the sickening demand for flesh food is at its height.

“And yet, you say, these innocent, unoffending – and I say, martyred – animals are to have no future, no compensation. Monstrous! Absurd! It is an effrontery to common sense, philosophy – anything, everything. It is a damned lie, damned bigotry, damned nonsense. The whole animal world will live again, and it will be man – spoilt, presumptuous, degenerate man – who will not participate in another life, unless he very much improves.”

O’Donnell’s argument implies that animals are equally worthy of returning to haunt the living because of the horrible injustices they have suffered, to seek vengeance on the human world that subjected them to a cruel death or a lifetime of mistreatment. Whatever unrest of the soul drives a deceased human being to revisit the locale of their unhappy passing can also make an animal walk the halls of its former home to bear witness to its torment.

If you would like more information or to purchase this book through AMAZON.COM, simply click on its title: Mythical, Magickal Beasts And Beings