UFODigest.com » Aliens and UFOs » Nibiru - Planet X » OUT OF THE DARKNESS – PROPHECIES FROM SPACE – PART II 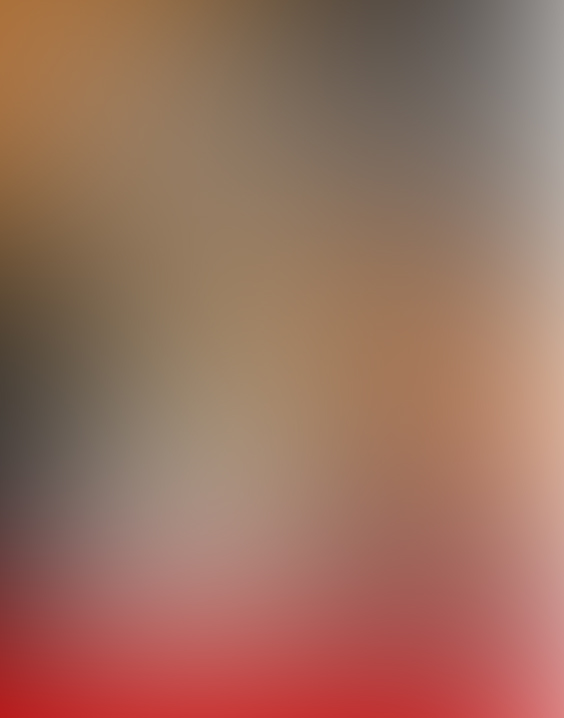 “Prophecy played an important part in the lives of the Maya,” Commander X tells us, “and occupied a prominent position in their literature. Nor was the Maya prophet without honor in his own country. Foretelling the future was the profession of a special branch of the priesthood, the members of which were called ‘chilans.’ The word means mouthpiece, spokesman, or interpreter, and it was the chilans who delivered to the people the responses of the gods. The chilans were held in such high esteem that they were carried on men’s shoulders when they went abroad.”

If you missed Part I of this article click here: https://www.ufodigest.com/article/space-prophecies-0314

According to the books left behind by the chilan prophets, the Maya awaited the arrival of a god from the sky, or the heavens, as a final fulfillment of one stage of their calendar. While this “god” can obviously be argued to mean many things, it can also be seen to fit the model of Planet X’s world-ending arrival.

There is also a fairly long discussion of the theories of Zechariah Sitchen concerning the planet Nibiru, which is referred to in the ancient cuneiform writings of the Sumerians from some 6,000 years ago. In the cuneiforms, Nibiru is designated by the sign of the cross, which meant “planet of the crossing.”

“Scholars were undecided on what planet was supposed to be Nibiru,” Commander X writes. “Some said it was Mars, which was described and known to the ancient people. Others said it was Jupiter. Sitchin decided that they were all wrong because the cuneiform scripts’ depiction of Nibiru and its position when it nears the sun indicated that it could not be Mars or Jupiter. This could only mean that it is one more planet that comes periodically between Mars and Jupiter; it is sometimes nearer to Mars and sometimes nearer to Jupiter.”

Sitchin felt this answer, that there was another unknown planet in the mix, was a breakthrough that caused other mysteries to fall into place, such as the Mesopotamian Epic of Creation on which the first chapters of Genesis are based. The Sumerians wrote that they had received their knowledge of astronomy and mathematics, which in many respects surpassed that of modern times, from beings they called the “Anunnaki.” For Sitchin, this was proof that we are not alone in the universe and that a more advanced people than us are in our solar system.

The unknown planet called Nibiru was also known by other ancient societies. Between the Babylonians and the Mesopotamians there were at least three names: “Marduk,” “King of the Heavens,” and “The Great Heavenly Body.” The ancient Hebrews called it the “Winged Globe” due to its long orbit high among the stars. The Egyptians had two names, “Apep” or “Seth.” The Greeks called it “Typhon,” after a dreaded leader, and “Nemesis.” Other ancient peoples have given it names such as “The Celestial Lord Shiva” and “Gung-gung,” as well as “The Great Black” and “Red Dragon.” The Phoenicians said it was “The Great Phoenix,” while the Maya called it “Celestial Quetzalcaotl.” To the Romans, it was “Lucifer” and “Wormwood.”

The list goes on. “The Red or Blue Star” is from the Hopi Indians. The “Fiery Messenger” is in the Ramala prophecy of the Hindus, while some believe it is the “Great Star” mentioned in the Book of Revelation. Edgar Cayce referred to it in his readings as “His Star,” and the early English prophet Mother Shipton called it “The Fiery Dragon.”

The chapter on Sitchin also includes his theories regarding the creation of mankind and the conflict between the gods over how man was to be treated and enlightened, or not enlightened, to various spiritual mysteries.

Tim R. Swartz contributes a chapter on Immanuel Velikovsky, a Russian-born psychiatrist whose book “Worlds In Collision” became a bestseller in spite of efforts by some in the scientific community to undermine its success by boycotting Velikovsky’s publisher.

In “Worlds In Collision,” Velikovsky argues that the terrifying “gods” of the ancient world were planets, and he tells the story of two near-misses between Venus and Earth.

“Included in the same volume,” Swartz writes, “was a large section on the ancient war god, whom Velikovsky identified as the planet Mars. He claimed that for hundreds of years after the Venus catastrophes, Mars moved on an unstable orbit intersecting that of Earth, leading to a series of Earth-disturbing events in the eighth and seventh centuries B.C.E.”

A list of other specific hypothesized catastrophes put forward by Velikovsky is included in Swartz’s chapter. Velikovsky believed that certain miracles recorded in the Bible were due to aberrations in the behavior of the planets and did not require the direct hand of God. His ideas continued to be very controversial, and he attracted some exuberant supporters, along with scorn, ridicule and even attempts at censorship from the scientific community.

At the time, the 1950s, the notion proposed by Velikovsky that celestial bodies could influence and cause destruction upon the Earth was considered scientific heresy. Since that time, it has become an accepted fact that a comet may have been responsible for wiping out the dinosaurs. Velikovsky was also proven right about other things, such as his belief that Jupiter periodically becomes unstable and ejects excess mass, as well as emitting non-thermal radio noise. Yet none of this served to vindicate him in the eyes of many orthodox scientists, who countered that he had been right about those things only randomly, or, in other words, by “chance.”

While Velikovsky never commented directly on Planet X, he did lay the groundwork for what is now called “catastrophism” and changed the thinking of many. Today, most geologists accept the catastrophic theory, taking the view that Earth’s history is a slow, gradual story punctuated by occasional natural catastrophic events that have affected Earth and its inhabitants, Swartz tells us. What Velikovsky teaches us about the past obviously makes the threat of Earth’s future collision with Planet X a little more palpable.

Meanwhile, in Diane Tessman’s chapter, called “The New Dawn of Consciousness,” we are urged not to be ruled by fear when contemplating the coming of Planet X and other looming disasters and “earth changes.” Tessman channels an entity called Tibus, who, first of all, does not believe Planet X even exists. However, Tibus counsels us, through Tessman, to view the inevitable destruction as something to celebrate, since it will ultimately lead to the creation of a New Earth that thrives beyond the boundaries of time as we now know it. The fear engendered by many apocalyptic beliefs only serves to permit negative entities to ensnare our minds in needless anxiety and to distract us from the more important mission of evolving spiritually.

Filmmaker Poke Runyon, in his chapter called “The Fallen Angel Samyaza’s Prophecy of Doom,” reiterates the fact that Planet X has been called by many names. Zechariah Sitchin called it “Nibiru,” while Richard Shaver called it “Nord.” Runyon’s Samyaza entity calls it the “Dark Star,” as depicted in Runyon’s science fiction film “Beyond Lemuria.” Runyon speculates that Planet X is a huge planet with a hot core and may have a few active volcanoes similar to Earth’s. Calling it a “stealth planet,” Runyon says he relies on the historical and geological record, along with our mythology, as evidence that Planet X does indeed exist.

“Out of the Darkness: UFO Revelations and Planet X” concludes with a chapter by publisher Timothy Green Beckley called “Polar Shift and the Drowning of America” which examines the catastrophic possibilities inherent in a polar shift, as prophesied by Ruth Montgomery, Edgar Cayce, Nostradamus, Helena Blavatsky and the Hopi Indians. The idea is that Earth may one day flip end over end in space as the result of unchecked growth of the Antarctic icecap.

Beckley also shares prophecies spoken to him by friends and acquaintances who said they had profound, overwhelming visions of New York City and the entire East Coast being completely swallowed by floods and tidal waves whose nightmarish enormity they could not adequately describe. The sheer terror that resulted from these visions is something they still have not overcome completely, and they await the fulfillment of those visions with something like a healthy dread.

But as Beckley assures us in his introduction to the book, we are not facing these egregious disasters all alone. We, the human race, will have the assistance of “Space Brothers,” or what might have been called “a heavenly host” in earlier times. Humanity is a battleground for the war between Good and Evil, an idea expressed in Beckley’s intro most eloquently by Canadian scientist Wilbur Smith.

“This struggle has been going on from time immemorial,” Smith says, “but never in the world’s history has the conflict been more intense than it is in this present era of confusion and unrest. This battle for man’s mind is being waged on two fronts, the physical and the metaphysical, and the object of the fight is to bring about either the spiritual salvation or destruction of homo sapiens.”

Where Planet X fits into that overall picture remains unknown of course. The mysterious celestial body could play a large role in some future doom scenario or it could be another fleeting, needless fear conjured from our own need to project “closure” onto the endless riddle that is the passing of time. Reading “Out of the Darkness” will at least help to sketch in the questions for the reader, and perhaps we should consider that sufficient for now.