UFODigest.com » Science » Space » Disasters » QUESTION – WHAT’S SMALLER THAN A LUNCHBOX AND AS DEADLY AS A NUCLEAR BOMB? THE MYSTERIOUS RED MERCURY 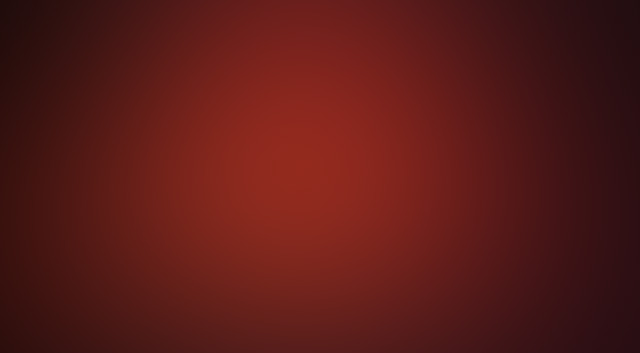 The CIA says it doesn’t exist. Terrorists and rogue nations have offered to pay millions of dollars to procure it. Scientists fear its lethal potential.

Red Mercury – this ominous name has long been whispered among the operatives in the nuclear underground and in the dark avenues of international espionage.

Red mercury is a compound containing mercury that has undergone massive irradiation. When exploded, it creates tremendous heat and pressure – the same type needed to trigger a fusion device such as a mini-neutron bomb.

Before, an obstacle to creating a nuclear bomb was the need for plutonium, which, when exploded, creates a fusion reaction in hydrogen atoms. But red mercury has changed that. The cheap substance has allegedly been produced in Russia and shipped on the black market throughout the world.

Do terrorist organizations now have red mercury neutron bombs? Some scientists say that with the help of red mercury, nuclear weapons of unimagined power could be contained in a package smaller than a softball and easily hidden in cities all over the world.

The potential is frighteningly real.

A man sits on a park bench across the street from the White House eating his lunch. He carries with him a brown paper bag – or perhaps even a lunch box. He keeps to himself. No one has any reason to pay any attention to him. Too bad they don’t. After five or ten minutes, he gets up and walks away. He has left his “empty” bag behind. Five minutes later, there is a deafening explosion. A bomb has exploded that is so powerful – yet so small – that it kills everyone in the White House and most people within several yards in all directions.

The red mercury compound causes the neutrons to do the damage. They also blow out computers through electromagnetic pulsation. Because the bombs are so light and undetectable, these devices can be smuggled easily across the border hidden inside a coffee can. 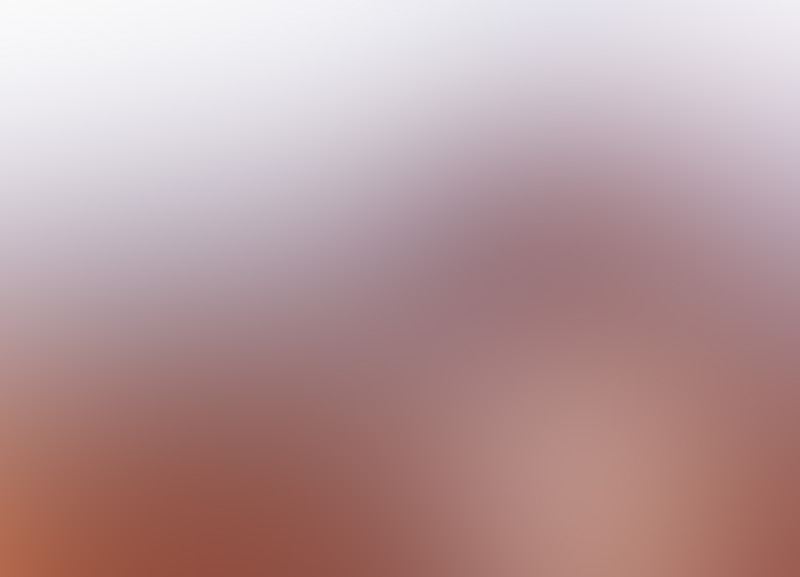 Researcher Tim R. Swartz has been investigating the possible effects of Red Mercury for over a decade.

The foregoing are the chilling opening paragraphs of the Red Mercury section of “The Final Nail In Your Coffin: A Pox To All Of Mankind,” the new release from Inner Light/Global Communications authored by the prolific conspiracy theory researcher Tim R. Swartz.

THE FATHER OF THE NEUTRON BOMB SAID RED MERCURY IS A GENUINE THREAT!

The “bomber on the park bench” scenario Swartz recounts above sounds like something out of a James Bond movie, but Swartz’s actual source is the late physicist Samuel T. Cohen, the inventor of the neutron bomb.

Cohen took an active part in the public debate over whether red mercury exists and is being sold on the black market. Cohen claimed that red mercury was a real-world threat, a powerful ballo-technic material that directly compressed the fusion fuel without the need for a fission primary. In other words, it simplified the chemical processes needed for detonating a nuclear weapon and made actually building such a device much cheaper.

Bombs using red mercury had no critical mass, he said, and could be developed at any size. But Cohen also claimed to know that the Soviets had produced a number of “micro-nukes” based on red mercury that were as large as a baseball and weighed ten pounds. The existence of such weapons meant that any effort to control nuclear proliferation based on fissile material was thus hopeless, according to Cohen.

But as Swartz explains in “The Final Nail In Your Coffin,” the red mercury story is not completely cut and dried yet. There is a long trail of espionage, murder and black market con artists that makes for a fascinating tale of intrigue and deception.

For example, there is the story of Ian Kidger, the international sales director of British-owned Thor Chemicals, which imports mercury waste into South Africa for recycling. Kidger hung up the phone in early November 1991, told his wife he would be back shortly, and slipped out of his Johannesburg home. He was found several days later stuffed into the trunk of his BMW sedan by two car thieves. His arms, legs, buttocks and head had been sawn off and covered in a black mercury compound.

The killing was first blamed on eco-terrorists angry about Thor Chemicals’ polluting the soil and groundwater, but the South African media heard the suggestion that red mercury was involved and ran with the more sensational story. Kidger’s murder remains unsolved and the existence of red mercury unproved.

When the substance first appeared on the international black market in 1977, the supposedly top secret nuclear material was “red” because it came from the Soviet Union. Later it took on an actual red color.

But the U.S. Department of Energy was quick to call it much ado about nothing.

“Take a bogus material,” a report from the agency read, “give it an enigmatic name, exaggerate its physical properties and intended uses, mix in some human greed and intrigue, and voila: one half-baked scam.”

The report continued by saying that the “wonder substance” was offered as a modern philosopher’s stone that can do just about anything: it makes stealth aircraft stealthier, infrared sensors more sensitive, counterfeits harder to detect, and atom bombs smaller and easier to build. Sometimes it is said to be radioactive, sometimes not.

All the samples of alleged red mercury recovered by official agencies throughout the world have failed to have any special military application. Samples have been shown to include pure mercury, mercury tinged with brick dust, depleted nuclear reactor fuel and various familiar mercury compounds like mercuric oxide. One lazy con artist tried to sell mercury in a bottle painted red with nail polish.

COHEN NEVER BACKED DOWN: RED MERCURY IS NO JOKE!

But if red mercury could essentially be laughed off as a ridiculous, non-threatening joke, why did someone with the scientific stature of Samuel Cohen argue otherwise?

In 1944, Cohen had been part of the top-secret Manhattan Project to develop atomic weapons at Los Alamos, New Mexico. He was present at the first atomic explosion and saw firsthand the awesome power of the weapon as human history entered a new age. After the war ended, Cohen joined the Rand Corporation, where he began to be obsessed with creating a neutron bomb, one that would use nuclear fusion in a different way.

With Cohen’s proposed weapon, the detonation would still produce an explosion, but one much smaller than standard nuclear weapons. The main impact of a neutron bomb would be the release of high energy neutrons that would take lives far beyond the blast area but would also destroy fewer buildings, cars, tanks, roads, highways and other structures. And, unlike standard nuclear bombs that leave long-term contamination of the soil and infrastructure, the neutron radiation quickly dissipates after the explosion.

In spite of all those apparent advantages, the neutron bomb was never given the green light by U.S. politicians or the military establishment. When Cohen continued to advocate the bomb’s deployment in Vietnam, the Rand Corporation fired him in 1969. He went on to help the French build their own arsenal of neutron bombs and eventually persuaded Ronald Reagan to construct a thousand neutron bombs that were later dismantled by the Bush administration after the fall of the Berlin Wall.

Meanwhile, Cohen claimed that there was evidence that China had a stockpile of neutron bombs and had received the technology to build them from the U.S. Russia and Israel were believed to have them as well. But Cohen’s bigger concern was how the use of red mercury made it relatively easy to build the neutron bombs he himself had invented.

Although he never divulged his sources for the information, Cohen believed red mercury had been successfully produced in Russia and was being sold in countries of the former Soviet Union to terrorists who could use the material to make the events of September 11, 2001, look pale by comparison. The rise of organized crime in Russia adds to the danger of the situation as trafficking in nuclear material – to include red mercury – is believed to be rampant.

From Russia come official denials, but the “Jane’s” publications [a British publishing company generally considered to be the most reliable public source of information on warfare and transportation systems] in London say that red mercury is more than just a scam where peddlers deal in a nonexistent fantasy chemical. The “Jane’s” group claims that red mercury is produced in several Russian military centers, including some in Kazakhstan, at the rate of about 60 kg a year. Much of that is placed on the black market by the Russian mafia, where red mercury sells for about $300,000 a kilogram. Customers allegedly include Israel, Iran, Iraq, Libya and Pakistan, and some of them may be employing Russian scientists to assist in making low-yield nuclear weapons.

All of this does indeed paint a frightening picture. Will the U.S. and other countries find themselves held hostage with nuclear terrorism by groups bent on total world domination with their iron-handed fundamentalist extremism? How can we prevent this and other potential terrorist threats from destroying the world as we know it?

The Final Nail In Your Coffin! – A Pox To All Of Mankind: Morgellons And Red Mercury “Plagues” Created In NWO Labs Of “Mad Scientists”