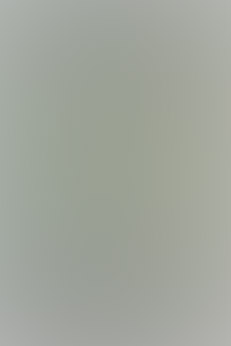 One of the perks of being a UFO journalist is that publishers are sometimes eager to send me free review copies of their latest releases. Recently, I was very pleasantly surprised to receive an unsolicited – but much appreciated – copy of the recent reissue of Raymond Fowler’s classic work on alien abduction, “The Andreasson Affair.”

The press material that came with the book made it obvious that it was being marketed for a new audience unfamiliar with “The Andreasson Affair,” which was originally published in 1979, a whopping 35 years ago. It seemed as though the publicist had no clue as to what an important and influential work “The Andreasson Affair” really is and how it preceded so much that we take for granted in the present day about abduction research and the methods utilized in that research.

I realize some UFO Digest readers may also be unfamiliar with the events recounted in “The Andreasson Affair,” so I will briefly summarize them here. In 1967, New England housewife Betty Andreasson was at home with her children. It was the night of January 25, a typically cold night for the region, and the children had been fed and dressed and were watching “Bozo the Clown” on television. Betty was in the kitchen, finishing up a few remaining chores. Suddenly the lights went out throughout the house and a curious pink glow began to shine in through the kitchen window.

What followed is an alien abduction story that never ceases to both amaze and comfort me. It involves the familiar gray aliens, journeys to and from waiting UFOs, alien medical procedures and frequent episodes of missing time. As with nearly all abduction accounts, most of the narrative information was obtained by the patient and careful use of regressive hypnosis. Another familiar element is that the aliens were obviously interested in Andreasson and other members of her family, abducting not only her but her daughter Becky and her second husband, Bob Luca. Fowler sums this aspect up by saying that alien abduction is almost invariably a “family affair.”

But the amazing and comforting part is this: the aliens who spoke to Betty that night spoke of Jesus as “coming soon.” They also told Betty not to fear because the Lord is with her. They warned her that she would undergo many trials but that love would guide her and answer her throughout whatever she endured.

The aliens recounted in most abduction literature generally say very little to their abductees. This fact has been compared to, for example, a cat being treated by a veterinarian. What can a veterinarian actually “say” to a cat to explain the various medical processes being carried out in the cat’s treatment, let alone their ultimate purpose? But, in Betty’s case, the aliens DID speak to her, in terms of her devout Christian faith and with comforting promises that any believer would be glad to hear. Betty has never wavered in her belief that the gray abductors are angelic creatures preparing the way for the Second Coming of Christ.

I first heard of Betty and her angelic encounters when reading Whitley Strieber’s “Transformation,” his first sequel to his groundbreaking bestseller “Communion.” It was 1989, I think, ten years after “The Andreasson Affair” had first been published, and it wasn’t easy to get a copy at that point. But I eventually found one through a mail order house and read it eagerly, as well as the sequels that followed. (Those sequels are “The Andreasson Affair, Phase Two,” “The Watchers,” “The Watchers II,” and “The Andreasson Legacy.” One can only hope they will all be reissued at some point as well.)

I would later have the privilege of interviewing both Betty and the UFO researcher who told her story so capably, Raymond Fowler, many times. Both Betty and   Raymond have been hugely important to my writing career, on the one hand, but, even more crucially, they have helped to shape my beliefs about UFOs and Christianity to a degree I cannot overstate.

And I am not alone in this opinion. I interviewed Whitley Strieber in 1993 and asked him a question about Betty. He told me that Betty’s story was something you grab hold of when you’re sinking. She is one of the few people who can take the basic abduction experience and really “make it fly.” The rest of us, meaning average abductees, often find ourselves “struggling in the muck,” but Betty’s story somehow lifts us out of that, Whitley told me. He also said he drew comfort from the drawings Betty had made of her experiences, some of which are included in “The Andreasson Affair” and its many sequels.

Another fascinating – and inspiring – factor in all this is what happened to Raymond Fowler as he was researching and writing about Betty. Raymond came to realize he was himself an abductee who had encountered the same sort of beings that Betty had. Raymond is also deeply Christian and underwent a crisis of faith that ultimately resulted in his bridging the gap between his formerly very conservative religious beliefs and his newfound understanding of some of the moral complexities bound up in the abduction experience. He told me at one point that a few members of his family still considered the aliens to be demonic entities, if viewed in spiritual terms at all,   but that he had worked through that sort of limited, black-and-white moralizing to his own satisfaction.

With all that in mind, one should happily snap up a copy of the reissue of “The Andreasson Affair.” If you haven’t read it, an entirely different understanding of alien abduction – and a whole new world – awaits you.

The book is available from Amazon at the link below.