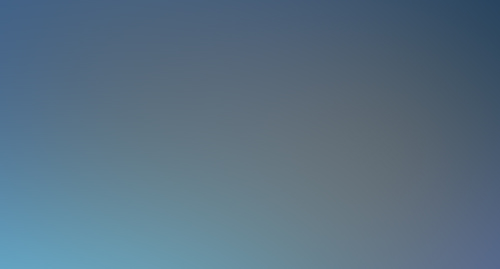 Paul Eno has another interesting story to tell in “The Bell Witch Project.” In 1692, in Cape Ann, Massachusetts, an apparent invasion by an army of ghosts or demons took place. It started at the home of Ebenezer Babson, who, along with his family, on a nightly basis, heard strange noises outside their home “as if some persons were running hither and thither about the house,” Eno writes. Returning home late one night, Babson saw two figures emerge from his front door. After his family told him no one had been there, Babson grabbed his gun and gave chase. The two figures fled into a swamp and one was heard to say, “The man of the house is now come, else we might have taken the house.”

IF YOU MISSED PART I OF THIS ARTICLE CLICK HERE:  https://www.ufodigest.com/article/bell-witch-0408

Tim R. Swartz believes strongly that at least some UFOs are paranormal in nature.

In the days that followed there were other similar local incidents of phantom figures who were immune to bullets and spoke in an incomprehensible language. More of these specters appeared both by day and night, dressed in white and carrying “bright guns,” though they acted more like hooligans than soldiers. Some believed the Devil was loose in Cape Ann. Whoever the phantoms were, they grew more emboldened every day.

“They threw stones, beat upon barns with clubs, and otherwise acted more in the spirit of diabolical revelry than as actuated by any deadlier purpose,” wrote 17th century historian and witch hunter Cotton Mather. “They moved about the swamps without leaving any tracks like ordinary beings. It was evident that such beings as these were must be fought with other weapons besides matchlocks and broadswords; consequently, a strange fear fell on the Cape.”

The residents of Cape Ann called upon the nearby town of Ipswich for help, and Ipswich sent 60 men to do battle with the “Powers of Darkness.” The demonic hooligans were not impressed and treated the mortal combatants with open contempt. Once it was settled that the “insults” proceeded from specters and not human beings, the incidents ended as suddenly as they began.

Eno offers the theory that the Cape Ann demon invasion had much to do with stirring people up about the paranormal and contributed to the witch hysteria in Salem and Danvers that would begin in earnest that same year.

The monstrous Rolling Heads of Native American lore are almost too horrifying for the movies, though it would be just the sort of thing current CGI technology could do a good job with. There are several different versions of this story, but they all center on man-eating monsters who appear as an undead, disembodied head with long, tangled hair. The heads roll along the ground chasing humans to kill and devour.

Rolling Heads are created when victims of particularly violent murders rise from the dead to seek revenge. In most stories, this takes the form of an angry man who murders his unfaithful wife, although in some versions the victim is killed for witchcraft or violating some taboo. The story is sometimes made more gruesome by the addition of forced cannibalism, such as feeding the flesh of the mother to her unsuspecting children or feeding the wife part of her own meat as she lays dying.

Eventually the series of evil acts leads the Rolling Head to rise from the victim’s grave and take revenge on the killer. It then proceeds to terrorize its own children and/or the neighboring people until someone manages to destroy it. Some say that Rolling Heads can only be killed by drowning, while others say this is accomplished with magical powers or by causing the heads to fall off cliffs or into pits.

Never being one to take the easy path, intrepid adventurer, writer and publisher Timothy Green Beckley shares his accounts of visiting Sleepy Hollow, New York, the home of the Headless Horseman, and Jerome, Arizona, a sleepy former mining town made alive by the continual presence of spectral prospectors and tragically wronged ladies of the evening.

As Beckley pondered the fact that Sleepy Hollow had been overflown by UFOs repeatedly in the famous Hudson Valley flap of the 1980s, his traveling companion, a woman named simply Circe, cracked open their copy of Washington Irving’s famous story “The Legend of Sleepy Hollow” and read: “A drowsy, dreamy influence seems to hang over the land and to pervade the very atmosphere. Certain it is, the place still continues under the sway of some witching power that holds a spell over the minds of the good people, causing them to walk in a continual reverie. They are given to all kinds of marvelous beliefs, are subject to trances and visions, and frequently see strange sights and hear voices and music in the air. Stars shoot and meteors glare oftener across the valley than in any other part of the country.”

That last sentence, about the frequency of stars shooting and meteors glaring, seems to offer a clue that Sleepy Hollow was a UFO hotspot even centuries ago when Irving first wrote about the bewitched New York hamlet. It serves as an excellent example of the paranormal continuum that connects ghosts and UFOs and other mysterious phenomena.

Meanwhile, in the aforementioned Wild West tourist locale, Jerome, Arizona, prostitution was never formally legal but it was tolerated by city lawmakers and essentially flourished. Jerome even had its own Red Light District known as Husband’s Alley.

According to tour guide Ron Roope, “The women of the night often underwent cruel hardships at the hands of their clients. There were beatings, stabbings and strangulation. There was also the specter of alcoholism and opium addiction, to say nothing of disease. Sammie Dean is probably the most famous case of a lady of the night who was murdered under horrendous circumstances.”

The story goes that Sammie was murdered in 1931 by the son of the mayor of Jerome when she refused his offer of marriage as he wined and dined her at an upscale restaurant. The next morning she was found brutally strangled to death. No charges were ever pressed, but the mayor’s son left town shortly after the incident. The spirits of Sammie and other lesser-known “sporting gals” can be seen and heard wandering the streets by the town’s community center, which has been tagged “Spook Hall.”

Publisher, researcher and co-host of the “Unraveling The Secrets” podcast Tim Beckley has long been pushing the connection between the paranormal and UFOs.

“I have discovered that there are many similarities,” Beckley said, “between what happens in a séance room and what happens at a UFO landing site. Objects move, people levitate, mysterious orbs appear to dance around, and sometimes the primary observer will start to channel the occupants of the craft they have seen. There is a certain ‘dark side’ of UFOlogy which encompasses what I call the ‘fear factor.’ Many UFO percipients tend to keep silent about what transpires in the aftermath of their encounter. They feel that seeing a UFO is strange enough, so why add to the ‘believability’ and trauma of the episode in question? Even physical trace investigator Ted Phillips, who was a close associate of the late Dr. J. Allen Hynek, started out believing in the ET Hypothesis for the origin of UFOs but now concedes – mainly because of his research into the ongoing phenomena surrounding Marley Woods – that there is a paranormal aspect to UFOs that serious ‘nuts-and-bolts’ researchers have long overlooked.”

With the foregoing (and many other) bizarre narratives on offer, the profusely illustrated “The Bell Witch Project” is essential reading for those interested in supernatural Americana. From 19th century poltergeist hauntings to New England vampires to man-eating Rolling Heads, stories abound that will surprise and terrify and which most likely have escaped your notice until now. When we think of the hardy pioneers who settled this country, we should also consider the frightening paranormal encounters that came with the territory. Our forebears not only fought  Indians and British and French armies but also strange interlopers from the unknown who sometimes came to vent the rage of hell itself on hapless farmers and ordinary folks of all stripes.

AMERICA’S STRANGE AND SUPERNATURAL HISTORY: INCLUDING PROPHECY OF THE PRESIDENTS