UFODigest.com » Aliens and UFOs » THE BELL WITCH – POLTERGEIST ACTIVITY AND THE UFO PHENOMENON 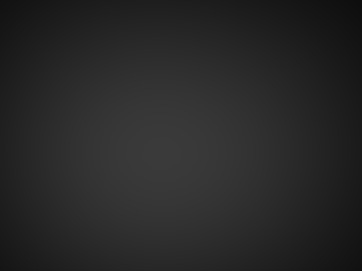 That poltergeist activity often follows in the wake of a UFO encounter is a generally recognized fact and has been documented frequently by researchers of alien abduction and other paranormal investigators. Whatever the source of the energy is that drives a “noisy ghost,” UFO witnesses seem to possess it in abundance.

There is even a scene in Steven Spielberg’s classic 1977 UFO movie, “Close Encounters of the Third Kind,” in which actress Melinda Dillon is laid siege by various household objects moving of their own accord and creating a frightening sense of chaos that precedes the abduction of her young son by the aliens. It is sometimes argued that many kinds of paranormal events – including Near Death Experiences and hauntings – form a kind of supernatural continuum and are all manifestations of the flying saucer occupants operating from various planes outside our everyday reality. 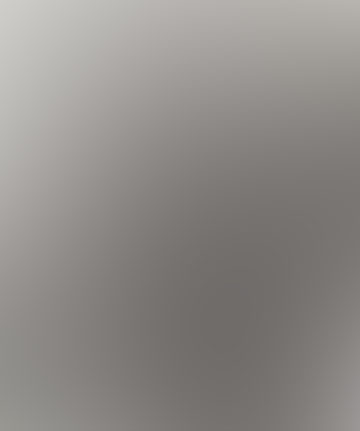 Objects were seen floating in the air — common at both poltergeist infestations and UFO encounters.

If such is the case, then it behooves us to study subjects like poltergeist hauntings in the hope of better understanding how the different aspects of UFOlogy form a cohesive whole. The new release from the publishing house Global Communications called “The Bell Witch Project” does just that when it examines an early 19th century poltergeist haunting that received wide publicity in the U.S. and remains a controversial case to this day. The new book is part of the “Very Strange People” series that also includes a volume on “Mad” Mollie Fancher, a celebrated “fasting girl” who claimed to live for 51 years without ingesting a single morsel of food.

WHO WAS THE BELL WITCH?

The uniquely American story of the Bell Witch haunting, in which a ghost took up residence in the home of a Kentucky farming family in 1817, began when John Bell, the head of the family, was out walking through his cornfield. He sighted a strange, doglike creature in the distance that suddenly disappeared. Around the same time, Bell’s son and daughter were walking through an orchard when they noticed an old woman walking beside them. When the daughter spoke to the old woman, the old woman simply disappeared.

These sightings were followed by strange, inexplicable noises in and around the Bell house, such as knocking sounds on doors and windows, wings flapping against the roof and animals fighting and scratching. As the noises became more intense, the family tried desperately to find the source but found nothing. Then bed coverings began slipping off the beds as if being pulled by someone. Sometimes one could hear noises like lips smacking and gulping. The Bell household became a noisy nightmare.

One night the spirit began to talk, introducing itself with hysterical, mocking laughter. When asked its name, the spirit answered “Kate.” The spirit began to speak incessantly, arguing theology, teasing and tormenting, spreading gossip and singing loudly. She seemed to know intimate details about everyone and took great delight in being able to pester the household at will.

The poltergeist claimed to have been conjured by the deceased spirit of a woman named Kate Batts, whose invalid husband had been cheated in a slave deal with John Bell. There are historical records to the effect that Bell had been convicted of the crime of usury, or charging excessive interest, in the deal. On her deathbed, Kate Batts swore she would haunt Bell and his descendants.

The spirit abused John Bell in many ways. She threw furniture and dishes at him, pulled his nose, yanked his hair and poked needles into him. She yelled at night to keep him from sleeping and snatched the food from his mouth at mealtime, all in the effort to vent her anger and hatred.

No one ever saw Kate/the Bell Witch, but every visitor to the Bell home could hear her all too well. Future president Andrew Jackson, who at the time was a general in the Tennessee militia, once visited the Bell home, curious to see if the widely circulating stories were true. “I’d rather fight the British in New Orleans than have to fight the Bell Witch,” Jackson is alleged to have said after spending the night in the Bell home.

John Bell died in 1820, weak and exhausted by years of physical abuse from the Bell Witch. At his funeral, attended by hundreds of friends and curiosity seekers, Kate laughed and mocked the family, singing loudly and joyously in her triumph. Kate stayed on the Bell property for another year and then departed. She returned briefly seven years later. The remaining members of the Bell family either died or moved away but, to this day, strange lights and ghostly apparitions have been seen in the area. Some believe that John Bell’s restless ghost still wanders the land he once owned and farmed.

ANOTHER PERSPECTIVE ON THE BELL WITCH STORY 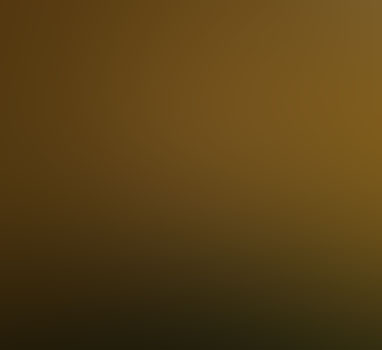 Medium and UFO observer Shawn Robbins adds to the knowledge of the “Bell Witch” poltergeist by traveling back to the time of the event under the direction of the original “ghost hunter,” Hans Holzer.

“The Bell Witch Project” also offers the perspective of present day psychic Shawn Robbins, a protégé of the late ghost hunter, Hans Holzer. Hans often relied on Shawn’s psychic abilities in order to facilitate contact with spirits from the other side since he possessed few such powers himself. In the book’s opening chapter, Shawn talks about the day Hans invited her over to try to establish a “remote-viewing” link to the Bell Witch house. After Hans put Shawn into a hypnotically-induced, trancelike state, she revealed aspects of the story previously unknown.

“I immediately encountered the ethereal spirit, Kate Batts,” Shawn writes, “who had a distraught and distressed look on her face. She quickly pointed to her belly and said, ‘It is not my child.’

“‘Who then?’ I asked. ‘The slave Wilbur,’ she replied. I asked Kate why this was important. She answered, ‘I was raped.’ At that very moment I knew this was the information that Hans sought and had eluded so many others. In further conversations with the Bell Witch, Kate revealed to me she carried the child for seven months and gave birth to it prematurely. The male child died a few hours later. When her husband saw the baby was not his, he immediately went into shock and accused Kate of having an affair.”

The relationship between Kate Batts and her husband Frederick was never the same afterward. Frederick never forgave what he took to be her adulterous union with a slave, and Kate never forgave herself for never telling Frederick she was raped.

When Shawn awakened from her trance, Hans wrote down everything she said and later used the material on the Bell Witch in one of his many books. The idea that Kate Batts was raped by a slave adds credibility to the notion of her anger and desire for vengeance and its expression from beyond the grave.

“The Bell Witch Project” also covers other forms of paranormal strangeness, including legends of vampires and spectral invaders. Noted author and talk show host Paul Eno – www.behindtheparanormal.com  – has collected many a weird tale over the years, including – surprisingly enough – real life vampires in early America.

“Each of our six New England states has had vampire cases,” Paul writes. “Several of the more striking incidents occurred in eastern Connecticut and Rhode Island in the period between roughly 1770 and 1900. Belief in vampires, in one form or another, has filtered down from the remote past.”

Eno tells the story of the Brown family of Rhode Island. Mary Brown, the mother, died of consumption on December 8, 1883, leaving her husband to care for their one son and several daughters. Six months later, the oldest daughter, 20-year-old Mary, died of the same disease. Edwin, the son, contracted consumption and relocated to Colorado, hoping to recover in a different climate. Declining rapidly, Edwin returned to Rhode Island, only to find that his 19-year-old sister Mercy had the disease and was in even worse shape than he.

As Edwin battled for his life, Mercy died in January of 1892. Twelve members of the Brown family conferred on what could be done for Edwin, who, given his former strength and health, should not be wasting away. They concluded unanimously that a vampire must be draining the life out of him – a vampire that likely resided in the grave of one of the three deceased family members.

“So, on a cold March day in 1892,” Eno recounts, “a grim assembly arrived at the Chestnut Hill   Cemetery in Exeter. The remains of Mrs. Brown and Mary, buried for years, proved to be only skeletons. But in Mercy’s grave was a startling find. Not only did the body look in the pink of health, with blood in the heart and arteries, but it had turned over partway in the coffin. The vampire hunters cut the girl’s heart from her body and burned it on a rock that still can be seen not far from the grave.”

The ashes of the heart were gathered up, to be dissolved in medicine in the hope of curing Edwin. The grotesque remedy did Edwin no good; he died shortly thereafter.

AMERICA’S STRANGE AND SUPERNATURAL HISTORY: INCLUDING PROPHECY OF THE PRESIDENTS