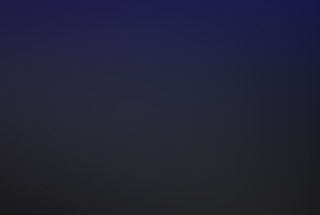 In a book published by Tim Beckley’s Inner Light Publications, called “Project World Evacuation,” the late contactee, Tuella, lays out in exquisite detail another take on what the Second Coming will include: the promise that some UFOs will assist in the “great exodus” of human souls off this planet. Tuella channeled Ashtar, her name for the alien Space Brother who “spoke” to her and other fellow believers. “You will be hosted by us, fed and housed comfortably in a great mother ship,” Ashtar told her. Another Space Brother entity, called Andromeda Rex, even volunteered information about the food: “It will be as nearly normal to your accustomed foods as we can arrange it. It will include some drinks and foods that are new to you, but we are attempting a cuisine that will be favorable to all, with personal choices where needed.”

It is comforting to know that the Chosen Ones will be well-fed in outer space, but the most joyous aspect of the great adventure will be “in the mingling of beings from all worlds,” when the evacuated earthlings will be introduced to their galaxy and universe.

If you missed PART I of this article click here: https://www.ufodigest.com/article/mass-landing-0604

The exact time of the great evacuation is not known of course, but is contingent on events on Earth.  For example, one message given in “Project World Evacuation” declares that, “We will not allow the entire planet to be destroyed. If atomic warfare does become activated, that will be the point of immediate mass evacuation by us of the prepared citizens of the Earth.”Tuella knows her audience. She is not preaching to the masses but rather to a specialized group prepared to understand her.

“Just as many are called but few are chosen,” Tuella writes, “likewise, many who read this book will neither understand nor receive the information.  But those special souls for whom it is intended will rejoice in its guidance and accept its timely and imperative revelation. 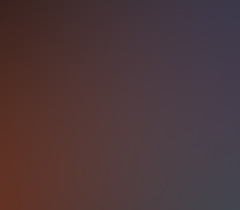 UFOs joining in the Rapture. “This information is not entertainment,” she continues. “It is comparable to ‘sealed orders’ given to dedicated volunteers on a strategic mission. It is dispersed to them, compiled for them and will be cherished by them. It is neither defended nor justified. It is data recorded as given and passed on to those for whom it is intended.”

There is a vaguely militaristic overtone to some of that passage; the phrases like “sealed orders” and “strategic mission” seem to imply that the Ashtar Command speaking through Tuella is extremely well organized and is definitely playing for keeps. But when you’re talking about the rescue and salvation of yourself and your loved ones, who would have it otherwise?

It is unfortunate that Tuella passed away before she could be interviewed for this book because her input would have been fascinating. Her Space Brother contacts have given her a beautiful blueprint for an alien Rapture complete with information on the living arrangements onboard the ships afterward. As a race, we stand on the cusp of Doom and Salvation, and the mysterious, ubiquitous UFOs will be a crucial element of both.