UFODigest.com » Aliens and UFOs » THE MYSTERY OF THE TESLA COLUMBIA DEATH RAY 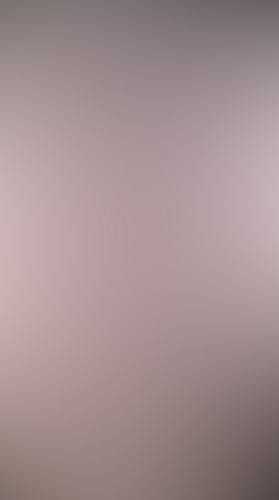 The tragic loss of the Space Shuttle Columbia and its seven astronauts will live forever in the memory of the American public. While the actual cause may never be known beyond a shadow of a doubt, it is nevertheless possible that an outside force acted upon the spaceship, an outside force that may have been set in motion many decades ago by the work of the legendary inventor, Nikola Tesla, and the shadowy scientists who followed in his wake.

I wrote a short book about this idea, entitled “Nikola Tesla’s Death Ray and the Columbia Disaster,” which has recently been revamped by Timothy Green Beckley’s Global Communications. The book has received some attention over the years, including requests for radio and television appearances, and the decision to republish it in a new format is part of Beckley’s continuing efforts to introduce readers to books and concepts that may have slipped through the cracks of their paranormal reading menu the first time around.

As reported in the February 10, 2003 issue of “Time Magazine,” the final 45 minutes of the Columbia’s descent to death went like this:

“Commander Rick Husband fired his de-orbit engines at 8:15 AM Eastern Time when the ship was high over the Indian Ocean. Half an hour – and half a world – later, it hit the edges of the atmosphere just north of Hawaii at an altitude of about 400,000 feet. Shortly after, a faint pink glow began to surround the ship, as atmospheric friction caused temperatures to rise to between 750 and 3000 degrees across various parts of the spacecraft’s underbelly. 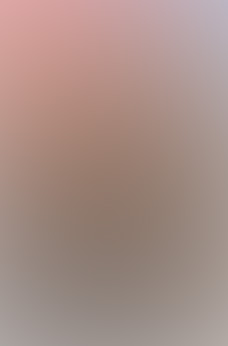 Is a form of Tesla technology responsible for the Columbia space shuttle disaster?

“The astronauts, busy monitoring their deceleration, temperature, hydraulics and more, didn’t have much time to watch the light show play out, and by the time the pink glow brightened from faint pink to bright pink to plasma white, the ship had arced around the planet into thick air and daylight.

“On the ground, things were smooth, too. At Cape Canaveral, the conditions were perfect for landing, with temperatures in the low 70s and a light breeze blowing, well within NASA’s wind limits. The families of some of the seven crew members had already been shown to the runway, assembling for their close-up view of the touchdown.”

But into that idyllic picture, the problems seemed to come from nowhere.

As the ship was flying over San Francisco, several technical malfunctions began to happen in rapid succession, with many of the shuttle’s sensors suddenly ceasing to transmit data back to Mission Control. As the Columbia reached the skies over Texas, spacecraft communicator Charlie Hobaugh attempted to alert the seven crew members. Commander Rick Husband began to respond to Hobaugh, but his transmission went dead before the astronaut could complete his first sentence.

Hobaugh tried repeatedly to re-establish contact, but soon the ship was coming apart over the Dallas-Fort Worth area. When the shuttle failed to land on schedule at 9:16 AM, NASA began a search and rescue effort.

“With reports coming back of a debris field that stretched from eastern Texas to Louisiana, and possibly even further, NASA put out the somewhat disingenuous word that fumes from the fragments could be dangerous and that people who found them should leave them where they lay and alert the authorities – as if any toxic fuel could have survived the heat of re-entry,” “Time Magazine” reported.

Was that initial warning from NASA about people not touching the fragments they found an early attempt to cover up just exactly what caused the Columbia to crash? Even the normally stalwart “Time Magazine” seems to distrust NASA’s real intentions there, calling the warning “disingenuous,” and one is led to speculate that the wreckage could have held clues vital to understanding whether a top-secret particle beam weapon was the real culprit in what happened to Space Shuttle Columbia and the seven astronauts who entrusted their lives to the integrity of the ship.

The idea of terrorism being involved was also an early concern, but that was quickly dismissed. Theoretically, a shoulder-launched missile could shoot down an aircraft, but no such missile could have reached the altitude the Columbia was at when it disintegrated. Also, security around the shuttle was simply so tight that it was considered impossible that some kind of explosive could have been smuggled onboard at some point prior to takeoff.

The mainstream press grappled publicly with other mysteries as well. The day after the Columbia disaster, “The San Francisco Chronicle” ran an article about photos taken by an amateur astronomer who photographed the space shuttles whenever their orbits carried them over the Bay Area. The photos revealed what appeared to be electrical phenomena flashing around the track of the shuttle’s passage. The photographer, who asked not to be identified, said, “They clearly record an electrical discharge like a lightning bolt flashing past, and I was snapping the pictures almost exactly when the Columbia may have been breaking up during re-entry.”

The “Chronicle” reporter, who was also the paper’s science editor, was invited to see the photos on the astronomer’s computer screen and wrote, “They are indeed puzzling. They show a bright, scraggly flash of orange light, tinged with pale purple, and shaped somewhat like a deformed L.” He also wrote that just as the flash appeared to cross the Columbia’s contrail, it seems as if the contrail brightened, thickened and began to wobble. The photographer said he could see none of this activity with his own eyes, but that it had showed up clearly on his film when he developed it.

On February 5, the “Chronicle” ran a follow-up story about NASA’s interest in the photographs. The space agency dispatched former shuttle astronaut Tammy Jernigan, then a manager at Lawrence Livermore Laboratories, to the San Francisco home of the amateur astronomer/photographer to examine the digital images. After viewing the photos, Jernigan also took the camera itself to NASA headquarters in Houston on a specially chartered T-38 jet.

“It certainly appears very anomalous,” Jernigan said of the strange purple light visible on the images. “We sure will be very interested in taking a very hard look at this.”

Did some unknown weapon cause the mysterious flash? Is that why NASA sent a former astronaut to view the images, then flew the camera itself to Houston?

From the account of the Columbia tragedy, we next flashback to September 22, 1940, when an article appeared in “The New York Times” in which Nikola Tesla first revealed his “Death Ray” to the public. The entire text of the article is included in “Nikola Tesla’s Death Ray and the Columbia Disaster,” but I will present only portions of it here. The article was headlined, “Death Ray For Planes.”

In the article, Tesla declared that he stood ready to divulge to the United States government the secret of his “teleforce,” which he claimed could melt an airplane motor at a distance of 250 miles. The device would allow for a “Chinese Wall of Defense” to be built around the U.S. that would protect the country from any attack by an enemy air force, no matter how large.

The Death Ray was based on an entirely new principle of physics that no one had ever dreamed about, and different from the principles involved in Tesla’s earlier inventions relating to the transmission of electrical power from a distance. The new type of force would operate through a beam one-hundred-millionth of a square centimeter in diameter, and could be generated from a special plant that would cost no more than $200,000 and would take only three months to construct. A dozen such plants, located at strategic points along the coast, would be enough to defend the country against all aerial attack.

Tesla further claimed that the beam could melt any engine, whether diesel or gasoline, and would also ignite the explosives aboard any bomber. No possible defense against it could be devised, as the beam would be all-penetrating through wood and metal alike.

This is obviously nearly laughably “dated” material, given that it speaks of planes powered by gasoline and diesel fuel. The technology of military aircraft has come so far since the era in which Tesla was speaking that it becomes difficult to see the relevance of his claims at all. But let us read further.

“The New York Times” writer continues by saying, “The beam, he states, involves four new inventions, two of which already have been tested. One of these is a method and apparatus that eliminates the need for a ‘high vacuum’; a second is a process for producing ‘very great electrical force’; the third is a method of amplifying this force, and the fourth is a new method for producing ‘a tremendous repelling electrical force.’ This would be the projector, or the gun of the system.”

Tesla also told the reporter that the voltage used to propel the beam to its target would attain a potential of 80 million volts, thus causing microscopic electrical particles of matter to be catapulted on their mission of defensive destruction. Tesla said he had been working on the invention for many years and had made numerous improvements on it.

It is interesting to note that Tesla was promoting the invention as a weapon of defense, not as an offensive weapon of mass destruction. Tesla said that, given adequate funding, he could have the device up and running within three months. Had the government taken him up on his offer, he might have had the Death Ray in place before the attack at Pearl Harbor, which happened a little more than a year after Tesla went public with his proposal in “The New York Times.”

According to writer and Tesla expert Tim Swartz, what Tesla is describing is to our current age the familiar concept of the particle beam weapon.

The Secret Space Program: Who Is Responsible? Tesla? The Nazi? NASA? Or A Breakaway Civilization?