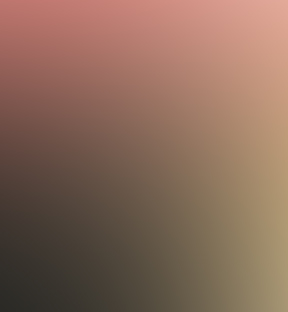 THE NEVER-ENDING BATTLE BETWEEN BELIEVERS AND DEBUNKERS

– DOYLE VS. HOUDINI – HOPKINS VS. KLASS

– NOTHING EVER CHANGES IN THE WORLD OF THE PARANORMAL

Is it possible to literally “speak” to the dead? Can a gifted medium actually help us to converse with a loved one who has passed on? The supreme logician, Arthur Conan Doyle, believed it IS possible, while his rival, the magician Harry Houdini, decried the practice as a cruel fraud. Read the story of their sometimes bitter feud in “Revealing the Bizarre Powers of Harry Houdini.”

Did Houdini possess supernatural powers he kept hidden from the world, even his wife? Were his seemingly impossible feats of magic and escape really a product of bizarre, otherworldly gifts and not mere stagecraft? Who was the angelic “voice” who guided him through the public displays of his amazing defiance of immutable physical laws?

Budd Hopkins and Philip Klass, both now deceased, fought a grudge match over the truth behind alien abduction that lives on today and was much like the debate between Doyle and Houdini over Spiritualism. What are we to learn from such hard-fought battles over the crucial truths of phenomena we can as yet only dimly understand? Which side will be proved right when the answers are finally known?

Escape artist Harry Houdini and Sherlock Holmes creator Arthur Conan Doyle are what people used to call “household names,” personages so familiar and instantly recognizable that they require almost nothing by way of introduction. What some may be less familiar with, however, is the fact that they were not only contemporaries of one another but also intimately acquainted rivals. They differed greatly on the subject of Spiritualism, specifically the practices of mediums who conducted séances and claimed to be able to speak to the dead.

Surprisingly, it was Doyle, whose fictional detective relied on the keenest logic to solve crimes, who believed that spirit contact was real and that the dead could communicate from the “other side” through a skilled and genuine medium. Meanwhile, Houdini, the master of deception and sleight of hand, quite strenuously decried the Spiritualist movement and its medium minions as cruel charlatans who exploited the grief of the living and led them to believe they could converse with souls who had passed over.

In the newly updated book from Global Communications, entitled “Revealing the Bizarre Powers of Harry Houdini,” publisher Timothy Green Beckley writes in his introduction that Doyle and Houdini had initially been good friends but their disagreements over Spiritualism put an uncomfortable strain on their relationship. Doyle professed to have actually caught Houdini deceiving an investigating committee from the prestigious magazine “Scientific American” into believing that one of the best documented mediums of the time was fraudulent. Houdini never admitted to his part in the deception, and the rift between the two men widened.

In an even more interesting twist, Doyle became convinced that Houdini’s own secret supernatural powers played an essential role in the latter’s feats of escape and magic. According to Doyle, Houdini achieved something in his performances that could not be accomplished by even the most supremely complex trickery of a mere mortal. Houdini must have possessed some kind of mysterious paranormal ability that he covered with tales of standard human stagecraft. Houdini did confess at one point to hearing an angelic voice in his head that guided him through his often extremely dangerous escape performances. He added that he once tried to do a performance without his angelic companion and had fallen quite badly. He never tried to go solo again.

Such an extreme and even bitter rivalry between believer and debunker is nothing new to the UFO community. The divisiveness within the ranks of UFO enthusiasts is bad enough, but even more rancorous is the ideological battle between those who make the leap of faith that UFOs are real, for any number of personal reasons, and those on the outside who devote a great portion of their time trying to prove the opposite case.

As a journalist, I was witness to one such rivalry. I refer to the acrimony between the late abduction research pioneer, Budd Hopkins, and his opponent in the boxing ring of truth, the late Philip Klass. On more than one occasion, Hopkins told me that Klass did a great deal of psychological damage to some of the abductees Hopkins worked with. Hopkins said that the emotional and mental state of abductees is a very fragile thing, especially when they first begin to explore, under regressive hypnosis, what has happened to them. There are also usually issues of trust that arise which sometimes prove to be insurmountable. A person in such a delicate state of mind, Hopkins said, does not need to be told that they are essentially suffering under a delusion and that the researcher working with them is deluded as well. This condemnation of abduction research as so much misguided craziness was the gist of the message Klass proclaimed in his books and media appearances.

When I spoke to Klass, he portrayed himself as the true friend of the alleged abductees, hoping to deliver them from the clutches of the wicked, self-serving abduction “experts.” Klass argued that the abductees were simply emotionally disturbed individuals who did not deserve to be misled by wild, unfounded stories of aliens and spaceships. It was comparable, he said, to a person who needed delicate brain surgery but turned to the local butcher for help instead. Meaning, of course, that the butcher/abduction researcher would clumsily make the damage even worse as he hacked away with his knives and bloodied his apron.

For his part, Hopkins, who was known to all as a dapper, sophisticated member of the New York intelligentsia, would sometimes unleash a long string of curses whenever Philip Klass was mentioned. The hostile emotions ran deep in Hopkins in that regard and Klass most likely had similar moments himself.

Doyle and Houdini’s mutual disregard may not have been as overt, but they nevertheless publicly opposed one another on many issues surrounding Spiritualism until they passed away. The updated book, “Revealing the Bizarre Powers of Harry Houdini,” begins with a 35-page section, written by Doyle himself, in which he recalls with some affection the good qualities he saw in Houdini, including his impressive, manly courage and heartfelt concern for the poor, to whom he often donated large sums of cash. Houdini even paid the rent on an indefinite basis for people he hardly knew and once outfitted some 500 impoverished, barefoot children who had attended one of his performances with brand new boots. Doyle said Houdini so deeply loved his late mother and was devoted to his wife with such intensity that Doyle felt it must reflect some Jewish part of Houdini’s character. Today we recognize this as blatant “reverse discrimination,” but for Doyle it was a sincere attempt to praise his friend, who was not governed by what the non-Jewish Doyle called “our colder Western blood.”

“So much for his virtues,” Doyle writes. “And most of us would be very glad to have as goodly a list. But all he did was extreme, and there was something to be placed on the other scale. A prevailing feature of his character was a vanity which was so obvious and childish that it became more amusing then offensive. This enormous vanity was combined with a passion for publicity which knew no bounds and which must at all costs be gratified.”

It was that thirst to be constantly in the public eye which drove Houdini’s campaign against Spiritualism, Doyle theorizes. Houdini knew the public took a keen interest in the subject and that there was unlimited publicity to be had from it. Houdini continually offered large amounts of money to any medium that could prove, to Houdini’s satisfaction, that he or she had genuine supernatural abilities. Since Houdini could always dream up some objection or say some condition hadn’t been met, he was never in any real danger of having to pay the money at all.

While Doyle’s opening section is quite a fascinating portrait of the Houdini he knew, the real meat of “Revealing the Bizarre Powers of Harry Houdini” is the reprint of the escape artist’s own book, a thorough and complete debunking of the Spiritualists of his time. It is a skillfully written uncovering of the many frauds in the field and their fraudulent tactics, including illustrations that explain such deceptions as false tables and trick shoes worn by fake mediums that were used to produce the rapping sounds that otherworldly spirits allegedly employed as their method to communicate with the living.

In fact, there are many illustrations throughout “Revealing the Bizarre Powers of Harry Houdini,” such as classic photos of Doyle and Houdini and reproductions of newspaper articles from that long ago time, the early years of the 20th century, as well as dramatic photos of the mediums that Houdini so vociferously denounced. 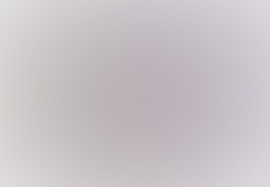 Both Houdini and Doyle argue persuasively for their respective points of view in the pages of “Revealing the Bizarre Powers of Harry Houdini,” and the reader may feel that it is not easy to choose which of them to believe. It may be even more difficult to decide whether or not to agree with Doyle’s opinion that Houdini was a gifted medium himself who hid the knowledge of his preternatural powers from the world, his wife, and other intimates, although his rabbi hinted of such uncanny abilities when he eulogized Houdini at his funeral. But, as with all the books published by Global Communications, the joy is in our wondering and pondering over the possibilities and not in having so-called “final answers” thrust upon us.