UFODigest.com » Paranormal » Conspiracies » Conspiracies in Religions » THE NEW TESTAMENT, THE GNOSTIC SCRIPTURES AND THE SECOND COMING: ARE UFOS THE KEY? – PART II 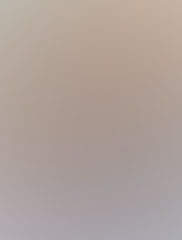 John tells us that he writes of these mysteries in order to strengthen our belief in Christ.

“And these things I tell you, my brethren, for the encouragement of your faith in him; for we must, at present, keep silence concerning his mighty and wonderful works, in as much as they are unspeakable, and, it may be, cannot at all be uttered or be heard.”

It is easy to understand why this view of Christ was considered too bizarre to preach publicly. According to Campbell, this was an expression of the ancient view that Christ’s body was “a mere appearance, the reality being celestial or divine, and its appearance, furthermore, a function of the mentality of the seer, not of the reality of the seen; a mere mask that might change but not be removed.”

For another book of mine, “Signs and Symbols of the Second Coming,” I interviewed the Reverend Barry Downing, whose 1968 book “The Bible and Flying Saucers” is considered a classic with close to half a million copies in print.

In our discussion of what the Second Coming will actually be like, Downing said, “I think there pretty much has to be two forms of the Second Coming. One form is, what happens when we die? The body ends. What happens to the person? I think that some Near-Death-Experiences give us a clue that there’s a part of us, another spiritual dimension to us that seems to coexist with our body and is not destroyed by death and goes on to some other form of life.

“One of the possibilities,” he continued, “is that one of the tasks of UFOs, or the angels, is to collect the souls of people when they die and take them off to another world where they begin the next life that they have. This is not the Second Coming as we usually think of it. But Jesus says in John 14, ‘I go to prepare a place for you. And if I go and prepare a place, I will come again and take you to be where I am.’ For this to be true, I think it has to be true when someone dies. That’s probably how it works.

Downing began to describe the kind of Second Coming that IS the end of history.

“From my point of view,” he explained, “God is reluctant to bring down the curtain of history, because the scientific evidence suggests that the universe is about 15 billion years old. Our sun is five billion years old. It took millions of years to get the Earth and human civilization to the point it is now. And life on Earth as we see it now has been planned by God, and therefore is serving Gods’ purpose. To bring it to an end, only to have to start over again, either on another planet or on Earth, is just, to put it bluntly, a big hassle. So if I were God, having created Earth as it now is, and the human condition as it now is, I wouldn’t be anxious to bring it to an end.”

Downing also explained why the reality of UFOs strengthens his faith.

“I think one of the roles of UFOs would be,” he said, “to move us to the point where the Biblical faith is more scientifically plausible. You’ve got a huge split in American culture right now between fundamentalists who believe the Bible just because God inspired the Bible, and therefore it must be true. Then you have university types who don’t see the Bible as different from any other book and pretty much don’t believe that God is any part of the universe. They believe the universe was in some sense ‘self-created’ by ways we don’t yet understand therefore there’s no divine force behind anything that we see.

“So the question is,” Downing went on, “how do you get faith back in play? Not based on the Bible alone, but based on modern evidence that says, ‘Hey, the angels may still be here.’ To me, that’s where the UFOs come into the scene. Fundamentalist Christians, of course, tend to see UFOs as demonic. The assumption of fundamentalists is that if UFOs were really the angels of God, they’d show themselves openly. Yet, obviously, the angels of God do not show themselves openly to us. Otherwise, we’d all see them. There’s some part of God that holds God’s self back, that doesn’t reveal God directly to us.”

Downing believes that God shows himself enough that we see belief is possible, but at the same time hides enough so that belief is not “required.”

“It’s a choice you can make,” he said. “I think that God is more likely to use the UFO force to get faith back in business in what you’d call the intellectual side of our culture now, which is very atheistic. In any case, if it should be true that UFOs carry the angels of God as we understand them Biblically, then that would certainly seem to be the way in which the Second Coming would happen. If Jesus was taken up into the sky at his Ascension in a UFO, which is what seems to be said in the Book of Acts, Chapter One, then the other thing that’s said in that same chapter is this: ‘This Jesus, who was taken up from you into heaven, will come in the same way as you saw him go into heaven.’”

In other words, as he departed in a UFO, so will Jesus come back in a UFO. One begins to see the pattern of how UFOs make miracles plausible, as Downing was explaining earlier.

The books on which this article was based, “Flying Saucers in the Holy Bible,” “The Excluded Books of the Bible,” and “Signs and Symbols of the Second Coming,” all contain a great deal of material not covered in this article. More discussions from learned UFO and religious experts, more analysis of scriptures in the light of the flying saucer presence, and more fascinating UFO and Biblical history are included in all three books. Although the ultimate truth has not yet been revealed, a little exploration of the UFO/Bible connection may be the beginning of a new kind of wisdom for believers of all kinds.