UFODigest.com » Aliens and UFOs » THE PRIVATE HELL OF RICHARD SHAVER AND THE COMING OF THE FLYING SAUCERS – PART II 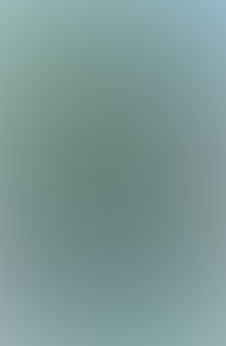 If you missed Part I of this series please click here.

The complete text of “I Remember Lemuria” is reprinted in “The Hidden World, Volume One,” and if you’ve never read it, it should go to the top of your “must-read” list. It’s the one that started the whole ball rolling and is a classic work of occult lore. Historically, there are few documents as significant to the entire field of Inner Earth belief.

Returning to Shaver’s underground cosmology, the mutated, horrific creatures he described were given the name “dero,” which is a combination of the words “detrimental” and “robot.” Another variation is “degenerate robot.” Shaver said we were all “deros” to some degree, descended from the same genetic stock, but that the actual underground dwellers took their evil to such extremes that there was virtually no comparison.

The dero not only caused wicked mayhem on the surface, such as wars and genocide and mass perversions and all forms of sadistic cruelty, it was also their primary pleasure, their reason for existence, their true joy in living. With their advanced technology, some of it capable of total mind control and even a kind of demonic possession, the dero were far more powerful than mankind’s ability to resist and overcame our puny efforts at righteousness with a gleeful, supernatural ease.

This is of course a 20th century restatement of the age-old “Problem of Evil.” Why, if God is our benevolent, loving Father, does evil exist with such a rigorous, insurmountable force? If we are made in God’s image, why are we, collectively, so screwed up? Shaver’s answer, that the dero are to blame, seems as logical as any other attempt to explain the sorry state of the world. His dero are an acceptable variation on the theme of a deceiving Satan who caused mankind’s fall from grace in Eden and has made war on us ever since. Shaver’s monsters are also located in the hollows of the Earth itself, which is where hell is said to be located by believers in religion and mythology throughout the world and down through history.

Shaver successfully combined both ancient and familiar elements with a new modern urgency that was both original and very marketable, as the continued success reaped by Palmer and his publishing house bore witness to. Shaver began to write more stories about the dero in 1944 and had a long and profitable run with them. But the sci-fi buffs remained irate about the intrusion of nonfiction into their precious “Amazing Stories,” and in 1948, in spite of the fact that he had built up the circulation to 200,000 a month, a figure unheard of for most pulp magazines of that era, Palmer decided to strike off on his own, having grown tired of the friction the situation was causing. That same year, Palmer teamed with Curtis Fuller and created “FATE Magazine,” which is still being published today, more than 60 years later.

Global Communications/Inner Light Publications offers reprints of nearly all of Shaver’s stories from that heady early period, both in “The Hidden World” series and another recent book called “Richard Shaver’s Chilling Tales From The Inner Earth,” edited by Timothy Green Beckley and William Kern. Also included are some of the original magazine covers, many of which look like quality “pop art” and would be worthy of an art museum or gallery showing.

By the early 1960s, the popularity of the Shaver Mysteries had essentially run its course and Shaver had moved on to something new. In his later years, Shaver had come to believe that ancient civilizations had used ordinary rocks to “capture their images.”

“Just like you can put a lot of information on a computer disk today,” explained Timothy Green Beckley, “Shaver believed that they encoded rocks with all kinds of legends and stories from the days of Atlantis and these underground worlds. He thought that everybody should be able to see the pictures and read the information in the rocks just like he was able to. So every week, he would send me a box of rocks through the mail or by UPS, containing all the dirt and worms and everything from his backyard.”

In spite of the frequent rock shipments, which caused young Beckley’s non-comprehending parents no small amount of displeasure, the correspondence between him and Shaver continued for some time. A collection of those unpublished letters and writings from Shaver are included in the aforementioned book, “The Reality of the Inner Earth,” the cover of which shows a photo of Shaver superimposed over one of his mystically encoded rocks.

What did Shaver himself have to say about it all? In another new Global Communications release, called “The Smoky God and Other Inner Earth Mysteries,” Shaver is quoted as saying of his reading public: “To me, struggling to find an opening out of the morass – no longer just for myself but now for all mankind – the flood of letters I received from other sufferers was a crushing blow, bringing hopeless despair. The caverns were not, I realized now, a localized thing. They extended underneath every area of the Earth. The evidence of their activity and strength piled up, until I could not help but conclude that there is no answer for present-day man. He cannot break their power over him, nor remedy the ills they visit upon him.”

Shaver also writes in a similar pessimistic way about the UFOs, which first received worldwide attention with Kenneth Arnold’s sighting in 1947, a few brief years after the publication of “I Remember Lemuria.”

“The visits of the saucers,” Shaver writes, “bring with them, for me, fresh despair. For I see them as proof of the caverns’ contact with space. Knowing the cave people, I know that if any of the visiting saucers were benevolent visitors bringing gifts and knowledge to the surface people, they would be destroyed. To me, that explains the failure to contact our surface government, because those saucers that are not destroyed are our ancient enemies.”

What Shaver is talking about is something similar to a concept first put forth by the late alien abduction researcher Budd Hopkins. Hopkins coined the phrase “confirmation anxiety” to describe what happens when an abductee finds proof of the reality of his experiences, such as seeing a mark left behind on his body after recalling that a skin sample had been taken during an abduction episode. A person needs to have some part of his mind in a state of doubt to function as a hiding place where he can call what he has experienced “unreal.” When something happens to drive the troublesome memory into a place where the abductee cannot deny that something frightening and strange has really happened to him after all, when his “dreams” are confirmed for him, a whole new kind of anxiety kicks in.

Richard Shaver’s death in November, 1975, is also fraught with strange happenings. One of his followers and friends, a woman named Mary Jane Martin, knew him at the end. She said that his death was highly suspect, coming on the heels of his having just signed a contract to go to Hollywood and serve as a consultant on a movie about the deros and their Inner Earth kingdom of horror and shame. Shaver was very excited and had even bought new dentures for the occasion. Suddenly, he developed locked bowels and had to be hospitalized. He told his wife that the deros were trying to prevent his cinematic success and he would die there in the hospital. She assured him the operation was not a serious one and he would be fine.

Shaver’s wife was quite correct and the surgery did go well. But as he lay recovering, Shaver suffered a pair of small heart attacks.

“Neither of which should have killed him,” Martin said, “but he died in that hospital. His prediction came true. The deros would not let him live to make that movie.”

But of course there remains an audience eager to know about the mysteries that so burdened Shaver. Timothy Beckley of Global Communications has made a sort of cottage industry out of interest in the Inner and Hollow Earth theories, saving some old and rare books from obscurity and publishing up-to-date compendiums written by more recent researchers.

And so it is left to us, decades after the deaths of Shaver and Palmer, to try to pick up the pieces and understand Shaver’s torture in ways that can help us to deal with the very vocal evils of our own time. The ambitious reprinting efforts by Global Communications/Inner Light Books are an enormous help in those terms and well worth the effort involved in purchasing and reading the writings of a pioneer who seems at times to be whistling in the dark in a benighted, infernal hell, along with the rest of us.

THE SMOKY GOD AND OTHER INNER EARTH MYSTERIES: EXPANDED EDITION

THE HIDDEN WORLD VOLUME 1: THE DERO! THE TERO! THE BATTLE BETWEEN GOOD AND EVIL UNDERGROUND