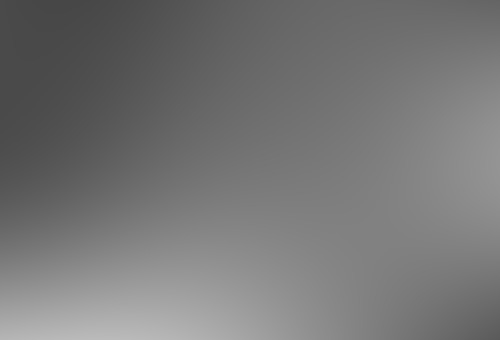 If you missed Part I of this article click here: https://www.ufodigest.com/article/strange-saga-0113

“Within a minute of this remarkable feat,” Beckley writes, “one that would require extraordinary strength, Paul slumped against the dashboard, with his eyes shut and his forehead dripping perspiration.”

It doesn’t get much more harrowing. But to Clark, it was all a dream. He told Beckley in the interview that he didn’t remember anything after being directed to approach the UFO. He would have said that his wife had made up the whole story but for the fact of the twisted steering wheel.

Along with the strange psychological changes Clark suffered after the first sighting as a teenager, he suddenly developed an intense interest in physics and engineering. He had been only an average student in high school, but inexplicably he found himself voraciously reading difficult scientific texts. According to Beckley, Clark finally managed to stabilize his life somewhat and was on the threshold of earning a degree in electrical engineering when last Beckley spoke with him. Clark still believed he was acted upon by an alien force but had slowly learned to cope with what happened to him.

This sort of psychological and emotional transformation is common with abductees, who typically overcome the initial trauma and begin to achieve an understanding that allows them to function more normally again. Researchers like the late Budd Hopkins said it remains to be seen whether this change is something intended by the alien abductors or is simply a matter of human resiliency asserting itself.

In that same article, Beckley relates a story told by well known writer and researcher Brad Steiger about a young couple called Sam and Mary. The two had been doing their own research, trying to track down and verify sightings of humanoid creatures in their home state, which is not named in Beckley’s article. It was the couple’s practice to notify Steiger of their findings.

“One evening,” Beckley writes, “after returning home from an interview with the witnesses of a humanoid sighting, Mary began feeling strange. A terrific headache sent her off to bed early. Once asleep, she was visited in her dreams by ‘grotesque entities’ who told her that they wanted her and that she must leave her husband. They threatened violence if she did not obey.”

In subsequent dreams, she saw “grim, dark-complexioned men beat Sam to death.” Beckley points out here that this is an often-demonstrated capability of the space entities. They are able to enter and manipulate the dreams of earthlings, and to maintain their hold. But the torment didn’t end there. One night, as she languished in one of these bizarre nightmares, her phone rang. She answered it, and heard a cold, mechanical voice ask, “Are you ready to come over to our side?”

According to Steiger, Mary was later visited by a man who flashed impressive-looking credentials, claiming to be from the phone company and pretending to be concerned about her “problems.” When Sam tried to verify the man’s story with the phone company, he was told the man didn’t work for them in any capacity. Immediately afterward, Mary began falling into deep, coma-like trances that she was powerless to control.

The couple called Steiger and asked for his help. He told them, “The important thing is not to play their game. In many ways, their affect is like an echo. Cry out in fear and they’ll give you good reason to fear them.” Sam and Mary took Steiger’s advice, and were greatly relieved to find that the phenomena came to an abrupt end.

The entities making war on the couple were obviously demonic, or at least evil, and hopefully do not represent the whole of the alien presence. Abductee Betty Andreasson Luca, a lifelong Christian who has said she has encountered benevolent, angelic aliens, once told me that she believes mankind is the battlefield on which a cosmic war is being fought, and the demonic side is constantly battling to destroy as many earthlings as possible. This may be what was meant when the voice on the phone asked Mary if she were willing to “come over” to their “side.” Perhaps the nightmares in which grotesque entities threatened her and her husband with violence were intended to bully her into surrender and a life spent in service to something cruel and inhuman.

Yet another interesting story is told in Beckley’s article. He interviewed a Dane given the pseudonym “Hans Lauritzen,” who encountered two disc-shaped craft in December of 1967. Hans also had some emotionally trying experiences, which Beckley relates in some detail. But there were positive aspects as well. The chronic hepatitis Hans had suffered with for years suddenly cleared up, and the medical experts who confirmed the cure could find no explanation. Hans also reported periods of extreme depression and mental suffering, as well as feeling that he no longer had any free will and was compelled to conform to the opinions of others like a robot. Along the way, he experienced strange but very pleasurable sensations as well.

When Beckley asked Hans to sum it all up for him, Hans answered, “It has been the most wonderful and pleasurable experience of my entire life. On the other hand, it has also been the most painful, horrible thing that has ever happened to me. Before, I had a bad liver. Now, I am strong and healthy again. I am most thankful to the UFOs for having cured my otherwise chronic hepatitis, without which I would never have been able to resume my work and other normal activities.”

Beckley has here dug up some fascinating case histories that are found nowhere else. His face-to-face interviews with Paul Clark and Hans Lauritzen deserve wider exposure than they received when first published in “UFO Report,” and hopefully the fact that the article is now reprinted in “Strange Saga” will help to bring that about.

But what has been described in this article is only the briefest sampling of what “Strange Saga” actually contains. Beckley has also written an in-depth story on a sightings wave that took place in Calvert, Texas, in the 1970s. He interviewed the local newspaper editor, who was a firm believer in the reality of UFOs as alien spacecraft, as well as local lawman Steve Abraham, who says a UFO followed him down a lonely back road and is pictured holding a drawing he made of the ship. A slew of other locals are interviewed as well, and a brilliantly drawn portrait of a town under siege emerges that rivals any major Hollywood production on the subject you could name. Associated with this little known flap – which in at least some respects can be compared to the more recent 2008 sightings in Stephenville, Texas – are a series of phantom radio broadcasts picked up by residents, signals which are attributed to aliens occupying the UFOs hovering in the vicinity of Calvert.

In addition to covering other aspects of the phenomenon, Beckley also interviewed the late Dr. J. Allen Hynek, perhaps the most reputable name in UFOlogy in the 1970s. But of course the collection of impressive feats of UFO journalism that fills “Strange Saga” is easier to take in and absorb if one actually reads the book and immerses oneself in Beckley’s reportage from a bygone era that still resonates with believers today. While much of the book was written well over 40 years ago, we still grapple with the same issues, still ponder the same mysteries, and still long for answers to the same questions.

One of the old local newspaper articles reprinted in the book dismisses Beckley as a “young huckster.” But without Timothy Green Beckley, also known as “Mr. UFO,” and his lifelong hunt for the truth about UFOs and aliens, other unknown creatures, and the truth about government cover-ups, as listed in the subtitle of “Strange Saga,” our own search for the truth would not be nearly as fun.

Our Alien Planet: This Eerie Earth

Mystery of the Men in Black: The UFO Silencers