UFODigest.com » Paranormal » Conspiracies » Conspiracies in Religions » THE SUPERNATURAL POWER OF THE ARK OF THE COVENANT AND OTHER ANCIENT ASTRONAUT MYSTERIES 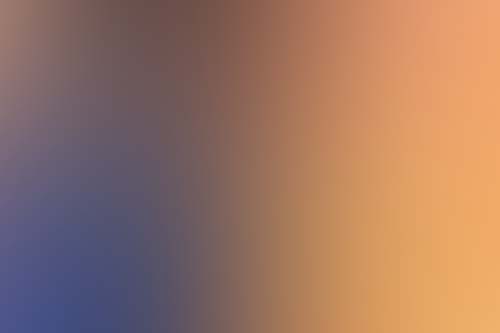 Recent programs on the History Channel and elsewhere on cable television have helped popularize the concept that extraterrestrials have been visiting Earth since time immemorial and have been responsible for many of the advancements of human civilization. Once the mainstay of writers such as Erich von Daniken, Brinsley Le Poer Trench and W.R. Drake, the concept has since inspired big budget movie epics and   television shows like “Ancient Aliens” and, more recently, “In Search Of Aliens,” hosted by the “wild-haired” Giorgios Tsoukalos.

Steven Spielberg first burned images of the Ark of the Covenant into our collective imagination when his 1981 mega-hit “Raiders of the Lost Ark” was unleashed upon the public. The movie popularized the mysterious Ark for a more secular audience as Harrison Ford found himself in conflict with Nazi archaeologists who sought to conquer the world by using the supernatural powers of the Ark as a terrorist weapon.

Recently, journalist Timothy Beckley and his always prolific publishing house Inner Light – Global Communications set out to explore the mysteries of the Ark and other super-weapons of antiquity to determine if the “sky gods” were behind the development of these highly advanced implements of destruction – or if humankind

had somehow been able to conjure them up on their own.

Many questions arose, which Beckley and crew attempted to sort out during the course of their dissertation, such as:

When God instructed Moses and the Israelites to construct the Ark of the Covenant, could they have understood the awesome, death-dealing technology it contained?

Did ancient India, like the Old Testament Jews, possess weapons of mass destruction? The new book contends that nuclear weapons or a method of kinetic bombardment were a standard component of the arsenal of people living many thousands of years ago.

Read about weapons that appear on the surface to be rather commonplace, such as a simple sword or bow and arrow, but which are in fact supernaturally transformed by the gods into miraculous instruments of combat.

Does archeological evidence exist today that proves nuclear war took place in ancient times, negating our belief that atomic weapons did not exist until the 20th century? Was space travel another forgotten achievement of a people long ago consumed by the passing millennia? Did they leave spaceports behind as a sign of the technological prowess that helped them reach the stars?

In his introduction to the newly released book from Global Communications, “The Ark of the Covenant and Other Secret Weapons of the Ancients,” editor and author Timothy Green Beckley writes: “The Ark of the Covenant has always been an object of great wonderment. Biblical scholars have debated its uses for years, while the public fantasizes about its powers. Moviemakers have attempted to tell the story of this gleaming gold artifact in epic fictionalized form. Made to be a receptacle in which the Ten Commandments given Moses could be safeguarded, the Ark also had the power to destroy the enemies of the Israelites.”

Beckley goes on to explain that he met researcher and writer David Medina in the 1970s when Beckley was visiting the UK to speak before the House of Lords UFO group. Medina presented Beckley with his privately printed manuscript on the Ark and asked Beckley’s help in giving it wider distribution. Beckley subsequently published Medina’s book and was pleased with the limited but positive reception it received.

Recently, Beckley decided to publish a new edition, this time with additional chapters written by Beckley’s usual robust stable of writers. The new book focuses not just on the Ark of the Covenant but also examines other high-tech weapons created by what we have been taught are vastly more primitive societies. Thus the “Other Secret Weapons of the Ancients” part of the new book’s title.

THE ARK AND ITS ENIGMATIC CAPABILITIES 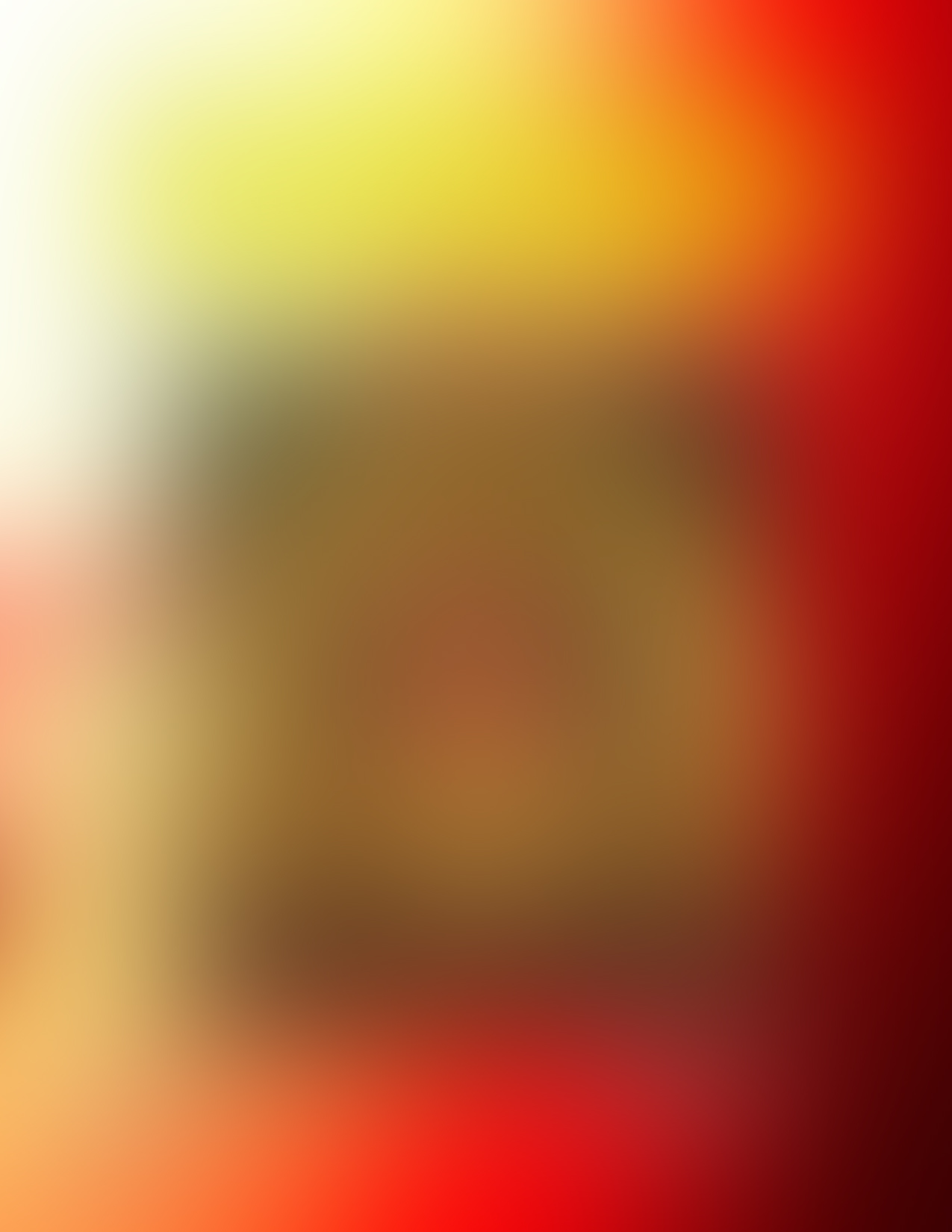 The book opens with the reprint of David Medina’s original text. Medina gives an account of the building of the Ark of the Covenant, based on verses from the 25th chapter of the Book of Exodus, as well as describing other elements that went along with it, such as the tent specifically constructed to house the Ark.

It fell to Moses’ brother Aaron, in his role as high priest, to tend to various ceremonies and rituals related to the Ark. Aaron and his sons, who often assisted their father with his priestly duties, were required to wear special clothing while in the Ark’s presence. It has long been speculated, by Medina and numerous other writers before and since, that the special clothing was not a simple matter of priestly ceremonial garb but was instead specifically intended to protect Aaron and his sons from high levels of radiation. Because of that danger, no one else was permitted near the Ark. There are incidents recorded in the Bible in which disobedient Israelites ventured close to the Ark anyway and were subsequently struck dead by the device or died lingering deaths from radiation sickness.

It is also theorized that the Ark could generate high voltage electricity and serve as a two-way radio to the heavens. How did some pieces of acacia wood, some gold overlay and a few other components readily available to the Israelites, who were essentially wandering nomads in the desert, accomplish this technological wonder? That is part of the fascination of Medina’s analysis of the Ark of the Covenant and the details are better left for those reading the Global Communications book to discover for themselves.

THE UFOS OF INDIA AND THEIR DEADLY PAYLOAD

But the formidable Ark was not the only high-tech weapon of the ancient world. As part of Beckley’s aforementioned stable of writers, I contributed a chapter to the new book on the weapons of ancient India. A great deal of the mythology of ancient India is taken up with a form of flying craft called a “vimana,” whose origin is unclear. Some Sanskrit writings say the vimanas were manmade but available to only a rich and elite part of the population. Other writings say the vimanas belonged to the gods and served to house ascended holy ones in luxury dwellings in the sky. 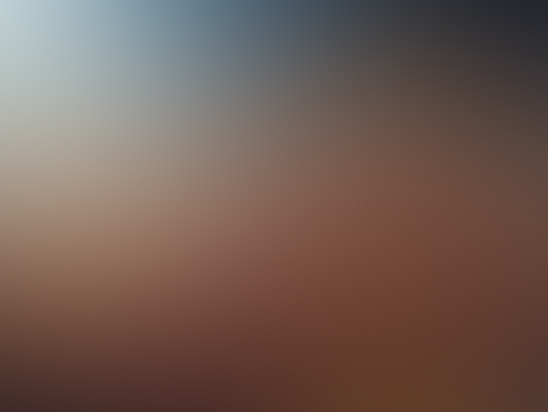 But whatever that mystery may involve, the relevance to the new book lies in the fact that the vimanas were used to deliver and deploy super-weapons similar to our nuclear missiles. In the midst of a conflict between two ancient royal families, called the Kuruhshetra War, a projectile called a “Brahmastra” was launched from a vimana flying overhead. According to the scripture called the “Mahabharata,” the missile, also called the “Iron Thunderbolt,” produced “an incandescent column of smoke and fire, as brilliant as a thousand suns,” and reduced the enemy combatants to ashes. “The corpses were so burned as to be unrecognizable. The hair and nails fell out; pottery broke without cause; and the birds turned white. After a few hours, all foodstuffs were infected.”

All of which is familiar to modern readers as the consequences of the radiation-saturated aftermath of a nuclear blast. As an eerie addendum, 20th century archeologists uncovered evidence that certain cities in the Indus Valley region had been completely destroyed, with people lying dead in the streets. Some kind of “sudden doom” had decimated these cities, killing the entire population and leaving no survivors to bury the dead.

LETHAL FORCE WITHOUT THE MESSY CONSEQUENCES

There is little disagreement among scholars of the subject that some kind of death-dealing technology was available to the ancients that is easily comparable to nuclear weaponry. But author Olav Phillips begs to differ about all that. While he refers to the same passages of the Mahabharata as most scholars do, Phillips argues that the weapons in question may not have been nuclear.

The “Iron Thunderbolt” of the Kuruhshetra War may instead have been an example of “kinetic bombardment,” Phillips contends, or the use of super-dense chunks of material dropped at terminal velocity from orbit or high altitude. Kinetic bombardment would produce the same effects as a small-scale nuclear device minus the radiation. Those effects would include an enormous fireball and a tremendous shockwave that would radiate outwards from the impact site. Phillips believes this explains the decimated cities discovered by archeologists in the Indus Valley.

“The superheated shockwave and concussive force wall,” Phillips writes, “would explain the collapse of structures and the scorching.”

Phillips goes on to say that kinetic weapons are easy to target since their firing angle can be computed from orbit. He says modern weapons developers are working on something called “Project Thor” or the “Rods From God,” a system which hurls telephone pole-sized tungsten rods from orbit for the purpose of targeted, non-nuclear strikes.

Military planners have been working on the idea since the 1950s, and there exists a 2003 US Air Force report suggesting that a tungsten cylinder six meters long impacting at Mach 10 has the equivalent kinetic energy of 11.5 tons of TNT. The idea is to deploy a lethal weapon with mass destructive force that does not have a long lasting global environmental impact. Phillips believes the combatants in the Mahabharata must have reached a similar conclusion, that a large-scale nuclear exchange would permanently destroy the very land they seek to possess, so they too opted for a devastating weapon that would not cause long-term ecological damage.

SWORDS WITH A MAGICAL EDGE 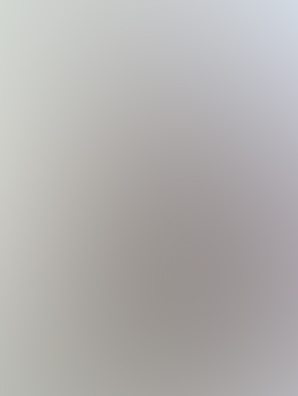 Publisher Timothy Green Beckley takes up the subject of magical swords, swords that were not mere steel attached to a hilt but were instead handed down by the gods to aid mortals in combat. One finds this idea in numerous Greek myths, such as when Perseus was given a sword by the gods to slay the monster Medusa, she who had hair made of snakes and scales invincible to human-made weapons.

Also included is a brief retelling of the legend of King Arthur’s sword “Excalibur” and how it blinded his opponents with its brightness. Meanwhile, the scabbard that stored Excalibur had healing powers and would prevent its bearer from bleeding to death. Excalibur can only be brandished for good purposes or it is useless. It prevents those who wield it from lying and inspires courage in all who follow in its path.

Well-known writers Brad Steiger and Tim R. Swartz provide chapters for “The Ark of the Covenant and Other Secret Weapons of the Ancients” as well. Steiger talks about the archeological evidence found throughout the world for prehistoric nuclear war while Swartz declares that the ancients may have achieved space travel and bolsters that contention with still more archeological evidence.

“The Ark of the Covenant and Other Secret Weapons of the Ancients” is profusely illustrated, thanks mainly to the efforts of writer and graphic designer William Kern, who packs the pages with Biblical art relevant to the story of the Ark as well as paintings depicting the flying craft and weaponry of Indian mythology. The book is an excellent and original approach to the subject of Ancient Astronauts and their technological revelations to early mankind that will have you shaking your head in wonderment even as you shudder at the destructive force we are capable of with a little help from above.

Legacy of the Sky People: The Extraterrestrial Origin of Adam and Eve; The Garden of Eden; Noah’s Ark and the Serpent Race