UFODigest.com » Aliens and UFOs » THE ULTRA-TERRESTRIAL INVISIBILITY FACTOR – PRESTO CHANGE-O, WHERE DO THEY GO? – PART II 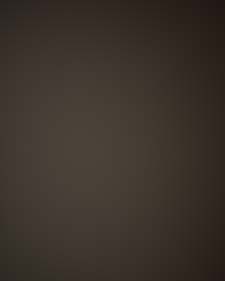 If you missed Part I in this series click here: https://www.ufodigest.com/article/presto-change-0916

Hopkins then heaps praise on fellow alien abduction researcher Dr. David Jacobs for his bravery when Jacobs first broached the subject at a UFO conference in Santa Barbara, California, in 1990. Jacobs presented a carefully researched paper that argued that the abduction reports REQUIRED a condition of temporary UFO and abductee invisibility. Hopkins delivered his own paper on the subject several years later at a conference in Virginia, but added that both venues had been intimate enough that “the general public was unaware that such a radical idea was being taken seriously.”

Either for good or evil, Commander X and Tim R. Swartz have no such qualms, as they take on the subject of invisibility head-on in their book, “Levitation and Invisibility.” Is invisibility a skill the dedicated student can learn? Or is it only the prerogative of alien abductors who need invisibility to carry out their mysterious agenda as they harvest among the human race for whatever their purposes may be? Reading “Levitation and Invisibility” may not give you all the answers, but it will at least help you to see a large portion of what is currently known on the subject.

“invisibility factor.” He says he has run into this odd link between the Ultra-Terrestrials and the psychic realm on a number of occasions. “While I was in the United Kingdom speaking at the House of Lords’ informal UFO committee presided over by the late Earl of Clancarty, Brinsley Le Poer Trench, I took a side trip out to the town of Warminister, located very near Stonehenge, where a persistent UFO flap had been going on for over a decade. During my journey I spent an evening with Arthur Shuttlewood, the editor of the ‘Warminister Journal,’ the town’s daily newspaper. Arthur had started out as a skeptic but had turned into a full fledged UFO believer after hundreds of sightings from several vantage spots just outside of town. The sightings included landings and contacts with the Ultra-Terrestrials. Many times, Shuttlewood says he could feel the presence of these beings, but they could not be seen with the human eye. Bushes would part and ‘they’ could be heard moving about and even mingling with the observers, though they remained invisible, except for a few times when a vague outline of their form

(up to seven feet tall) could be seen against another object such as a fence or a tree. One time, a group watching UFOs over Starr Hill maintained that a heavy metal gate swung up and closed by itself. They were convinced it wasn’t the wind or a freak of nature, but that something used substantial force to accomplish the feat.” Beckley notes that these invisible beings in other cases would turn television sets and air conditioners on and off and cause front doors to swing open.

“But who are they and where do they go?” Beckley says he can’t really come to any firm conclusion, though this phenomenon tends to make him believe they are able to occupy another realm and can pass back and forth at will.

Beckley, who has studied the coming and goings of the Ultra-Terrestrials (so

they are aliens from outer space, but more likely come from other realms, likely “invisible spheres,” and can transcend time) states that over the decades he has established friendships with a variety of UFO contactees and abductees who maintain that these “cosmic souls” can easily come and go undetected because they can make themselves invisible on demand.

“The late Howard Menger,” Beckley adds, “who had a long-running history of UFO communications around his home in High Bridge, New Jersey, even produced a number of interesting photographs showing him in the company of light forms whom he claimed were really his ‘space brother’ friends in the process of ‘fading in and out of this reality.’ Likewise, Ted Owens, who insisted he had established contact with ‘them’ since an early age, told me that his SI associates never liked to show themselves because to us they might seem hideous looking, and thus they keep to themselves by staying invisible.

Now you see them, now you don’t, I would guess.”

As rock superstar Bob Dylan sang, “You’re invisible now. You’ve got no secrets to conceal.” If you can wrap your head around that line, you’re halfway there.

Levitation and Invisibility: Learn To Use The Incredible Super Powers

How To Contact the Space People by Ted Owens