UFODigest.com » Aliens and UFOs » Alien Abduction » THE ULTRA-TERRESTRIAL INVISIBILITY FACTOR – PRESTO CHANGE-O, WHERE DO THEY GO? 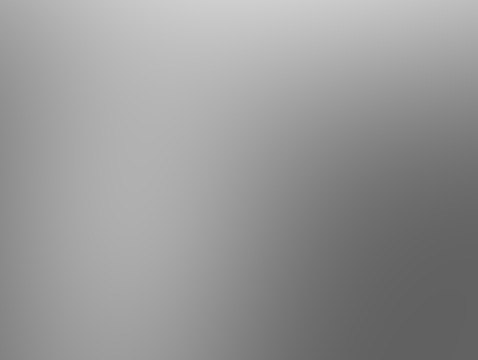 As a companion piece to my earlier article on UFOs and levitation, we now take up the subject of invisibility and UFOs. The book “Levitation and Invisibility” by Commander X and Tim R. Swartz is once again our primary guide.

According to the authors, the power of invisibility has been sought by mankind since ancient times, and some have managed to achieve it, using secrets that are said to be available even to this day. 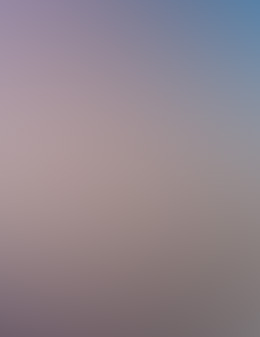 “With the new millennium,” they write, “the time is now right for these lost teachings to be revealed to those willing to take on the great responsibility that such powers can endow in an individual. But be warned. Such powers can command a high price for those who would use them for evil purposes or selfish gains. Powers such as these are not to be trifled with. The universe has its own built-in safety mechanisms, ready to take down those who would trifle with the laws of the cosmos.”

But for the sufficiently pure in heart, the authors maintain that it is possible to learn to become invisible by using the prayers and spells they lay out in the book. I will leave it for those who actually read “Levitation and Invisibility” to see the details and perhaps do their own experiments with the instructions provided.

Commander X and Swartz also give a brief overview of scientific advances in our own time that may lead to achieving invisibility through human technology. So far, scientists have managed to create an “invisibility cloak” that can conceal a miniscule object of the tiniest fractions of an inch. The Pentagon is particularly interested in achieving true invisibility for any number of military uses, and the use of “meta-materials” to bend light rays and somehow deceive the eyes continues to be a promising area of research.

Invisibility is also part of the secret doctrines of Hinduism, found in a section of the Upanishads called the “Yogatattva.” An ancient Hindu text claims that concentration and meditation can make the body imperceptible to other men, canceling direct contact with “the light of the eyes” and thus causing one’s body to disappear. A non-Biblical legend of Moses disappearing into a cloud is also provided, and the historical accounts of certain Catholic saints, in a way similar to the material in my earlier levitation article, are alluded to briefly.

It is not uncommon, in this era of quantum physics, for science and mysticism to find common ground, and the phenomenon of invisibility is no exception. But what about invisibility as it applies to UFOs and alien contact?

Once again, Commander X and Swartz have no lack of fascinating anecdotes for us. Drawing from the case histories of hypnotherapist Donna Higbee, who runs a support group for alien abductees, the authors illustrate how invisibility is but one more aspect of alien contact that, even though frequently reported, is still a completely unexplainable phenomenon.

When Higbee first heard from a woman in her support group about an invisibility episode, Higbee’s initial reaction was to think the woman was “highly imaginative.” When a second person reported the same thing, Higbee felt the situation required further study.

The first woman, given the pseudonym “Vera,” had driven her car to the post office to purchase stamps. She walked in and took her place at the end of the line.

“Vera thought to herself,” the authors continue, “how rude these people were and moved slightly to the side of the line, so as not to be jostled; she continued moving up with the other people. When her time came to go to the counter to be helped, she walked up and stated her business and, quite to her amazement, the man behind her walked right up and did the same. The postal clerk never acknowledged Vera but began assisting the man. Vera announced loudly that she was there first, but no one paid the slightest attention to her.”

Vera was now very upset at what she felt was the extreme rudeness she had just suffered and walked out of the post office and went home. Several days later, she was trying to get some assistance in a store and no one would help her or even acknowledge that she was there. It seemed as if she was invisible to the people around her and also couldn’t be heard when she spoke.

Higbee was told of another case of invisibility. A woman was sitting on her sofa at home, letting her mind wander as she stared at the wall. The wall seemed to take on a less-than-solid form, which she found fascinating. When she finally came out of her reverie, she was astonished to realize her husband was searching the house for her and was adamant that she had not been there. Although she was physically present, she was completely unseen by another person.

Having heard two such stories now, Higbee consulted with other researchers, many of whom had been told similar stories and sometimes knew personally someone who had experienced something akin to spontaneous invisibility. In every case Higbee looked into, the person was physically still present but could not be seen or heard. From the point of view of the invisible person, the world looks normal and they have no idea they can’t be perceived by the others present.

Yet another similar anecdote reached Higbee. A man named Peter, in Gloucestershire, England, was at a private party in 1987. He walked upstairs to use the bathroom and was followed by a woman who also wanted to use the bathroom. The woman motioned for him to go in first and stood outside the door to wait her turn. Peter used the bathroom, opened the door and walked out into the hallway, closing the door behind him. He went back downstairs and approached some friends and began to talk to them. They all ignored him completely, which he thought was some kind of joke they were playing on him. So he found his girlfriend and asked for a cigarette. She too acted like she neither saw nor heard him.

At this point, Peter was getting angry and was clearly not amused by the “joke.” He decided to go back upstairs and ask the woman coming out of the bathroom for a cigarette. She was standing outside the bathroom door, clearly still waiting for him to come out.

“When she saw me,” Peter later reported, “her face dropped in surprise, obviously because she thought that I was still in the bathroom.”

He returned to the party downstairs and everything was normal again. He could be seen and heard. When he questioned his friends and his girlfriend about why they had ignored him, they all swore that they had never seen or heard him, just as the woman upstairs had not seen him leave the bathroom and go downstairs.

An even stranger episode of invisibility happened to a woman named Jannise, of Minneapolis, Minnesota. Jannise has had a number of invisibility experiences, including an incident that occurred when she was as teenager. She had fallen in with a bad crowd, who decided to see if they could steal something from a department store and get away with it. The entire group was caught and taken into custody, including Jannise. They were questioned at the police station one by one, except for Jannise.

“Although she was standing right there,” Commander X and Swartz write, “no one paid the slightest attention to her; not the police, the guards or the office personnel. She finally just got up and walked out of the police station without ever being questioned or anyone attempting to stop her. When she later talked with her friends about what happened at the police station, ‘They didn’t even recall me being brought into custody at the department store. Yet I rode in the police car with everyone else, and they thought I was still at the store.’ No one had seen her from the moment the police arrived on the scene in the store until some time after she had walked out of the police station unhindered.”

Higbee is curious as to whether there is a correlation between those individuals who believe they have been on an alien craft and those who are experiencing this invisibility phenomenon. One theory suggests that, in passing through the force field of an alien craft, the abductee’s own vibrational frequency is somehow changed or raised and that this triggers the spontaneous invisibility.

“Levitation and Invisibility” also recounts a short history of the jinn, the demons of the Islamic faith. The authors quote Gordon Creighton, from his article “The True Nature of UFO Entities,” which declares that in the normal state, the jinn are not visible to ordinary human sight, but they can materialize and appear in the physical world, as well as make themselves visible or invisible at will.

Budd Hopkins also grapples with the invisibility phenomenon in his 2003 book “Sight Unseen: Science, UFO Invisibility and Transgenic Beings,” co-written with his then wife, Carol Rainey.

“Beginning sometime in the early 1980s,” Hopkins writes, “a few abduction researchers were forced by the data to hypothesize that the aliens possessed an ‘invisibility technology’ that enabled them to carry out abductions in daylight in densely populated areas without being seen. The subject was, however, talked about only in private. I recall a conversation I had with my colleague David Jacobs around 1983, in which we discussed the aliens’ capability of operating so that neither they, their craft, nor their abductees were visible to the naked eye. Both of us felt that there was no way that abductions could be carried out on the scale the evidence implied unless total visual cloaking was possible.

“But in 1983,” Hopkins continues, “the idea that UFO abductions were extraordinarily frequent and widespread was, in itself, highly controversial, even among those who took the UFO phenomenon seriously. Therefore, to suggest in published articles or even in public lectures that the UFO occupants possessed a technology of invisibility was to court disbelief and rejection even among our colleagues. And so abduction researchers kept silent on the issue, confining our public statements to other aspects of the phenomenon for which abundant evidence exists.”

Levitation and Invisibility: Learn To Use The Incredible Super Powers

How To Contact the Space People by Ted Owens