UFODigest.com » Aliens and UFOs » The UMMO Affair: Are Extraterrestrials Living Among Us? Part II 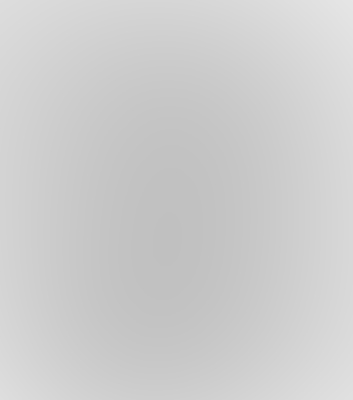 One particularly interesting chapter in the Global Communications book “The Secret Space Program: Who Is Responsible?” includes an interview with Richard Dolan, the hugely respected author of “UFOs and the National Security State,” in which he puts forth the idea of a possible “Breakaway Civilization,” a secret cabal of highly advanced humans who possess new technologies the mainstream world has yet to dream of and who also have no intention of sharing their knowledge with the rest of the world, at least for now. Dolan theorizes that this breakaway civilization most likely took shape in the years after World War II, which would be consistent with the UMMO aliens claiming to have come to Earth in 1950. It is a given that the breakaway civilization may include aliens among its membership, especially human-looking aliens.

Part One of the article can be found here: https://www.ufodigest.com/article/ummo-affair-are-extraterrestrials-living-among-us

These same human-looking aliens most likely congregate in groups together, perhaps even building cities of their own and establishing small colonies throughout the Earth.

As they arrived on Earth, they quickly chose to locate in a semi-wild region, to avoid being discovered too soon. They found a hill near the small town of Digne in the south of France. At first, seeing the local buildings, they assumed them to be part of a scientific complex and were very surprised to learn the constructions were just for people to live in. During their first days on Earth, the UMMO aliens were extremely anxious, expecting immediate attack from Earth’s inhabitants and fearing they would have to rush out from their underground habitations and flee if their presence was somehow made known to the nearby earthlings.

Another group of UMMO aliens was located in Australia, near the town of Adelaide. One of the interlopers attempted to drive a car in their new home Down Under and died in an accident. The aliens are also said to be “hemeralopic,” meaning they have impaired vision during the daytime, so they live essentially during the night. In the day, they simply sleep, like owls.

“UMMO and the Extraterrestrial Papers” also includes some exchanges between a Canadian – given the pseudonym “Tony” to protect his privacy – and his UMMO correspondent, who calls himself “Mr. X.” It began when Tony was spending a particularly hot night in the summer of 1993 sleeping outside his home under the stars.  Around 2 to 3 AM, he was awakened by a high-pitched humming sound. After first thinking a high tension line near his house had snapped, he saw something that made his hair stand on end: about 50 to 100 yards away, a remarkably bright light was hovering in the sky. Then the object dimmed and headed out over a nearby clearing directly behind his house. Soundlessly, the UFO took off straight up into the sky and Tony never saw or heard it again.

Tony received his first UMMO letter two days later. The letter writer said that he knew all about Tony’s low-level UFO sighting and that he had been onboard at the time of the encounter. The letter writer also said that he and his fellow aliens had examined Tony’s “vibrations” and concluded that he posed no threat to their continuing operations in the vicinity of Tony’s home and that basically he was a kind person at heart who really cared about other people and wished to see those around him be prosperous and live in harmony.

The letters Tony received were all delivered by his friendly rural mail carrier, but his case was different in one important aspect: he was invited to ask Mr. X direct questions by return mail. Tony is told to send his letters to an address that is “checked every day,” but the address is withheld from readers, like Tony’s real name. What follows is a fascinating dialogue between a typical earthling and a correspondent claiming to be from the planet UMMO.

One of the first replies from the UMMO letter writer addresses Tony’s question, “What is the future of the human race? Are we destined to die on this planet? Please be specific, and please, no vague prophecies.”

Mr. X says, “The future of the human race is unfolding on many worlds throughout this galaxy. The true human race, that is. You see, Tony, Earth is like the black sheep of the family. The immediate concern is for mankind to become civilized. To be honest, quite a few up there believe the particular breed of human on this planet has been too badly damaged by genetic interference to ever achieve true civilization.”

As with the works of Zechariah Sitchin, Mr. X explains that man was created 52,000 years ago to be a slave race working the mines of the Earth for precious metals. The aliens genetically altered the indigenous pre-human animals existing here at the time. Mr. X admits it was an evil thing to do, but pleads that he and his alien race were “only human.” War broke out between two factions of the alien group, with the female side being the victors.

The alien females then resolved to train the Earth people in the art of civilization. Various teachers were sent throughout history to introduce a progressive system of moral and social guidelines, to mixed results. Currently, there is a rapid deterioration in mankind. A small percentage appears to be trying to advance while the majority is rapidly digressing.

“If left unchecked,” Mr. X warns, “the world would soon be inhabited by two species. Potential human beings and animals that walk on two legs and have the power of speech. Tony, if this sounds callous, remember they see mankind as a whole. They look down and see five hundred million people slowly starving to death when there is enough to feed everybody twice over. They do not consider this civilized behavior, do you? So what to do? If they do nothing, mankind will suffer by his own hand. If they interfere again, the karmic debt would be heavy indeed. It is at this particular juncture that we find ourselves.”

The focus of Mr. X then moves on to discussing the Gray aliens, who are said to be conducting a cross-breeding program in order to create a species that is a bridge between them and Earth humans.

“The intent is to create an interface being,” Mr. X says, “which will help in bringing the two races together. The Earth will be their joint home.”

There is a downside, however. The Earth is too populated and the genetic pool must be stabilized before the merging can take place.

“The current strategy,” according to Mr. X, “is to reduce the population by a minimum of two thirds. This is to be accomplished by the introduction of certain genetically engineered behavior and mutation-specific viruses. As a safeguard, the viruses will be easily prevented by correct responsible behavior. In other words, it will be easy for a human being to prevent contraction.”

When this process is complete, the Grays will arrive. What do you have to do to ensure your survival?

“Act like a human being,” Mr. X says. “It’s as simple as that. Stop killing each other over the most trivial of matters. If you survive, then the future you asked about is more wondrous than you can imagine.”

Tony angrily replies to Mr. X’s statements, saying, “I’m not sure I like the idea of us ‘black sheep’ changing into ‘hybrids.’ Yes, we’re violent, but, Christ, who said anything about merging genetically with ETs? Who agreed to this? What agreement are you talking about? Did the White House sign documents with these Grays, or the Elohim people? I like to think of myself as a decent person and I like to stay human. If I want to see the universe, must I become a hybrid?”

“Some people would have viewed my statements,” he says, “as a fulfillment of their most dark and hidden desires. They could easily accept the annihilation of any amount of people if they believed the cause to be a just one. Others would feel outrage at the very thought of it. One is a HUMAN response and the other isn’t. Had you chosen the other, we would not continue this discussion. Compassion is a higher order emotion not found in the animal kingdom. Congratulations.”

Perhaps it is appropriate to mention at this point some verses from the book of Zechariah in the Old Testament. Chapter 13, verses 8 and 9 say: “In the whole land, says the Lord, two thirds shall be cut off and perish, and only one third shall be left alive. And I will put this third into the fire, and refine them as one refines silver, and test them as gold is tested. They will call on my name and I will answer them.”

Like Tony, we shudder and grind our teeth at the thought this prophecy might be fulfilled, the “eradication” of two thirds of mankind, but it is nevertheless significant that Mr. X’s statements are matched by a Biblical passage that Tony himself was most likely not familiar with. When the Lord speaks of “refining and testing” his one third remnant, this can be seen as a metaphor for the Grays’ process of evolving chosen humans to a level closer to themselves.

All of which does indeed paint a morally complex picture that can’t be taken in with a single glance. Along with the dialogue between Tony and Mr. X, “UMMO and the Extraterrestrial Papers” contains the complete text of Antonio Ribera’s book, “UFO Contact From Planet UMMO: Fourteen Light Years Away – A Perfect Case?” Also included is “The UMMO Dictionary,” a listing of 403 UMMO words and their English translation. Never before has such complete and exhaustive information about the alien presence been put on offer. Even if the alien information is not genuine, then Ribera and the other UMMO correspondents have still somehow conjured a completely new world and provided lessons on physics and philosophy that were many years ahead of their time.

While the UMMO phenomenon continues to be relatively obscure, even within the UFO community, it is in any case a necessary component to add to one’s general education on the subject of extraterrestrial life.

UMMO AND THE EXTRATERRESTRIAL PAPERS

THE SECRET SPACE PROGRAM: WHO IS RESPONSIBLE?

[If you enjoyed this article, please visit Sean Casteel’s “UFO Journalist” website at www.seancasteel.com to read more of his articles and to purchase his books.]