UFODigest.com » Aliens and UFOs » The UMMO Affair: Are Extraterrestrials Living Among Us?

· Are aliens mingling with our populous?

· Have they established a “Breakaway Civilization” right here on Earth?

· Have they actually gone so far as to construct cities of their own in isolated areas? 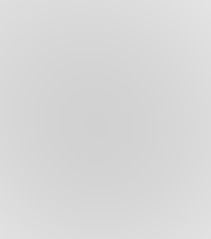 The UMMO saucer seems about to land.

The UMMO phenomenon is an anomaly unto itself in the world of UFOlogy. It is as yet a still unsolved mystery and cannot be easily dismissed in spite of how unlikely it would appear to be on the surface. Is this a genuine case of extraterrestrials reaching out to make contact with mankind in terms humans can understand? Something more direct and open than New Age channeling or the searching through by regressive hypnosis of people claiming to be abductees?

Timothy Green Beckley of Global Communications currently offers a book on the subject called “UMMO and the Extraterrestrial Papers,” which he also edited. The nearly 300 pages of the book contain a thorough, almost encyclopedic examination of the UMMO mystery, most likely the most complete treatment of the subject to be had anywhere.

Longtime UFO journalist Antonio Huneeus opens the book with a very informative introduction in which he explains, “A vast number of technical and sometimes philosophical communications have been mailed in manila envelopes to no less than 20 and probably many more Spanish and French UFologists. There are allegedly also networks of correspondents in Canada, Austria, Yugoslavia, and other countries, although there is no concrete proof of this.”

In other words, established UFOlogists in various parts of the world have been receiving what are essentially letters in the mail from extraterrestrials. How is that for open and direct communication? But Huneeus cautions that the exact origin of the UMMO papers has never been solved.

“This means,” Huneeus continues, “that it was never proven with the slightest degree of certainty that they were either fabricated by some ‘earthly’ intelligence agency or by an extremely persistent and well-informed hoaxer; or for that matter, were what they purported to be: communiqués from intelligent beings from the planet UMMO, who, according to their own admission, have been visiting Earth incognito since 1950.”

The aliens in question claim that their planet orbits a star which we catalog as Wolf 424, located 14.6 light years from our sun. Wolf 424 is named after one of its discoverers, a French astronomer named Etienne Wolf, who worked in conjunction with fellow Frenchman Pons Rayet. 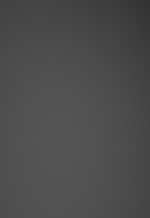 The late Spanish writer and UFOlogist Antonio Ribera is credited as being the main source of the UMMO belief system. He wrote a classic book, called “A Perfect Case,” which chronicled two UFO landings in the mid-1960s near Madrid. The pair of UFO incidents spearheaded the UMMO affair by showing for the first time its characteristic emblem, which is similar to our astronomic symbol for the planet Uranus. The symbol was visible in a series of controversial photos taken of the alleged UMMO ships, and also turned up in eyewitness descriptions of one of the landings.

The first of the landings took place on February 6, 1966, at about 6 PM. Half a dozen witnesses in the outskirts of Madrid observed the flight path and landing of a perfectly round saucer with three legs and a diameter of approximately 33 feet. One of the witnesses closest to the craft clearly saw the Uranus-like symbol of UMMO, which none of the witnesses were familiar with at the time.

It was around this same time that a Spanish UFO buff named Fernando Sesma began to receive by mail a number of technical papers relating to and supposedly written by the OEMMI, the inhabitants of UMMO. The second landing incident, which took place on June 1, 1967, was actually predicted several days before it happened in a written message mailed to Sesma and two other correspondents. Even the precise geographical coordinates of the landing were provided. All of the details of the 1966 sighting were repeated, to include the size, shape and symbol on the object.

“Seven clear photos of a classic flying saucer with a large UMMO symbol,” Huneeus writes, “were taken by Antonio Pardo and another amateur photographer.”

Although the photos were later labeled as a hoax by both Dr. J. Allen Hynek’s Center for UFO Studies (CUFOS) and Ground Saucer Watch (GSW) in Phoenix, Arizona, the Spanish UFOlogist Ribera still stood by them.

In the wake of the pair of sightings, the network of correspondents quickly grew to include about 20 people residing in several Spanish cities. The envelopes contained no return address, which meant the correspondence was only one-way. But a steady stream of highly technical papers, some dealing with the nature of the universe and the basis for intelligent life in the cosmos, continued for some time.

Huneeus is careful to point out that the content of the UMMO material is different from that of most contactee cases because they don’t contain messianic messages of doom and salvation. The method used is always by mail and not direct or telepathic contact. Unlike George Adamski and countless other “cosmic souls” trying to convert our confused human species, the authors of the UMMO papers write things like, “In no way do we wish – and we sternly warn you about this – to see you fall into the temptation of switching your religious, scientific and politico-economical ideas for ours. It would be a mistake for you to adopt our ideas, concepts and statements at face value.”

One must admit that Huneeus is quite correct on this point. That doesn’t sound like the words and attitudes of any previous “voice from beyond the stars,” as the contactees sometimes characterize the Space Brothers. These particular alien communicants don’t seem to want to change us at all.

“What are we to make of all this?” Huneeus asks. “Are we dealing with a clever and long-range social experiment conducted by some earthly intelligence agency or a think-tank like the Rand Corporation, as was considered by Ribera? Or are we instead being manipulated by a cryptic cabal of industrialists and scientists, like James Bond’s ‘SPECTRE’? Or should we instead take the papers as true renderings of an advanced alien civilization from UMMO which is trying to impart some real knowledge without upsetting too much the world’s political and cultural ‘status quo’? Whatever the answer, there could be little doubt that UMMO is a complex affair.” 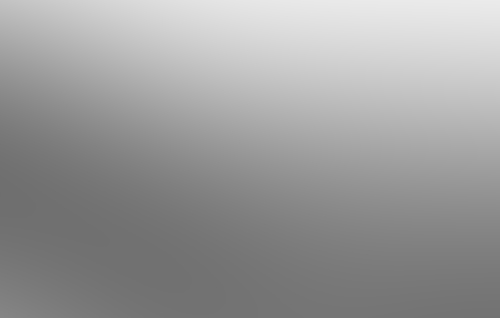 It is in this secluded area the space people from UMMO first gathered.

Huneeus says we must rule out the possibility that it is a simple hoax in view of the duration and complexity of the material involved. A secret conspiracy or experiment is perhaps more believable, but again we must consider the length of time, international resources and the sophistication of the material itself. What could be the motive for such a group, given that it exists, to go to such trouble? One must remember that some of the papers on advanced physics, cosmology, biology, and space propulsion actually baffled a number of respected Spanish and French scientists and engineers.

As the well-known computer expert and UFO researcher, Dr. Jacques Vallee, put it, “If these concepts were not of extraterrestrial origin, then they must have originated with people who knew perfectly the ultimate advances of modern physics and had extrapolated beyond them.”

Huneeus says that he has never been satisfied with any of the answers offered. He doesn’t seen proof for UMMO being either a long-term disinformation experiment or actual ET messages. He did, however, once receive an UMMO letter himself, sent from New York City in 1985.

“The letter had the characteristic UMMO symbol,” he writes, “and was obviously a photocopy. Unlike the original technical papers, however, this could have been a put-on, since it was now stressing political views of an almost subversive nature.”

The letter to Huneeus read, in part: “The recognition of the UFO phenomenon refutes the authority of the State as the ultimate power on this planet. The ignorant masses are being sent to fight senseless and needless wars to sacrifice their own lives in the name of Nationalism, an outmoded concept based upon arbitrary and imaginary lines which represent artificial boundaries that do not exist in Nature. Nationalism is the modern-day extension of primate mammalian territorialism.”

Meanwhile, in France, the UMMO phenomenon took on a life of its own. Several scientists, such as Jean Pierre Petit, expressed a serious interest in the material that had been collected from various sources. Petit, an astrophysicist, says he was much inspired by the UMMO letters and considered them to be of “high caliber.” He maintains that his research into fluid mechanics – as well as other highly technical academic theories – was at least partially a result of digging into what the extraterrestrials had revealed in their letters. For several years, a select group met on a regular basis to discuss what practicalities could be gleaned from this correspondence with off-planet intelligences that are now making their home here.

Petit’s endeavors have resulted in several postings on the Internet in which the case is discussed in vigorous detail. Readers who wish to sink their teeth into the UMMO affair even farther can follow this YouTube link: http://www.youtube.com/watch?v=DtSTw67c_cY.

One of the statements from the UMMO aliens about their relationship with earthlings involves the idea that the human life form is spread throughout the universe and is not the sole province of humankind on this planet. The UMMO aliens obviously blend in with normal human beings to the extent that they can put letters in the mail, or at least hire earthlings to do it for them, but their grip on our planet might be much stronger than that.

UMMO AND THE EXTRATERRESTRIAL PAPERS

THE SECRET SPACE PROGRAM: WHO IS RESPONSIBLE?

[If you enjoyed this article, please visit Sean Casteel’s “UFO Journalist” website at www.seancasteel.com to read more of his articles and to purchase his books.]