UFODigest.com » Aliens and UFOs » TRAVELING THE PARANORMAL CORRIDORS OF THE WORLD – PART II 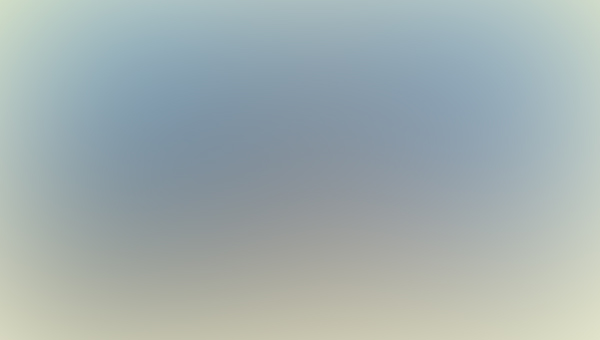 If you missed Part I of this article simply click here!

THE MAGIC AND MYSTERIES OF MEXICO

Beckley has also unearthed another book that revolves around the occult traditions of a popular tourist destination, Mexico. He has reprinted and expanded upon a book called “The Magic and Mysteries of Mexico,” by Lewis Spence and originally published in the U.K. in 1943. While the work has some attributes of a more formal anthropological approach than the ones previously mentioned, it is nevertheless an entertaining read.

In a chapter called “The Demonology of Mexico,” Spence opens by saying, “The demonhood of ancient Mexico was, perhaps, the most gruesome which ever haunted any race of men. It took many shapes, and varied somewhat with locality, and it scarcely resembles any recognizable system of demonology, European or Asiatic. Those demons most dreaded were the Tzitzimime, or ‘monsters descending from above,’ who were, indeed, the stars.”

An ancient Mexican myth tells us that at one time the Tzitzimime dwelt in heaven but were expelled from its delights because of their sins. They are represented as taking the shapes of noxious insects, spiders, scorpions and so forth.

“One of the most terrifying figures in this stellar demonology,” Spence writes, “is the goddess Itzpapalotl, who has the attributes both of the butterfly and the dragon, a hideous mingling of the insect and the earth-monster. Another was Yacatecutli, a personification of the merchant’s staff, to whom the peddlers of old Mexico offered nightly sacrifices of their own blood, drawn from their ears and noses, and smeared over a heap of the staves or bamboo walking sticks which they generally carried.”

These demons were creatures of the night, according to Spence, and perhaps the most terrible among them was Tezcatlipoca, also called “the Fiery Mirror” and “He who affrights the People,” a divine master of magicians who took upon himself many fearful shapes and grisly disguises. Perhaps the most menacing of the nocturnal disguises of this god, who wore the star of night upon his forehead, was a species of hawk called the uactli bird. The bird’s cry of “yeccan, yeccan” was thought to foretell a speedy death to him who heard it.

Another shape in which Tezcatlipoca haunted the woods was as the “axe of the night.” As midnight approached, the local people might hear a sound as of an axe being laid to the roots of a tree. Should some courageous wayfarer go to investigate the sound, he was seized upon by Tezcatlipoca, who appeared in the form of a headless corpse, in whose bony breast were “two little doors meeting in the center.”

The Aztecs said it was the opening and closing of these little doors that simulated the sound of a woodcutter at work. A sufficiently brave man might plunge his hand into the “grisly aperture” and take hold of the heart within, which would permit him to ask what price he chose from the demon. But the coward who encountered this awful phantom would quickly die from sheer fear.

Tezcatlipoca was credited with hauntings of all kinds, and especially feared were those forms of him, headless and without feet, which were said to roll along the ground, scattering diseases and maladies as they went.

“The Magic and Mysteries of Mexico” also includes chapters on Mexican witchcraft and astrology as well as chapters on Mayan magical traditions and that ancient culture’s mystical writings. Its author, James Spence, was one of the most prolific authors to write about Atlantis, British mythology and occultism in general, producing more than 50 books, with titles like “Scottish Ghosts and Goblins” and “The Myths of the North American Indians.”

AN OCCULT GUIDE TO SOUTH AMERICA

The ancient belief systems of nature worship still flourish in some parts of the world, to include South America. Practices we find bizarre or even utterly repellant, things strange enough to induce what some psychologists and anthropologists call “culture shock,” are presented in Wilcock’s book without judgment and also without an attempt to proselytize for the primitive rites of the indigenous peoples he writes about.

In the newly reprinted book, Wilcock writes about an explorer named Charles W. Domville-Fife, who set off with camera, gun, trinkets and native bearers for the remotest regions of the Amazon he could reach. He visited a tribe called the Apiaca, who drank out of human skulls with the eyes and nose sockets plugged by dirty red clay. The Apiacas believed that the spirits of the dead were reborn in the form of birds and animals, and that the moon was an evil spirit that would drag any Indian who bathed in the river in its pale light down into the murky depths.

Domville-Fife was forced to learn to survive by eating monkeys, tortoises and lizards. He also suffered mosquitoes and was bitten by a vampire bat. While visiting the Cashibo Indians, he was shocked to learn that “the aged are killed and eaten because it is considered better to be devoured by a friend than by birds or beasts of prey. It seems that these natives believed that having eaten the heart, brain, eyes, ears and hands they absorb the good qualities, cunning and spirit of the departed.” However, they do not kill and eat captives of other tribes because they look upon their neighbors as inferior in all respects to themselves and therefore “unworthy to be absorbed.”

Wilcock also writes of a demon whose legends are common in Argentina. Called “Avacua,” the demon is said to bring sickness and death and is also responsible for entering the moon and breaking it up at the time of the lunar eclipse. The people try to drive the evil spirit away from human bodies and the moon by throwing stones, firing guns, throwing lighted torches into the air and basically creating as much pandemonium as possible. The custom is still in practice among many South American tribes, and is similar to the Hawaiian Kahuna practice of shouting curses and profanities at an offending spirit to frighten it into leaving.

At such times, the people must rely on the community’s shaman or witch doctor, who regards all human ills to have been caused by witchcraft and must be fought by witchcraft as well. The witch doctors would engage their spirits by shouting, grimacing, going into contortions like one possessed, and imitating the roaring of tigers and other terrifying animals. The witch doctors were the arbiters of both good and evil, of life and death, and of the power of the elements. They could cause storms, alter the seas, dry up rivers or flood the fields. They could so enchant a person that he was rendered unable to move, eat, drink or sleep unless the witch doctor commanded. To receive the power to do magic, the witch doctor was required to fast and undergo corporal penitence. He lived naked and alone in cold, faraway places, eating nothing but maize and peppers.

In “An Occult Guide to South America,” Wilcock also provides a great deal of more standard travelogue material, written from the perspective of an experienced modern day explorer. The reader can journey through the major cities of Brazil and Argentina, as well as travel down the mighty Amazon River in search of tribes nearly untouched by the passing of time who continue to worship nature and fear its wrath.

Wilcock has a long and impressive history as a counterculture journalist and author. In 1955, he co-founded the celebrated newspaper “The Village Voice,” and also held positions at “The Witches Almanac” and “The Los Angeles Free Press.” As a world traveler, he has written guidebooks for Mexico, California, Texas, Rome and Florence, as well as “A Guide to Occult Britain,” from which he originates.