UFODigest.com » Aliens and UFOs » UFO CONSPIRACIES FROM THE SHADOWY SIDE OF THE UNIVERSE – PART II 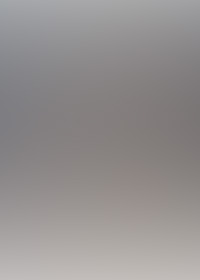 If you missed Part I of this series simply click here: https://www.ufodigest.com/article/conspiracy-journal-0207

MIND CONTROL IN THE 21ST CENTURY

Another thing difficult for some people to speak out about is government mind control experiments, a subject covered by Tim Swartz in an article called “Freedom Lost: Mind Control in the 21st Century.”

Swartz opens with a quote from alleged mind control victim Kai Bashir, who asks, “Do people ever stop to think there may be a dark, hidden plan to control their freedom? Do people stop to think that if there is such a plan, would they ever know it even existed?”

In Bashir’s self-published book, “Mind Control Within The United States,” she reveals the devious, hidden efforts to enslave all humanity through electronic mind control methods. Beginning in her childhood, she experienced strange sensations akin to electric shocks that ran throughout her body that were soon replaced by disturbing thoughts that seemed to originate outside her body, thoughts that were not her “own.” She heard instructions to steal, to lie, to change her beliefs on war, patriotism and religion.

Mind control experiments create an unfortunate Catch-22 situation for their victims. Once a person’s mind has been toyed with or experimented upon, they become so irrational that when they subsequently try to tell their story about the experience, it becomes nearly impossible to believe. They have in fact become “paranoid” and “delusional,” but not as a result of more common forms of mental illness. Admittedly, there are mental illnesses where sufferers imagine that tormentors are “beaming” messages into their brains.

But the fact that those same symptoms can be artificially created through human technology is the real point of Swartz’s article and the current literature on mind control.

Swartz writes: “Can the government, or some secret black project intelligence organization, read your thoughts? Even worse, can they implant thoughts into your head? Would that be the ultimate mind control, if they could control what you actually think and yet you could not even detect it? There is overwhelming evidence to suggest this is the case.”

He briefly mentions the rising tide of mass murderers who blame their crimes on a “voice” in their heads. Is this a naturally occurring sociological phenomenon, or the result of years of research by some secret group into electronic methods of mind control? Obviously Swartz is asking questions not even die-hard conspiracy theorists can answer completely. He does, however, deal with some of the forms mind control can take, methods such as poisoning the food supply with pharmaceuticals and hard drugs, sexual abuse, and something called “electronic and personality imprinting.”

Electronic mind control, according to Swartz, may be the most effective because it is the most easily concealed. We are constantly surrounded and bombarded by electromagnetic energies through cell phones, radio and TV signals, electrical grids and power lines. Electronically focusing a sound to a specific frequency can shatter glass, explode an object, including a person, and affect the nature of energies already present at various locations. Frequencies combined with particular oscillation rates can do things that seem straight out of science fiction.

The technology that led to radio control of the brain began in the 1920s and ‘30s. A pivotal monograph was published in 1934 by two scientists, Dr. Chafee and Dr. Light, called “A Method for Remote Control of Electrical Stimulation of the Nervous System.” Working along the same lines, Spanish scientist Dr. Jose Delgado was able to trigger an electrode implanted in the head of a bull and stop the charging beast in its tracks. By the 1950s, the possibility of doing the same thing to a human being was being openly discussed. Curtis Shafer, an electrical engineer for the Norden-Ketay Corporation, speaking at the National Electronics Conference in Chicago in 1956, told his audience that it might one day be technically feasible to implant an electrode under the scalp of a child a few months after its birth that would permit the control of the subject’s sensory perceptions and muscular activity.

Swartz continues in this vein, providing more of the fascinating history of the steady, inexorable development of mind control technology, including a quote from the aforementioned Dr. Jose Delgado, who said that with knowledge of the brain, “We may transform, we may shape, direct and robotize man. I think the great danger of the future is that we will have robotized human beings who are not aware that they have been robotized.” Delgado also said that through the skillful use of radio waves one could create invisible weapons that when deployed against the mind would be “more dangerous than atomic destruction.”

DARK SIDE OF UFOLOGY

Publisher and editor Timothy Green Beckley also weighs in with his own article, called “UFOs in the Lake of Fire,” in which he expounds on what has become one of his favorite themes of late, the dark side of UFOlogy. In the article, he recounts the experiences of an acquaintance named William C. Lamb, with whom he conducted what Beckley calls a “mostly one-sided” correspondence. Over time, Beckley had formed the opinion that Lamb was “a bit of a nutter,” British slang for a crackpot.

Lamb told Beckley he knew all about God and Satan firsthand because he had seen Beelzebub with his own eyes. Not as part of a Near-Death or out-of-body experience, but as a component of a UFO landing.

“Lamb had been out hunting in a snowstorm around four or five A.M. in February 1922,” Beckley writes, “when he heard a buzzing sound and saw this huge spherical craft hovering over a nearby field. It was so large and brilliant to his eyes that it blocked out the stars and he found himself mesmerized by its sudden appearance. He watched in awe as a partition opened on the side of the craft and a gigantic creature with wings flew to the ground and landed in the snow. The being was somewhere between seven and eight feet tall and appeared demonic in its facial features and physical form. Lamb said he hid behind a tree and watched as it tracked through the snow, its hooves – yes, I said hooves – melting down to the tundra as it went along. Eventually it came to a sturdy wire fence and managed to just walk through it, burning through the mesh and leaving it looking red hot.”

Beckley says at the time he had every reason to believe Lamb was “totally delusional” and obviously interpreting his UFO encounter through the eyes of orthodox religion. Lamb had even claimed that when the ghoulish figure approached him he had managed to get it to fly off by using the name of Jesus and commanding it to depart.

But Beckley also acknowledges that Lamb’s case is known to others as well, and is even preserved in the Air Force’s Project Blue Book files. As far back as the 1960s, Beckley goes on, the U.S. government and military recognized the occult nature of what was still referred to in many circles as flying saucers.

To further make this point, Beckley makes reference to an interview with British researcher Nick Redfern, author of “Final Events and the Secret Government Group on UFOs and the Afterlife.” Redfern’s book details the history of a hidden think tank within the U.S. government that believes UFOs are not alien in origin but are really a tool of the Devil. The early purpose of the think tank was to learn to exploit the mental powers of what they called “nonhuman entities,” commonly known today as the grey aliens, and perhaps utilize that power as a “mind-weapon.” 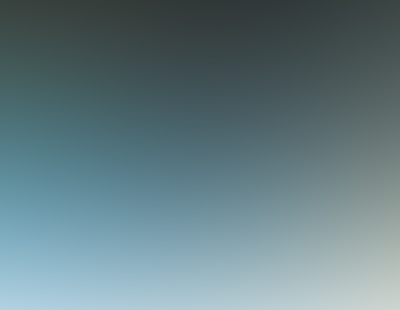 As the group’s research progressed, the members came to believe the greys were “highly deceptive,” which led to the conclusion that the greys were quite literally demons from hell. The alleged agenda of the greys was to bring people over to the dark side and set the stage for Armageddon, which would then be made to look like an alien invasion. The greys/demons are essentially energy-based creatures seeking to feed on the energy created by human death and misery, which is similar to what Zulu shaman Credo Mutwa has stated earlier in this article.

This interview with Nick Redfern can be read in its entirety in another Global Communications book called “Round Trip To Hell In A Flying Saucer,” an anthology of articles and interviews about the dark side of the UFO phenomenon that also features the complete text of a 1955 book by Cecil Michael, from which the later Global   Communications release takes its title. Michael also claims to have met Satan himself while onboard a UFO and to have journeyed with the fiend straight to hell. As the title so reassuringly implies, it was a ROUND trip for Michael, and he did manage to return from the depths of the damned.

So if you think THIS stuff is interesting, you should read the entire “Conspiracy Journal Reader: The Darkest, Deepest Secrets” and discover even more material of an equally chilling and absorbing nature. Besides the contributors mentioned here, well-known writers like Commander X, Scott Corrales, Dr. Steven M. Greer and many others   tackle some of the most thorny and difficult aspects of conspiracy theory. If the overall conspiracy is as well organized and impossible to expose as many have come to believe, it may still be possible to grimly oppose what is happening and survive to tell the tale. And books like “Conspiracy Journal Reader” could prove to be a big help in that heroic struggle.

REALITY OF THE SERPENT RACE AND THE SUBTERRANEAN ORIGIN OF UFOS  http://www.amazon.com/Reality-Serpent-Race-Subterranean-Origin/dp/1892062542/ref=sr_1_1?s=books&ie=UTF8&qid=1391726250&sr=1-1&keywords=REALITY+OF+THE+SERPENT+RACE