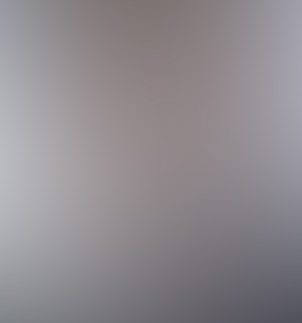 If we study carefully the events that lead to the Watergate style leak of NSA snooping recently, we can observe some hopeful signs as to an end to the UFO/ET cover-up. A small community of people has known about the massive surveillance of global citizens by the NSA for a long time, with a steady drip of whistleblowers coming forward on a regular basis. It’s not really that dissimilar to the drip of whistleblower leaks in the UFO community. It is possible that we have laid the groundwork for one courageous whistleblower, or small group of whistleblowers and media, to bring UFO/ET disclosure to the general public as has happened with the leak by Edward Snowden. http://www.politico.com/story/2013/06/ron-paul

It would be well that we paid attention to national and international events that are unraveling the web of elite control, secrecy and deception worldwide. We just had unprecedented attention given to the latest Bilderberg meeting this June with some mainstream media attention. Attention has been growing slowly, drip by drip, focusing on Bilderberg activities since the group’s formation. Whistleblowers and alternative media seem to have reached a critical mass, and now seem to have put the super-secret group into disarray over transparency, as some of those on the uninformed periphery of the group, lobby for openness against the core fascists.

Another factor also in play is that many world governments are beginning to declassify UFO/ET documents in large numbers, while the United States Government continues to lie to the public on the issue. Even the Russians have been more open as to extraterrestrial contact with even the President of Russia coming forward that he received a briefing on ETs among us along with the nuclear codes when he became President. It was treated as a joke by the American press when he referred to the Russian documentary on the Men in Black when the American press thought he was talking about the American comedy Men in Black.

So we should ask ourselves is the stage now being set for one or several very courageous individuals to come forward with a major leak on MJ 12 or NSA data on extraterrestrials. Could this happen in the same manner that the leak by Edward Snowden has stimulated open public debate on NSA eavesdropping on global citizens? I certainly hope that this same sort of thing happens to stimulate an international public discussion on UFO/ET like is already going on in the limited arena of the UFO/ET community.

I have thought for the past several years that the only way we are going to get real unequivocal UFO/ET disclosure is for the Bilderberg Criminal Mafia’s global control structure to weaken. It’s got to weaken enough to where the information falls out into the public domain through whistleblower leaks that can’t be stopped. I don’t think governments will willingly disclose when the UFO cover-up is the global elite’s meal ticket with trillions of dollars being made by secretly exploiting ET technology and suppression of free energy technologies.

Ed Komarek can be reached on Facebook and accepts all friendships. He posts daily UFO/ET related news to his Facebook Wall. Ed’s blog is http://exopolitics.blogspot.com/ and he is currently involved in marketing his disclosure book UFOs Exopolitics and the New World Disorder, available on Amazon in both print and Kindle. The book will be free on Kindle as part of a special promotion this June 12 – 13, 2013.