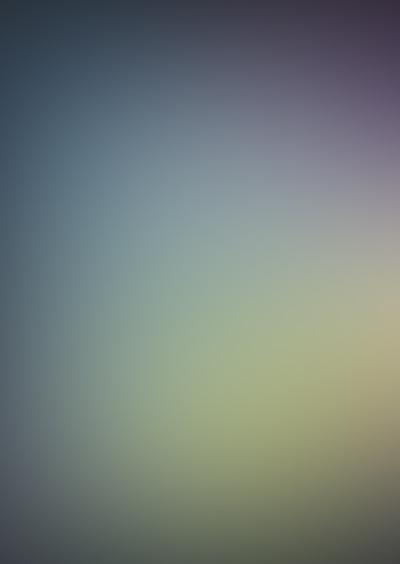 When one ventures beyond what is called the “nuts-and-bolts” approach to UFOs, beyond the notion that UFOs are simple physical ships occupied by simple physical aliens, one is forced to confront the mystery anew in some quite confounding ways. While the more prosaic “nuts-and-bolts” aspects of the phenomenon admittedly continue to defy concrete explanation, delving into the paranormal, even occult, overtones of flying saucers at once opens a metaphysical can of worms that eludes our understanding to an even greater degree.

Art Description – Beings of light may also be found in the astral plane, as depicted in this inspirational art by Carol Ann Rodriguez.

It is up that extremely complex “otherworldly” road that publisher Timothy Green Beckley has fearlessly – some would say “recklessly” – been determinedly traveling for decades. His company, Inner Light/Global Communications, has recently released an updated edition of “How To Travel To Other Dimensions,” a book that explores subjects like astral body travel and traveling in time from both ancient and modern perspectives.

The book opens with S. Panchadasi’s treatise on the subject of the astral plane. The “S” stands for “swami,” and Panchadasi published several books on occult subjects in the early 20th century. As in most books of its time, the prose is a little more elegant, a little more assured, than what we are given to read in the early 21st century. Panchadasi’s contribution in “How To Travel To Other Dimensions” is well chosen from his body of work because it offers a kind of primer on the astral plane, its various levels, and what to expect once you get there. He also writes about the ethics of occultism and teaches respect for the old occultists down through the ages.

We are told there are seven planes of being. The lowest, where you are most likely reading this article, is the material plane. The second plane is known as the Plane of Forces, and the Astral Plane is number three. The Mental Plane is the fourth level, followed by three higher planes that cannot be named because they are beyond explanation or description to even the advanced occultists in the human population of mere mortals. Each of the seven planes has seven sub-planes, and each sub-plane has its own seven subdivisions and so on to the seventh degree of subdivision. If you have trouble visualizing all that, Panchadasi reassures you that you are not alone. It takes many years of study, he says, to reach an understanding of what a plane really is.

He also gives a lesson on the origin of the term “astral,” saying it is “derived from the Greek word meaning ‘related to a star,’ and was originally used in describing the heavens of the Greeks – the abodes of their gods. From this sense and usage the term widened in application, until it was employed to indicate what might be called the ‘ghostland’ of the ancient people. This ghostland was believed to be inhabited by beings of an ethereal nature, not only disembodied spirits, but also angelic beings of a higher order.” 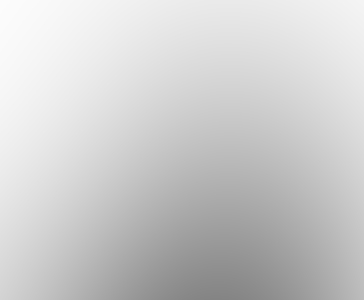 The astral traveler is likely to meet all manner of Ultra-Terrestrials. Good. Bad. Ugly

Sounds like just the kind of place you’d like to visit, right? And getting there is half the fun, though Panchadasi feels it is not advisable to provide his readers with “the technical details attendant upon the process of passing out of the physical body into the astral body of finer substance” because there is too much potential for the untrained person to incur “very undesirable results.”

But another writer who frequently appears in books from Inner Light/Global Communications, Dragonstar, does not share that sense of caution. In a section called “It’s Not As Difficult As You Think,” Dragonstar lays out a step-by-step process that begins with relaxation and breathing exercises to be practiced as one is dropping off to sleep. One is next instructed to think of one’s physical body as a heavy, cumbersome piece of clay and to visualize one’s astral body as bubbles or sunlight. The body is heavy but the soul is weightless.

“At this point,” Dragonstar writes, “many people report being able to ‘see’ the darkened room even though their eyes are closed. It appears to be bathed in a purple light. If you get this far, try to focus your attention on the ceiling light fitting. Imagine drawing the light bulb toward you. As you do this, you may feel yourself floating toward the ceiling. Try to remain conscious. You will become aware of floating in your astral self and may even see your sleeping body laid below you on the bed.”

A good example of how this astral body travel process may relate to alien abduction is the story abductee Whitley Strieber tells in “Transformation,” his follow-up to his bestselling megahit “Communion.”

“The thought crossed my mind,” Strieber writes, “that I would like to try having an out-of-the-body episode. I began attempting to roll out of my body. An instant later I saw a strange image as if on a television screen about a foot from my face. It was the image of the long, gray hand of a Visitor. [The “Visitors” is Strieber’s term for his alien abductors.] The hand was extremely long and thin, with four fingers. They had black, claw-like nails on them. Then I found myself in the air above my body. I was hanging there, floating effortlessly. I saw my face down below, the eyes partly opened, the lips parted. I was not asleep. On the contrary, I felt alert. I was calm and collected and not at all afraid.”

Strieber began to explore this new state of being and found that he could go through his bedroom window without opening it.

“As I passed through the glass and screen,” he writes, “I could feel a slight difference in density, exactly as if I were moving through cool smoke. Once outside, I could see that the world around me was very much the same as it had always been.”

He re-enters his bedroom and tries to reconnect to his body, but for some reason he comes loose from it again. Suddenly he is back in his childhood home in San Antonio and realizes he can hear his long-deceased father mowing the lawn at the crack of dawn. Strieber watches his father from his bedroom window. His father glances up at him and says, “When are you going to come help me?”

This frightens Strieber tremendously. He immediately finds himself back in his body and this time clings to it.

“I had the feeling I’d touched death just then,” he writes.

A moment later he feels normal again and sits up in bed beside his sleeping wife.

“There was no sensation of having been asleep,” he reports, “or of any discontinuity of consciousness. I did not feel I had just awakened from a dream. According to the clock, only about ten minutes had passed.”

The brief passage of time Strieber notes in his experience is a phenomenon Tim R. Swartz also writes about in “How To Travel To Other Dimensions.” In a chapter called “The Ultimate Mystery: Are UFOs Dimensional Machines?” Swartz lays out some tantalizing theories.

“Using your mind to influence time-space to the extent that the dimensional field could be broached,” Swartz begins, “has been the subject of occult theory for many centuries. However, in this modern age, mind power has been circumnavigated by science. Is it possible that other dimensions could be accessed using technology? Have some unusual cases of UFO/human interaction demonstrated that UFOs may be operating outside the realm of normal time and space?”

Swartz next tells the story of two sisters who encountered a UFO in June 2001 as they drove home from a day of shopping in Dayton, Ohio. A strange light in the sky caught their attention. The light grew in intensity and flew towards the car at incredible speed. It then soared past the car and hovered over some nearby treetops. They pulled over to the side of the road to get a better look. The light was so bright that it was impossible to see any shape behind it, though it was clearly as big as a house. It was also strangely silent, without the engine noise one would expect from an airplane or helicopter.

Another identical light swooped down and hovered a short distance away, at which point the sisters tried to drive away. But the car engine, lights and radio were all completely dead. The women felt an odd silence descend on the area and a strange feeling of total isolation, as if they were the only two people in the world. Not knowing what to do next, they continued staring at the two lights when, unexpectedly, both objects shot straight up into the air and disappeared into the night sky. The area was plunged into darkness and the normal sounds of the night resumed as if someone had thrown a switch. The car started running again, seemingly by itself.

According to their watches, the strange events has lasted more than 20 minutes, and they expected to arrive home late. No one at home seemed to notice their tardiness, however. That’s when they realized that instead of being after 9:00 p.m., as their watches indicated, it was only 8:35 p.m.

“It was as if the entire time we spent looking at those lights had never happened,” one of the sisters said. “But it did happen. Our watches both showed we had been stuck out there for over 20 minutes, but somehow we gained the time back with a few minutes to spare. Normally, we would have been home at around ten to nine, but somehow, despite what happened, we got there early.”

Such distortions in time and space are among the strangest aspects of some UFO encounters, according to Swartz, and may be an accidental byproduct of the unknown energy field that is emitted from the craft when it enters or leaves our atmosphere. Thus some UFO witnesses may indeed “travel to other dimensions” as part of the event, either by chance or by design. 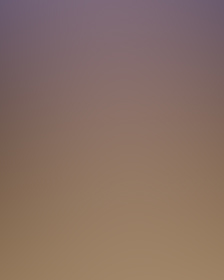 But there have also been attempts by human experimenters to cross time and space using technology. The legendary Commander X discusses the field of radionics as well as Ocilloclasts, Hieronymous machines, or more simply, black boxes that employ ancient techniques wrapped with the trappings of electricity and the machinery of the modern era. Can we someday diagnose and cure illnesses by tapping into other dimensions now unknown to us? Commander X brings us up to speed on the history and state-of-the-art in this fascinating field of research.

“How To Travel To Other Dimensions” makes use of what has become a successful formula for Inner Light/Global Communications books: combine the works of several authors, both old and new, and cover a given subject from several angles as part of a group effort. From the time-tested ruminations of an early 20th century swami to the technological adventuring of present day inventors, traveling to other dimensions has never seemed so inviting – and so entirely within the realm of possibility. “How To Travel To Other Dimensions” also serves as a text that the reader can work with to accomplish a variety of personal goals through various metaphysical means. You might even be able to hop aboard an outward bound UFO without having to wear a heavy space suit and pass one of NASA’s rigorous astronaut training courses.

PARA-X POWERS: UNLEASH THE PSI POWERS WITHIN YOU

THE MASTER BOOK OF SPIRITUAL POWERS