UFODigest.com » Aliens and UFOs » UFOS: DO SOME OF THEM COME FROM AN INNER EARTH “PARADISE”? – PART II 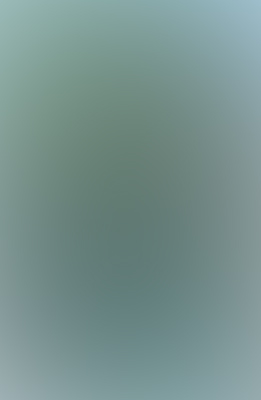 If you missed PART I of this article click here: https://www.ufodigest.com/article/inner-earth-paradise-1001

Rampa’s “My Visit To Agharta” includes previously unpublished material taken from manuscripts found in the personal effects of a bookseller in New York who befriended Rampa and published some of his earlier work. The book takes its title from its first section, in which Rampa tells an incredible yet curiously believable story about a journey to the Inner Earth, accompanied by a Tibetan lama named Mingyar Dondup. Along the way, they manage to rescue a young woman who has been kidnapped and tortured by demonic dwellers in the underground tunnels that lead to Agharta. The woman’s fate is not unique, we are told. Thousands disappear that way every year, making up the statistics of missing persons who are never heard from again.

But the real purpose of the sojourn into the depths below is to reach Agharta itself, which turns out to be a garden paradise at the center of the Earth as well as at the center of every other habitable planet in the universe simultaneously. There Rampa and his friend the lama take part in a kind of convention of wise men and saints, both human and alien, and witness a demonstration of the power of the light that sustains life throughout eternity. This sun-like body in Rampa’s Agharta is the same as Olaf Jansen’s “Smoky God,” a reference to the slightly dimmed orb to which the underground dwellers offer worship and praise.

In a section of the book called “Ancient Aircraft of the Gods,” Rampa writes about the highly advanced flying machines of India as described in the ancient text called “Mahabharata,” ships that flew on “an enormous ray which was as brilliant as the sun and made a noise like the thunder of a storm.” Rampa says the ships used to shoot up and down the tunnels that connected the inner and surface worlds, but they now lay mostly unused except for occasional trips through hidden exits to the surface.

“Like the flying saucer sightings aboveground,” Rampa laments, “the tunnel sightings are mostly considered folklore. Nevertheless, it would not surprise me if the deepest recesses of the planet still hold those who know how to use the ancient technologies of the old ones.”

While Rampa’s story is admittedly difficult to take literally, it still works beautifully as a well-crafted bit of modern mythology, and Rampa’s sincere, wide-eyed telling of the tale is so infectiously positive and uplifting that you end up feeling much better whether you believe it to be factual or not. In any case, he offers further testimony regarding the Inner Earth paradise and the earthly origin of flying saucers and must be taken seriously in those terms.

It is perhaps a universal human desire to find paradise on Earth, to collectively return to the Garden of Eden with the multiple sins of the multitudes forgiven. Perhaps this land of perfection and bliss we seek is indeed quite real, waiting for us beneath our feet and not somewhere out among the lonely stars.

THE SMOKY GOD AND OTHER INNER EARTH MYSTERIES: UPDATED/EXPANDED EDITION

MY JOURNEY TO AGHARTA: THE LONG LOST BOOKS OF RAMPA

Trust me when I tell you that all the stories and folklore about our “paradise” inside the Earth do NOT go far enough in their attempts to lay down the facts about this world within a world. There are many dangers beneath our surface, says California researcher Richard Toronto.

He has been spying on at least two individuals for more than a decade and he undoubtedly has the scoop on everything they have ever done and said.

Rich is a fan of the Shaver Mystery. He has a vast collection of memorabilia attesting to this fact. He knows everything there is to know about Richard S. Shaver and the underworld denizens called the Deros. He is also an acknowledged expert on the late publisher/editor/theorist Raymond A Palmer (RAP for short) who first published Shaver’s stories in a sci-fi journal during the mid-1940s. “Amazing Stories” had a solid readership for a pulp magazine, but when Shaver’s tales were added to the digest its circulation increased two-fold as many readers added their two cents’ worth, proclaiming that Shaver was right and that they had also heard voices – voices that told them to do terrible things, from killing and committing arson to fostering wars and global conflict.

Shaver said this inner world was ancient. That this conflict had been going on since time immemorial. That the Dero had the use of weird telepathic machinery by which they could control our thoughts and command us to do dastardly deeds against our will.

Toronto follows Shaver and Palmer home from the publisher’s office and takes a peek into their private lives. The Air Force once said Ray Palmer “created” the flying saucer mystery, which may be an oversimplification, but he did hire Kenneth Arnold, the “first” flying saucer observer, to track down rumors of a crashed UFO, only to have a run-in with sinister forces who seemed to know what he was thinking.

In short, if you think you know about the Shaver Mystery and the Inner Earth, you are unfortunately mistaken. Though both gentlemen are now deceased, here are numerous insights from Shaver and Palmer’s closest associates, family and friends.

SHAVEROLOGY – A SHAVER MYSTERY HOME COMPANION is a must-read for those who thought they knew all there was to know about a subject that has been the center of extreme controversy for many decades. Here is a direct link to the book on Amazon: