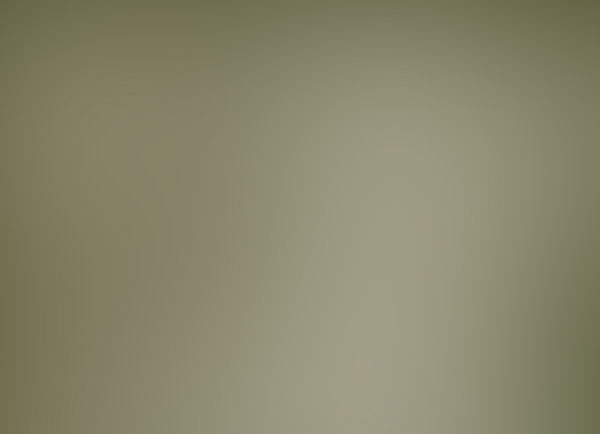 George Hunt Williamson, one of the major players on the UFO contactee scene of the 1950s, continues to be a shadowy, hard-to-define personality in the years since his death in 1986. He embodied a great deal of the contactee era’s optimistic faith in Space Brothers as the saviors of our planet and would be crucial to the formation of a large portion of accepted New Age doctrine. But he also had ties to a neo-fascist organization and was investigated by the FBI as a possible communist propagandist. He claimed degrees in anthropology that could never be verified, even while he traveled throughout the Americas collecting legends and stories from various indigenous peoples about visits from those same Space Brothers and their help in establishing functioning tribal communities. He would change his name to suit the occasion, sometimes calling himself Brother Philip, or by the Serbian moniker Michael d’Obrenovic.

Who was the real George Hunt Williamson? A complete answer to that question may never be totally forthcoming, but some recently updated and expanded books offered by Timothy Green Beckley’s Global Communications may help shed at least a little light on the subject.. One of the new releases is called “The Saucers Speak: Calling All Occupants of Interplanetary Craft,” and the other is entitled “Traveling the Path Back to the Road In the Sky.” They both contain the complete text of the original titles by Williamson as well as new and updated material from Beckley’s stable of writers, myself included.

Williamson was born in Chicago in 1926, the son of George Williamson and Bernice Hunt. As a youth, George Hunt Williamson had a variety of psychic experiences, which climaxed with a vivid out-of-body experience in his late teens that led to a lifelong interest in the occult. One online posting entitled “Tracks In The Desert” said it would be a huge error to categorize Williamson solely as a UFO researcher because he was “above all an occultist whose activities helped to usher in a new magical era, the era of the flying saucer. No attempt can be made to understand him or his work unless this fact is first taken into account.”

Williamson did at least attempt to earn a degree in anthropology from the University of Arizona, but it has been claimed he was thrown out because of a poor scholastic performance in early 1951. While there, he had read the 1950 book “Star Guests” by William Dudley Pelley. He relocated to Noblesville, Indiana, where he took up an editorial position with “Valor,” the monthly journal of Pelley’s “Soulcraft” organization.

At the time Williamson made his acquaintance, Pelley was enjoying a new lease on life, having recently been released from prison after serving an eight-year sentence for his wartime opposition to President Franklin D. Roosevelt. He was a former fascist who had led an organization called the Silver Shirts. He also had a deep interest in the occult and compiled 32 volumes of automatic writing on contact with higher intelligences, a quite fascinating bit of information when you consider that the German National Socialist Party – i.e. the Nazis – also harbored an immense interest in the supernatural, and had even successfully attempted to establish contact with a group of extraterrestrials through automatic writing. Pelley was a profound influence on Williamson, and is believed to also have had a relationship with contactee George Adamski, who would prove to be another important figure in Williamson’s story. Meanwhile, charges of being a neo-fascist would dog Williamson for the rest of his life.

Whether or not he was officially affiliated with an accredited university research program, Williamson wrote in his book “The Saucers Speak: Calling Occupants of Interplanetary Craft,” that in 1951, when he was in his mid-20s, he was doing anthropological field work in northern Minnesota among the Chippewa Indians and had already gathered many legends of the tribe. The stories included tales of “Earth Rumblers” and “Flying Wheels” and “Flying Boats” and the sacred “Little People,” who appeared in ancient times to the Chippewa and taught the natives better ways of living, then faded away after the arrival of the white man. But at the time, Williamson related none of that to the flying saucer phenomenon that was puzzling the entire world.

That is until one rainy afternoon when he began to read a paperback edition of “The Flying Saucers Are Real” by early UFO expert Major Donald E. Keyhoe. Williamson compulsively read the whole book in one sitting, so fascinated was he by the stories told by the retired naval officer who had once been a ghostwriter for aviation ace Charles Lindberg. Keyhoe wrote about a UFO event that had taken place in Tucson, Arizona, witnessed by thousands. Williamson recalled being on the scene of that sighting himself, and soon a new understanding of reality began to form in his mind. He suddenly understood that human life existed throughout the universe, and that the Creator had not restricted the pinnacle of his creation to only Planet Earth. He also began to gather Chippewa Indian stories and myths with this new, more serious outlook, looking now for stories that felt connected to his newfound interest in the saucers. He found many such stories among the Chippewa, and would soon discover that almost all Native American peoples and so-called primitive people throughout the world shared nearly identical legends of being visited and helped by beings from the stars.

Williamson rejoined his wife in Prescott, Arizona, who had been conducting her own anthropological research in Tucson. She concurred that the stories she had gathered fit into the flying saucer mold, and the couple began to read about UFOs voraciously, consuming all the current literature on the subject.

Late that summer, Mr. and Mrs. Alfred C. Bailey of Winslow paid a social call on the Williamsons. Williamson had enjoyed a correspondence with the Baileys on subjects like anthropology, ancient history and philosophy. They also shared an interest in flying saucers, and conjectured together as to whether the saucer occupants could master earthly languages. Just for the sake of entertaining themselves, they did an experiment with automatic writing, letting a spirit guide their hands across the paper to see what words were produced. They didn’t relate the occult parlor game to the aliens right away, but it would come to be a deep and fascinating fixation for all of them.

When it occurred to the two couples that the aliens were in fact trying to communicate through automatic writing, the earthlings assembled a homemade Ouija board and began to receive longer, more complicated messages.

“Good and evil forces are working now,” said one alien through the board. “Organization is important for the salvation of your world. Contact us as soon as you can. There is a mass of planets in the organization. Why are your peoples unbelievers? You have begun the research. The time is up to you! Look up into the skies above you. We are friends of those interested, but we are not interested in those of carnal mind. By that we mean the stupid preservation of self; disregarding the will of the Creative Spirit and His Sons.”

After sending several similar sounding messages on the Ouija board, the aliens suggested that they try to switch the method of contact to radio.  Williamson and Bailey then sought to find a radio expert to work with, finally acquiring the help of (skeptical but willing to try) ham radio operator “Mr. R,” who asked that his real name not be used since the work involved attempted contact with flying saucers and he feared all the ridicule that comes with it.

Almost immediately, the small group began to receive coded signals, something similar to Morse code, but nearly impossible at times to unscramble and translate. As time passed, Mr. R was able to work out bits of what was being “said” by the aliens, but the messages were still short and hard to understand. One intelligible message received through the radio set said “Look for a dark spot in the sky,” repeated three times. The listening crew stepped outside and did indeed see a strange dark object toward the south in the Milky Way. The object stayed visible in that position for about an hour and then moved on. There were numerous other instances when the warnings sent by the aliens were possible to verify in real world terms, and a bond of trust and friendship began to grow up between the aliens and the humans.

At one point during the proceedings, the aliens promised to land and hold a face-to-face meeting with Williamson and company. A landing site and an exact time were agreed upon and the Williamsons and Baileys even packed a picnic lunch to take with them on the trip. Unfortunately, the two-car caravan got separated and lost, and the hapless mortals were unable to get there for the appointment. Williamson wrote that they had missed the chance of a lifetime. Not deterred for long however, the Williamsons and Baileys would move on to California and their new friend, George Adamski.

George Adamski was the best-known of the “four guys named George” among the mid-1950s contactees. Besides George Hunt Williamson, the others were George King and George Van Tassel. The Williamsons and the Baileys heard about Adamski’s commune at Palomar Gardens in Southern California and the alien-based religion that Adamski was preaching, so they made the journey from Arizona to meet him. They witnessed Adamski telepathically channeling and tape-recording messages from the friendly humanoid Space Brothers who were said to inhabit every planet in the solar system. 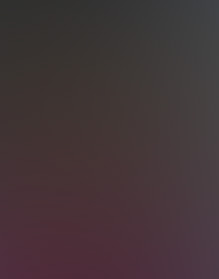 OTHER TONGUES OTHER FLESH REVISITED! 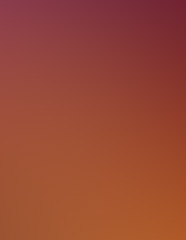 SECRET OF THE ANDES AND THE GOLDEN SUN DISC OF MU