UFODigest.com » Aliens and UFOs » W.R. Drake, The British Researcher Who Preceded Von Daniken With Alien Tales From The Ancient World 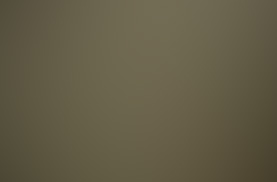 W. Raymond Drake is little known these days, but his research into the ancient astronauts theory knows few equals. Read how the late British historian broke new ground in understanding the mysterious origins and development of humankind.

* Do you think ancient astronauts are only relevant to our past’ Learn some of the connections between the gods of old and our present day UFO phenomenon.

* Prophecies from the Hopis and Incas are being fulfilled right before our eyes. How did the indigenous natives know the future’

* W. Raymond Drake’s work preceded that of Erich von Daniken and Zechariah Sitchin. Own the new reprints of two of Drake’s classic works and see how it all began!

One of the most popular shows on cable television these days is a weekly program on the History Channel. ‘Ancient Aliens’ is partially the brainchild of the man with the wild hair: the editor of the publication ‘Legendary Times,’ Giorgio Tsoukalos. He is also the U.S. representative for the writer and researcher who started it all in terms of public awareness, Erich von Daniken.

Indeed, when one hears the words ‘ancient astronauts’ or ‘ancient aliens,’ most people think immediately of von Daniken and his breakthrough bestseller ‘Chariots of the Gods” first published in the U.S. in 1968. While we do not seek to undervalue von Daniken’s work, it is still important for the student of the ancient astronauts theory to also factor in the work of W. Raymond Drake, the late British historian who was researching and publishing on the notion that the gods of old were visitors from outer space many years before von Daniken began to make his name for work along very similar lines.

So who was W.R. Drake’ For one thing, he was a disciple of Charles Fort and followed in that famed researcher’s footsteps by studying in exquisite detail the writings of ancient chroniclers of the times when man had no technology of his own to speak of and so greeted the UFOs and their occupants as gods come down from heaven. In his book about the ancient Mediterranean’s strange relationship with the sky people, Drake utilized over fifty writers of antiquity and scrutinized their works through a UFO ‘lens.’ He spent many years digging through huge archives of material, looking for anomalies that could support his theories of space aliens impacting human history. As Drake himself said, ‘I aspired to collect as many facts as possible from ancient literature to chronicle for the past what Charles Fort has so brilliantly done for the present century.’

Drake wrote a dozen books on the Space Gods phenomenon, and Global Communications has recently reprinted and re-titled two of them, adding a good deal of updated material . The new books are ‘Alien Space Gods of Ancient Greece and Rome ‘ Revelations of the Oracle of Delphi’ and ‘Ancient Secrets of Mysterious America – Revealing Our True Cosmic Destiny .’ The contact between man and the visitors from space has left evidence of itself behind throughout the world and influenced every race and tribe on Earth, but these two new books being offered here deal specifically with, as the titles imply, the ancient civilizations of the Mediterranean region and the Americas.

But the new offerings from Global Communications provide more than just a reprinting of Drake’s classic works. Publisher Timothy Green Beckley has also gathered a roster of writers to input new and updated material on the stories of the ancients as well as research that has taken place in the years since Drake’s death in 1989.

In ‘Alien Space Gods Of Ancient Greece And Rome – Revelations Of The Oracle Of Delphi ,’ Beckley tells the story of his personal journey to see the Oracle’s ancient domicile in modern day Greece. With his good friend Penny Melis, a gifted psychic, Beckley, winded but determined, climbs the treacherous path to be right there on the scene of where the Oracle inhaled her magical vapors and babbled stories of the future for her priestly attendants to translate. The question becomes, was the Oracle an instrument of the aliens in her time’ Was she something we might call a ‘trance channeler’ today’ Is there a genuine relationship between ancient methods of prophecy and the prophets of the New Age movement’ A single source of information that bridges all time and space’

In any case, that’s the wide-ranging idea. We must look not only to the past to see the contact between the aliens and earlier, more primitive cultures. We must also see how that same alien contact extends into our own present times and will affect our future as well.

Which brings us to my contribution to ‘Alien Space Gods of Ancient Greece and Rome.’ I began my chapter by talking about W.R. Drake and his contention that the gods of antiquity were not just illusionary but were instead real flesh and blood beings who emerged from the skies and made themselves right at home, as if they owned the place, which perhaps they did. The chapter also deals with UFO cases in the Greece and Rome of the present era, the point being to illustrate the parallel relationship between the gods of antiquity and the UFO phenomena of today.

This is the primary idea that is so urgent to bring forth, that we are not simply adrift in a sea of chaos and uncertainty but are instead standing on the cusp of a great deliverance. The ancient gods have not deserted us, but are as present and ubiquitous as ever, simply waiting their time to reveal themselves and offer us salvation.

But that salvation will not come without a price. As the ‘Ancient Secrets Of Mysterious America’ book so clearly states, the indigenous peoples of the Americas knew full well that the times they are a’changing. I wrote a chapter for the book on the Americas in which I discuss the Incan word ‘pachacuti’ in an interview with author Judith Bluestone Polich.

‘They called the time preceding a world age shift ‘pachacuti,” she told me. ‘Now, ‘pacha’ means all of the physical manifestations, and ‘cuti’ means to turn upside down. So a really tumultuous time, a time of overturning of time/space reality, always preceded a world shift. Sometimes that would take the form of catastrophic physical events in which the threads to the past were broken and so a new understanding of reality emerged. Other times it might be more of a psychic event, something that happened at a deeper, structural level, that caused reality to shift. So certainly we’re in a time of pachacuti right now, a time of very rapid change, a change of our understanding of reality.’ …