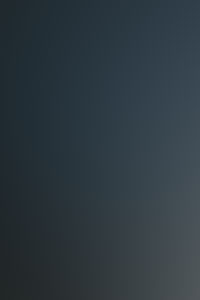 If you missed Part I of this article click here: https://www.ufodigest.com/article/black-eyed-children-1122

How long have BEK reports been around? Weatherly said he wanted to determine whether the stories were urban legends or the result of media influence. He found that the solid black eyes are common on TV now, to include “The X-Files,” which featured the “black oil alien” that entered into people and turned their eyes black. There’s even a BEK pictured in a scene in the 1977 film classic “Close Encounters of the Third Kind.” The image is found in a painting behind actress Teri Garr, who played the wife of the character who was the main witness in the film. A clear view of the painting and information about the artist can be seen at: http://twocrowsparanormal.blogspot.com/2013_11_01_archive.html

While there are a great many contemporary accounts of BEK from the U.S., Australia, South Africa and the U.K., Weatherly still wanted to learn whether the BEK are just a modern description of something that has been with us for much longer. He needed to look at things that fit the pattern but might have been described differently.

“I had to look through the cultural lens,” he said, “of the people in the time period to discover more accounts.”

One of those earlier accounts Weatherly unearthed took place in 1950, in rural Virginia. In a story passed down through the years by his family, a 16-year-old identified only as “Harold” was walking home one day and saw a kid leaning against the fence. Harold spoke to him but received no reply at first. Then the kid said, “I want to go to your house. You’re going to walk me up to your house.” The hair on the back of Harold’s neck stood up; he saw the solid black eyes and his first thought was of how quickly he could get home. In what appeared to be mind-reading, the kid then said, “Now, don’t you run away from me. You’re going to walk me up to your house.”

As Harold ran up the driveway, he heard something that sounded like the scream of a bobcat. His parents believed his story, and his father took his shotgun and went out to search for the kid. His mother said, “Oh, Lord, Harold, you’ve met the devil. We’re taking you to the preacher.”

Weatherly went on to list some theories to explain the BEK: alien hybrids, the Men-In-Black, demonic entities, ghosts, vampires or the undead, and Djinn.

“This phenomenon really crosses over a lot of lines,” he explained. “It has things in common with a wide range of different paranormal manifestations.”

It’s easy to understand how some of the theories could be offered. The typical gray aliens have pale skin and solid black eyes, and the resemblance is obvious. The “Selenites” in H.G. Wells’ “The First Men in the Moon” (1901) also sound like grays. “This [image of the grays] is something that is somewhere in our collective consciousness at a deep level, has always been there and it just manifests in different ways.”

Weatherly acknowledged that alien hybrids could explain the BEK, but he nevertheless doesn’t think that is the answer. There is a small subset of people who are alien abductees and who have also encountered BEK. One should recall that abductees are often presented with a part human, part alien child they are told is “theirs,” presumably so the aliens can study human nurturing responses to the hybrid children.

“That subset is the only group of people,” Weatherly said, “that don’t have terrifying experiences encountering these kids. They think that it’s their child coming back to make contact with them.”

The popularity of vampires in recent years makes some people make a connection between the undead and the BEK. Today’s vampires are sexy, alluring creatures, but in the folklore and stories from which the legends originated, vampires had risen from the dead, were foul-smelling and basically disgusting to behold. In spite of how the media often portrays vampires with solid black eyes nowadays, they likely have little in common with the BEK.

There is one factor, however, that may tie the BEK phenomenon to other, better known paranormal manifestations. The vampires, the undead and demons seem to require an invitation before they can enter the space of a human target. This is one of the dangers posed by an Ouija board, in the sense that the user is issuing an invitation for spirits to enter, is in fact welcoming a negative entity into his body or mind and thus opening himself to a world of spiritual danger. Similarly, Weatherly said he has never heard of a case of the BEK forcing their way into a house or car. Every time, they try to get an invitation, and will ask for it again and again.

Weatherly told another BEK story to illustrate his point. This also took place in Texas, in the Dallas metro area. A man was coming home with groceries and found a kid standing next to the steps of his house. The kid asked, “Is it food time? I think it’s food time, and you should invite me in.” The witness next heard his 3-year-old pit bull start to bark. The dog charged to the front door, but suddenly put on the brakes and stumbled out onto the steps. The dog then jumped up, ran back into the house whining with its head down and its tail between its legs. The man went into the house, slammed the door and looked out the window. The kid was gone, but the dog was still terrified, even though it had killed rattlesnakes and driven off intruders in the past.

“This dog is a changed creature,” Weatherly said. “It cowered under the bed in [the witness’] bedroom for days. He could only get it to go to the bathroom by dragging it out and taking it out the back door. He had to feed it under the bed. It finally recovered to where it will walk around the house, but it’s a cowering, terrified animal. Something, something that these creatures are emitting, completely terrified this animal.”

People suffer similar after-effects, including nightmares, repeated dreams of BEK, paranoia, the inability to return to the location of the encounter, disrupted sleep patterns, and various nervous conditions. They are, to put it simply, trauma victims. Something is happening, albeit sometimes at a very subtle level, that creates an intense level of fear in these people. But before the “flight response” kicks in, people often experience a brain fog that begins with the natural dutiful reaction that they should try to help the kid, which is quickly followed by a feeling that they are being eyed by a predator. There’s confusion as the body senses the danger and fights off the desire to help, and not much is known about what could happen if the witness managed to overcome the impulse to flee.

In another case of a BEK encounter, a woman was driving home from work with her 10-year-old son, who was in the backseat of her SUV. She stopped at a convenience store and went in to pick up a couple of items. When she returned to her vehicle, there was a kid with black eyes sitting with her son, and they were touching. She grabbed her son and ran back into the store. The clerk went out to investigate, and there was no one there. He was ready to call the police but the mother told him not to. She called her husband, and he came. She didn’t tell him what had happened. They changed vehicles, and she drove safely home, but the husband had an accident that totaled the car. He reported a foul odor in the car but remembered nothing else.

The son told his mother that he didn’t know the BEK, but, “I asked him to get in, Mommy. I thought we could go play.” The son became very ill, and his parents took him to a doctor. Every time the doctors thought they knew what was wrong with him, the symptoms changed. Their inability to diagnose the boy made it impossible to know how to treat him. The parents finally took the child home and held a vigil over him, although they were not a religious family. The boy eventually recovered.

His parents remain convinced that whatever they encountered that day was something of “pure evil,” and that it was only through some kind of divine intervention that they didn’t lose their son. This, too, is part of a recurring pattern. Most witnesses are not especially religious or spiritual when the encounter occurs, but often later come to feel that spiritual faith or belief offers some protection.

In making some closing remarks in which he compared the BEK to the wicked spirits of Islamic mythology, called the Djinn, Weatherly recounted cases he has investigated of Western soldiers returning from the Middle East having purchased rings, necklaces and bracelets said to carry within them captured Djinn imprisoned there by sorcerers in the region. The sorcerers told the buyers how to release the Djinn, but not how to control them or bind them to the objects. These soldiers have since reported phenomena like poltergeists and unusual fires, and Weatherly believes the imported evil entities are having a field day, feeding off the resulting negative energy and thoroughly enjoying their own trickster antics.

“These beings,” he said, “have their own agenda, and it’s not a good one.”

[Weatherly has written two books, “The Black-Eyed Children” and “Strange Intruders.” He said at the conclusion of his CERO International lecture that his next book will be on Tulpas and Thought Forms, or the creation of living beings out of pure thought. He has websites at:

If you would like more information or wish to purchase this book through AMAZON.COM simply click on its title: The Black Eyed Children

To read more by Sean Casteel, visit his website at www.seancasteel.com]