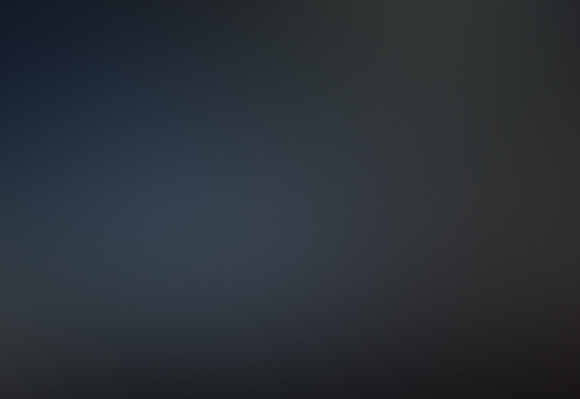 There are three principal means of creating a field which reduces the attractive force of gravity, or which eliminates it altogether. The most primitive antigravity technology is electrogravitic. This involves using voltages in the millions of volts to disrupt the hold of Earth’s gravitational field. One such electrogravitic technology results in an 89% reduction in gravity’s hold on airframes in such vehicles as the B-2 Stealth Bomber.

Dr. Boylan has been told that the secret Nautilus spacefaring craft uses magnetic pulsing and a form of ultra strong electromagnetic-field technology. Given the intensely-bright ambient ionization field which he observed around the X-22A antigravity flying disc adjacent to the Tonopah Test Range, Nevada, it is reasonable to assume that an extreme-voltage electromagnetic field was generated from within this craft.

The third level of sophistication, that used in the most modern U.S. antigravity craft, is nucleo-gravitic. This involves the direct harnessing of the inside-the-atom-nucleus Strong Force to create a second gravitational field which can neutralize Earth’s natural gravitational field pull.

Once in space beyond Earth’s gravity field, the pilot can then switch the secondary-gravity kinemassic field to target the destination in space (e.g., the Moon) and activate the attraction-force option. Since the craft is now weightless and there is no air resistance, it zips rapidly towards its target. Important information about this third Strong Force Field technology* is available in Bob Lazar’s courageous expose video, ‘Bob Lazar: Area 51 and Flying Saucers”. www.netflix.com/title/81083891

Lest anyone think this Generating a Secondary Artificial Gravitational Force Field is a flight of imagination, the U.S. Patent Office has issued a patent for this technology: (U.S. Patent 3,626,605), Method and Apparatus for Generating a Secondary Gravitational Force Field”, issued to GE scientist Henry William Wallace in 1971 ! The Patent is worth reading because It explains the process of generating an artificial gravity field, how to effect gravity shielding, and how to neutralize the hold of Earth’s gravity to create weightlessness. The Patent does not say so, but Dr. Boylan has indication that this technology was discovered by GE scientists who back-engineered the power plant of the UFO which was shot down, crashed, and retrieved north of Roswell, New Mexico in 1947.

Army Colonel Phillip Corso was given the assignment of quietly distributing various parts of crashed UFOs to select technology companies like General Electric who promised not to reveal the extraterrestrial origin of the technology. Let us pause for a moment and reflect on the Antigravity Technology Time-Line.

1947 A UFO crashes near Roswell, New Mexico and is retrieved by the Army.

1961 Army Colonel Phillip Corso was given the assignment of distributing various parts from the Roswell flying disc to top U.S. technology industries and military research labs to advance American technological sophistication and understanding.

1992 Bob Lazar and other UFO enthusiasts including Dr. Boylan stand next to NV Highway 375 and watch successful test flights of U.S. antigravity craft above the mountain ridges of Groom Lake, Area 51, Nevada. (These were the Northrop Antigravity Discs, manufactured by Northrop Aerospace Corporation’s black projects division.)

2019 Twelve antigravity or reduced-gravity U.S. aircraft and spacecraft are now known to exist, as listed below. It took the U.S. 45 years to figure out (with extraterrestrial consultants’ help) how a UFO flies but the U.S. finally got it up! All of these technologies are primitive in comparison with the Star Visitors’ own crafts which utilize not only Stong Force field propulsion but also transit through hyperspace harnessing the power of the ambient Zero Point Energy Field which is everywhere.

Let us now examine these 12 advanced Human-built crafts with antigravity technology in more detail. The amount of information available for each varies; in some cases more is known, in other cases very little.

On a Sept. 16, 2005 field trip to the boundary of Area 51, during a middle-of-the-night observation, Dr. Boylan saw first one, then another, and finally 6 brightly-lit objects suddenly appear at approximately 1000′ (305 meters) in height above the desert floor. The intensely-glowing, ruddy, golden-orangish ionization field surrounding these craft appeared identical to the field around the Northrop antigravity disc. But in the 13 years since he had last observed the Northrop discs above Area 51, and at their Tehachapi Mountains manufacturing site, considerable progress has been made.

As of 1992, a Northrop antigravity disc could slowly rose vertically from its flight pad and gradually reached flight altitude. But in 2005, the Northrop Quantum Teleportation Discs are able to instantly wink out (depart) from their flight pad and suddenly appear at flight altitude without any visible ascent. And it is not a matter of their ionization field having been turned off during ascent for stealth purposes. The ionization field accompanies the electrogravitic field propulsion. If the ionization were turned off, the craft would have fallen from the sky. Rather what apparently is going on is that the Northrop engineers have incorporated quantum-physics principles into the propulsion. Simply stated, Northrop appears to have harnessed Quantum Entanglement and Quantum Nonlocality to achieve Quantum Teleportation. To the observer, the craft appears to simply ‘cease to exist’ on the flight pad and instantly ‘begin to exist’ at say 3000 feet altitude several miles away. If the interpretation of this observation is correct, then there exists an 12th entry in the U.S. antigravity arsenal: the Northrop Quantum Teleportation Disc.

If the black-budget scientists keep advancing along these lines, we could foresee the day when a fleet of Air Force advanced craft suddenly wink out of view on an air base runway and instantly appear at 35,000 feet altitude over a target city halfway around the globe, using quantum principles of Non-Locality and Entanglement. Surprise!!

All posts by Dr. Richard Boylan