UFODigest.com » Paranormal » Ghosts » A GHOST IN THE LAND OF MYTH AND MAGIC 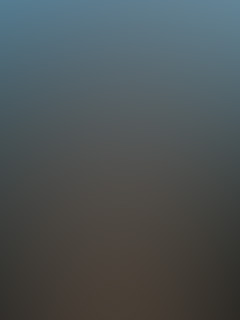 Special Note from Paul Dale Roberts: Before you read on, I had my own supernatural adventure in Guatemala. To read that story, you can stop by here:
http://forums.jazmaonline.com/topic.asp?TOPIC_ID=5642

Back in 2012, my life was forever changed after I witnessed a full-bodied apparition in Guatemala. My name is Debra, and I am a New York City born Italian-American. My romantic love affair with a Don Juan, combined with a month in Central America would have been thrilling enough without paranormal experiences! I met “Juan” from Guatemala in 2011 who owned a trucking company in New York. We were inseparable from our first date, which is when his story unfolded.

I learned that during the civil war in Guatemala during the 1980’s, he was kidnapped out of school at age 15 by the army. Hundreds of thousands of civilians were “disappeared” and killed, buried in mass graves. His father was a formidable guerrilla, I am sure both committed war crimes. He spoke of loading dead bodies into army trucks, he also spoke of being forced to kill.

His stories broke my heart. We were engaged when I learned he had brain surgery at age 30. He mentioned he sees ghosts and also can speak to the dead since his surgery. I believed in mediums slightly, ghosts, why not?

Juan insisted I go to Guatemala to meet his family and bought me a passport. I learned through the Internet just how dangerous this was. Then again, he was tough, and would protect me. I took a leave from work.

We arrived in Guatemala City on 1/21/12 with his mother, nephews,and two brothers piled in a pick-up truck. It was a five hour drive to a poor, rural village outside Pajapita, San Marcos. I would be transported 100 years back in time to a family compound with no running water or technology.

I was introduced to everyone in the village, most neighbors lived in dirt floor huts, trying to survive. His six siblings, nephews and mother lived in the largest house. We would be there for a month, a long month. We shopped in Pajapita daily, bought chickens, went to the town carnival (feria), complete with a town parade and rodeo. We were also shook down by the police and army on the exact same day we were robbed at gunpoint on an empty road. They took my iPhone and money. I was able to visit Xetulul amusement park for my birthday as well as walk the jungles beside a volcano to view a waterfall. Everyone thought this gringa couldn’t handle the laundry and shower situation, but we had laughs!

It was not funny when Juan would see the ghosts of his father and sister. I would be under a canopy of banana trees in his arms, or taking romantic walks, and he would spot a ghost. I thought he was losing his mind. He also never let me out of his sight. Go figure that on February third, when I finally got some alone time in the bedroom, Juan came back in and said “would you like to see the ghost?”.

I said fine and we proceeded to walk outside where they kept a New York yellow school bus and a dump truck. By the way, the bus and truck were a gift from Juan to his brothers, to make money. Local gangs had been shooting up the property that week, wanting extortion money, and making me hide under the bed at night.

I walked behind Juan till I was 15 feet from the back of the school bus, at 10:30pm. It was pretty dark outside. I started to shake uncontrollably, I saw a white figure of a man, an apparition, moving from the back right window, to the left window, then the middle. I hid behind Juan, I could not believe my eyes. After about 40 seconds, Juan said “the ghost is a white man, and he is mad that you are here”. I was still shaking. The white, full-bodied apparition looked a little similar the the librarian ghost in Ghostbusters, yet moved in a sketchy way like the black demon ghosts at the end of the movie “Ghost”. The apparition then turned around, and ran down the aisle with rubber flooring to the front of the bus. It sounded like a 250lb man running, it had weight! The ghost then opened up the school bus doors fully, since they were slightly ajar- and ran behind the dump truck. It then pounded its force on the metal of the dump truck- BAAAM! It sounded like a baseball bat hitting metal! By this time a minute and 20 seconds passed. His brother and sister-in-law were 15 feet away. We were hugging, shaking, and holding hands. Juan went to “talk to the ghost”. His brother told stories of this ghost peeking his head into there room, calling there name from time to time, and scaring the kids.

Juan came back around and said the ghost is a white male named Clark. The school bus used to be his, and he has a wife and kids in Whitestone NY. It sounded crazy, but after witnessing a spirit do that much, and it seemed angry also, I had to believe him. Clark was mad that Juan brought me there to that dangerous spot. The ghost wanted me to go back home. I hardly slept that night.

The next night, in bed under mosquito netting, Juan woke me up and said “the ghost is in the corner of the bedroom”. I saw a faint light, but was exhausted. Juan told him not to come in our bedroom. The next morning, I made time to enter the school bus and apologized to the ghost for his circumstances but the bus was empty.

After that experience, we never witnessed that ghost again and went back to romantic walks through the jungle. Juan started to act unusual, and started to look at other women. Saying goodbye was bittersweet, but I was longing for alone time and 7-Eleven coffee. We flew Taca airlines to El Salvador, then to JFK airport. He dutifully got me home safe, and I never saw him again. The next day he took his son to JFK airport and returned to Guatemala. I am still eternally grateful to have that amazing ghost experience and movie caliber romance that took place in New York City and Guatemala. I soon after found a wonderful Asian man that I will marry and of course, Juan has tried to call me hundreds of times. I spoke to him once, just to reminisce about Clark, our ghost in Guatemala.
-Debra Skye

I know how lucky I was to experience one minute and twenty seconds of spirit.


Most recent posts by Debra Skye

All posts by Debra Skye