UFODigest.com » Aliens and UFOs » Alien Abduction » A SALUTE TO BUDD HOPKINS AND A UFO UPDATE 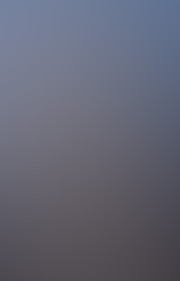 After posting an entry recently on UFO sightings in the 1970’s, I received this comment:
“Back around the spring of ‘74, when I was a sophomore in high school, my dad and I were driving home from looking at a motorcycle one of his co-workers had for sale. Just after dusk along Route 1A in the Plainville area, I yelled out for my dad to pull over. To our right, about 200 yards over the sand and gravel pit, there was a large object with glowing orange lights hovering, a similar but much smaller craft lowered from the middle of the object and they both took off at a speed that was hard to believe … however, they made very little noise in doing so. I’ve spent a lifetime as a photojournalist … I’ve seen a lot in my years. I’m convinced if I had a camera with me that night, I may have some of the most compelling evidence ever of a UFO. The next morning I called the local police and they had no reports … to this day, I know what I saw.”
The interest in Cape UFO stories wouldn’t be complete without mentioning Wellfleet artist and UFO researcher, Budd Hopkins. In 1964, he was driving to a cocktail party in Truro, when he and his two passengers noticed a “dark, elliptical lens-shaped object hovering in the sky.” They watched it for several minutes and then saw it “take off like an airplane over Pilgrim Lake.”
In 1981, he published a book entitled “Missing Time: A Documented Study of UFO Abductions

.” During his lifetime, Hopkins contended that many people have been abducted and have undergone examinations on board spaceships. To research his theory, Hopkins interviewed hundreds of people who believed they may have been abducted by aliens. In a 1985 article, he called himself a UFO detective and hoped to pursue mankind’s “biggest story.” He maintained that “I am now very subconsciously, deliberately, dealing with the idea that there is mystery around us. I like to point out the existence of certain unknown territories and (suggest) the world is not as comfortably closed as (one might) think.”
Budd Hopkins died on Sunday, Aug. 21, 2011. He was remembered as a prolific artist as well as UFO researcher. He was instrumental in espousing hypnosis techniques to help patients elicit suppressed abduction memories. His memoir, “Art, Life and UFOs” was published in 2009.

If you would like more information about Budd Hopkins’ book or to purchase it through AMAZON.COM simply click on its title: Missing Time: A Documented Study of UFO Abductions

Most recent posts by Robin Smith-Johnson

All posts by Robin Smith-Johnson