The failure to detect alien microorganisms or alienoses (diseases transmitted from alien creatures to people) on Earth is a very strong argument against extraterrestrial visitations by alien creatures of biological origin.

Every year hundreds of thousands of UFO sightings, abductions of people by alien crews, medical examinations of humans in nonterrestrial spaceships, sexual relations with aliens, accidents, autopsies on alien corpses, and other contacts with extraterrestrial creatures are reported. Our bodies and our environment are teeming with microorganisms. It is normal to expect that the bodies of all living alien beings are also teeming with microbes (a diverse group of minute, simple life forms that include bacteria and viruses), which are harmless for their hosts, but sometimes deadly for us. The alienoses (exonoses) are diseases communicable from extraterrestrial organisms to humans under natural conditions, from alien sentient beings, animals, plants, quasi-living beings, or currently unknown life forms. They will be a subject of (near) future medicine shortly after the first contact with alien creatures.

Humans are symbiotic animals. Over 400 distinct species of microorganisms inhabit the various regions of the human digestive tract, making up nearly 2 kg. (approx. four pounds) of every individual’s total body weight. This vast population of microorganisms far exceeds the number of tissue cells that make up the human body. We have about 1013 cells in our bodies and 1014 microbes.

Normal flora fills almost all of the available ecological niches in the human body and produces defensins, bacteriocidins, cationic proteins, and lactoferrin, which work to destroy other bacteria that compete for their niche in the body. If this ecosystem is functioning properly, it guards the body against harmful bacteria, yeast, and viruses. It also stimulates the function of the entire digestive system and produces essential vitamins, such as vitamin K and some of the B vitamins, and regulates their levels, maintaining the body’s vital chemical and hormonal balance. Human microbial partners should be in good physical shape just as humans themselves should be.

Researchers have detected retroviruses in the genome of every mammal they have examined. The retroviruses spend most of their time asleep; they are present only as extra segments inserted here and there in the DNA. Humans harbor more than a thousand retroviruses, many of which have hitchhiked with us for well over 30 million years. In the placenta and the fetal tissues, a select handful of retroviruses awaken and command the cells to produce proteins and assemble them into retroviruses. The placenta and the unborn baby of a healthy pregnant woman are teeming with viruses as well. This is a normal part of every pregnancy. These endogenous retroviruses are actually encoded in the DNA of every mammal.

The human body can’t be fully sterilized because such a specimen would die shortly thereafter—some of these microorganisms take part in vital biological processes, while others keep our immune system fit.

Aliens of biological origin and human astronauts would suffer microbic shock upon return to their home planets after adjusting to fewer microorganisms in the spacecraft, and they would respond negatively to renewed contact with potentially pathogenic microbes of their local environment that were absent during the space flight. Space travelers have to maintain their immunocompetence by carrying microorganisms native to their home environment in the cabins of the spacecraft.

The inclusion of plants, animals, and bioreactors in spacecraft facilities (human or alien) in order to provide life support requirements would significantly increase the numbers of microorganisms. There are many millions of bacteria per gram (dry weight) of plant roots. Fungi are important for baking breads and fermenting wines, beers, and vinegars. Many medicines are produced with the help of bacteria and fungi, most notably the antibiotics, like penicillin, streptomycin, tetracycline, etc.

There are many reports from all around the world describing men and women being taken aboard flying saucers and having sexual intercourse with various alien races, and even the birth of space babies. Microbes are transmitted by the direct transfer of bodily fluids, such as blood and blood products, semen, and other genital secretions from one person to another; they can enter the body through the lining of the vagina, penis, rectum, or mouth. The microbes can also be transmitted across the placenta.

Every day millions of samples of blood, human tissue, saliva, urine, feces, etc., are collected and sent to labs to be analyzed. Not a single researcher, physician, or medical technician has ever reported an alien microorganism or alienosis.

There are persistent rumors that dead bodies of E.T. astronauts were found among the debris of the alleged UFO that crashed near Roswell. In 1947, Colonel Philip J. Corso claims to have seen the corpse of a dead alien in a wooden crate; it was supposedly one of the creatures that had been killed in the crash. Grady “Barney” Barnett, a government engineer, told friends and his son that he was one of the first to reach the crash site. He saw a disc-shaped object and the dead bodies of aliens. Dr. Weisberg, a university physics professor, said he examined the disc. According to him, the interior was badly damaged and there were six occupants; an autopsy on one of them revealed that they resembled humans.

Rescue, military, and medical personnel reported dead alien corpses at Roswell and other crash sites. Many extraterrestrial cadavers have undergone autopsy examination. Witnesses claim that in an underground base they saw a room full of canisters where bodies of dead aliens were stored. Graves of extraterrestrial beings are also reported. According to researcher Leonard Stringfield, the United States has recovered a total of more than thirty bodies from crashed alien spacecraft. The UFOlogist Timothy G. Beckley supposes that about 110 extraterrestrial spaceships have crashed around the globe.

Since 1995, hundreds of TV stations all around the world have broadcast an alien autopsy film. Ray Santilli, a London-based film producer, claims to have bought it from a cameraman who took the footage in 1947 at the crash site near Roswell.

There are dozens of autopsy reports on alien cadavers recovered from various crash sites.

Glenn Dennis was the Roswell mortician in 1947. According to him, he saw debris from the crashed flying saucer and was told by a friend about corpses of smallish extraterrestrials. On the evening that the alien bodies were recovered, he “blundered” into the Roswell Army Hospital. A nasty officer confronted him, and Dennis was warned that if he ever told anyone about the crash or the alien bodies, “they will be picking your bones from the sand.”

There are interviews with several medical doctors who did autopsies on E.T. bodies.

Jamie Shandera, a documentary moviemaker and UFOlogist, claims that he anonymously received a packet that contained two rolls of undeveloped 35-mm film. He developed the film, which appeared to be part of a briefing report to the newly elected President Dwight D. Eisenhower, describing details of the Roswell flying saucer crash. According to these film reports, four alien corpses were among the debris of the downed extraterrestrial spacecraft; they had been mutilated by desert scavengers and were heavily decomposed after exposure to the elements.

Such decomposing alien corpses at the crash sites, their blood, urine, feces, saliva, etc., are for surely a source of extraterrestrial contamination. Healthy nonterrestrial astronauts are also dangerous. They could cause deadly alienoses. The autopsies and the preservation of alien bodies after World War II were not safe enough by modern standards, and contamination with E.T. microorganisms was inevitable. In any manned alien spaceship there would be food, canisters with samples of tissues and microbes, medicine, drinks, breathing air, plants, hardware, all kind of supplies, and so on, which are all sources of microbial contamination.

The governments on Earth could hide alien corpses, but they are not in the position to hide microorganisms left by extraterrestrial visitors. It’s just impossible. No government (official, shadowy, secret, mythical, mystical, or whatever), organization, or individual on our planet has the technology to do that.

Where are all of the microbes left by the supposed aliens? It is highly improbable that the extraterrestrial microfauna are identical to those on Earth. Only one surviving bacterium or virus could multiply into billions in no time. There are many billions of microbes in just one body (dead or alive).

What could be worse for space travelers than a catastrophic breach in their high-tech protective spacesuits, which provide a life-saving flow of breathing air and protection against alien germs? According to numerous alien encounter reports, humans were in close contact with extraterrestrial astronauts, which are depicted as breathing terrestrial air, drinking water, eating human food, and so on, and most don’t even wear adequate protective suits and helmets but only fancy skin-tight suits, silver suits, yellow ski suits, glowing aluminum suits, diving suits, jump suits, even Nazi military uniforms. Some aliens were dressed like humans or in some sort of mockery of space suits, but many were actually naked during the contact.

Millions of humans are reported to have entered alien spaceship, and none wore protective suits. Germ contamination is equally dangerous for humans and extraterrestrials.

Researchers still have not detected extraterrestrial microorganisms on Earth, and one can conclude that there aren’t any manned visitations (now or in the past) by extraterrestrial civilizations, or if there are any, they are very limited in number and activities and are under strict control. 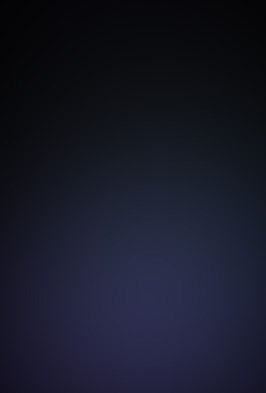 All posts by Alexander Popoff, author