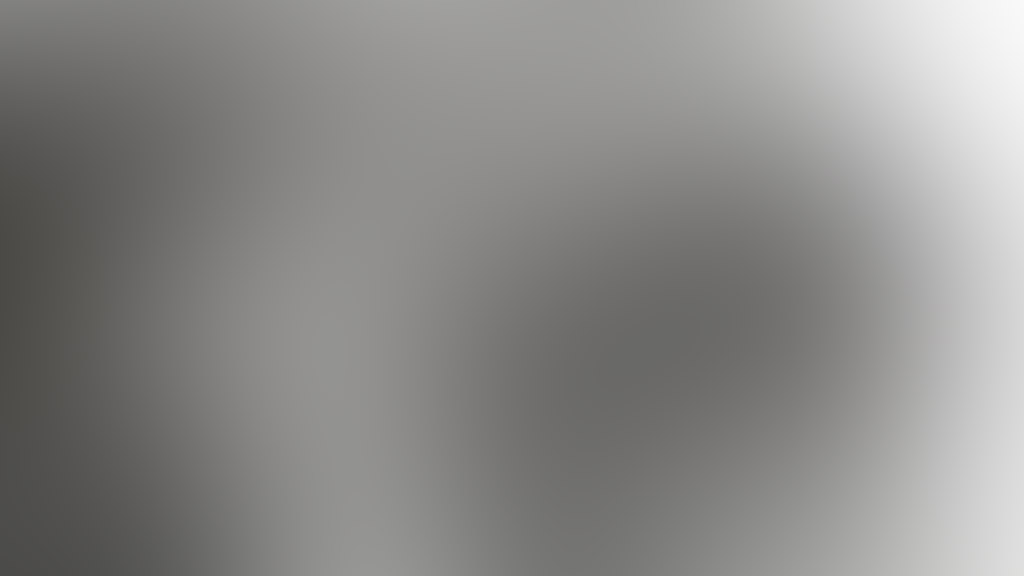 In the aftermath of the assassination of Dr. King, Jesse Jackson continued as a post-King, US “black leader”, including running as a 1984-88 “Manchurian US Presidential candidate”& from 1991-1997 for US Senator, based on his status as covert police asset at the Dr. King assassination.

This report by Alfred Lambremont Webre first appeared in NewsInsideOut.com

VANCOUVER, BC – Author and researcher Ole Dammegard, recipient of the 2016 Prague Peace Prize, has documented probable-cause evidence showing that Jesse Jackson (AKA Jesse Louis Burns) acted as a key police operative in the covert operation which resulted in the assassination of Dr. Martin Luther King, Jr. in Memphis, TN on April 4, 1968.

Jesse Jackson appears to have been one of an integrated covert assassination team that also included US Army sharpshooters, CIA, FBI, and Memphis police that assassinated Dr. King on the balcony of the Lorraine Motel.

Jesse Jackson’s priniciple role in the MLK Assassination:  Orders from FBI to the Dixie Mafia chief resulted in Jesse Jackson going to the Lorraine Motel manager to change Dr. King to Room 306 on Lorraine balcony

Ole Dammegard demonstrates that Jesse Jackson acted as a messenger between the head of the Dixie Mafia (the FBI-CIA’s contractor for the King assassination), and the Lorraine Motel management in changing Dr. King’s Ground floor room 206 to 2nd floor balcony room #306 so that US Army sharpshooters and other cabal shooters would have a clear shot to Dr. King.  The order to change Dr. King’s “safe room” for one with an exposed porch went to Jesse Jackson via a covert phone call from the Dixie Mafia chief’s wife to a third party, with instructions to change Dr. King’s ground floor room to the more exposed “Room 306.”

It has come to light that in defiance of Dr. Martin Luther King’s dress code for the Memphis protest activities as planned, Jesse Jackson publicly refused Dr. King’s order to wear a neck tie, which had been designated as a secret US Army sharpshooter “target code.” 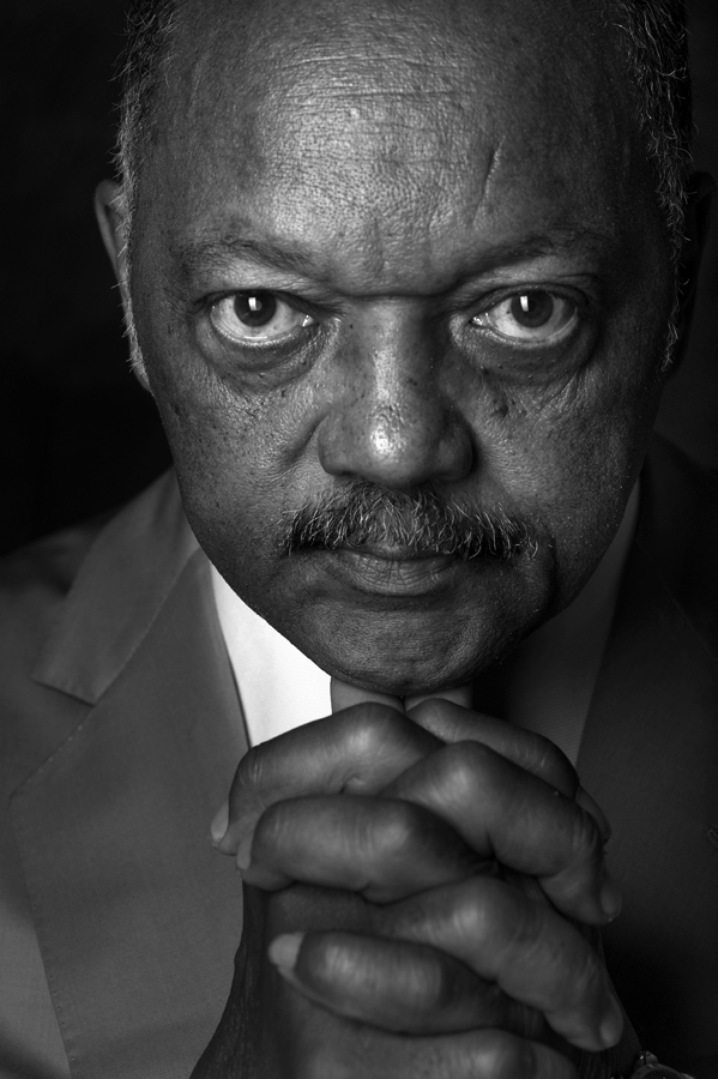 On the day of the assassination, Jesse Jackson along with his co-conspirator police-CIA operative Rev. Billy Kyles, were the only people in Dr. King’s key inner circles not to wear ties, despite Dr. King’s public reprimand and argument with Jackson minutes before he was shot that he should change into a tie, which Jackson vehemently refused.

(Editor’s note: Only now, 48 years later, has the real reason for Jackson refusal to wear a tie and to comply with King’s order become publically known.)

The US Army sharpshooters and shooters involved in the King assassination had been issued orders to “only shoot people wearing ties,” which included Dr. King, Rev. Andrew Young and possibly Rev. Ralph Abernathy (Dr. King’s presumed successor).  This refusal by Jesse Jackson to wear a tie immediately prior to the assassination shows “probable cause” inplicating Jackson as part of the assassination team and adhering to its secret code of no ties for conspirators.

According to Dammegard, the shots that hit Dr. King were fired by Memphis Police Officer Frank Strausser, accompanied by spotter Earl Clark (another Memphis police officer), with US Army sharpshooters or other backup shooters hidden in the cafeteria of Firestation #2, a nearby water tower and another high building. Following the shooting at the Lorraine Motel, Dr. King was taken to St. Joseph’s Hospital where, according to Ole Dammegard, an assassination cabal-connected physician by the name of Dr. Breen Bland entered with two men in suits, ordered nurses “Stop working on that nigger and let him die.”  The physician then spat on the victim, took a pillow and placed it on Dr. King’s face, smothering him to ensure that he was dead.

The designated “patsy” of this false flag assassination plot, James Earl Ray, did not fire any shots and had been handled by a mysterious operative (code named  “Raul”) for over a year on trips through Canada and Mexico before the King assassination.  As “Raul” managed and manipulated James Earl Ray, the Cointelpro assassinations of Dr. King and Robert F. Kennedy were being planned by a high level cabal, moat notably, FBI Director J. Edgar Hoover, and including the Bush faction of the  CIA, the US Army and other national security chiefs.

According to Dammegard, personnel involved in CIA’s Operation 40 who had successfully carried out the John F. Kennedy assassination in Dallas on Nov. 22, 1963 were also recruited in the assassination teams for Dr. King and Robert F. Kennedy. According to Dammegard, Jesse Jackson, who has acted as a national “black leader” since the April 4, 1968 assassination, acted out a psyops immediately following Dr. King’s assassination whereby Jackson, according to Andrew Young, dipped his hand in Dr. King’s blood on the balcony floor and smeared it on his pullover, creating a false meme that Jackson had “been the last to hold Dr. King in his arms”, which was patently false, according to all eye witnesses.

Jesse Jackson whispers to a dubious Dr. King – Circa 1968

Jackson also stayed behind at the Lorraine Motel after all members of Dr. King’s entourage departed for St. Joseph’s Hospital where the stricken Dr. King was taken, and became the default de facto spokesperson for the world and national media for the King organization, which in fact promoted Jesse Jackson to a new national and international prominence. In fact, it was know within the Dr, King’s inner circle that Dr. King had uncovered Jesse Jackson as a police spy and was preparing to out him.  Within the Memphis police-FBI-CIA assassination team, Jesse Jackson was reportedly pushing for a quick King assassination date saying King was “on to him.”

The 3 Faces of Jesse Jackson “The ACORN Does NOT Fall Far From The Tree”

On March 26, 2015, Jesse Jackson Jr.was released from the minimum-security Federal Prison Camp, Montgomery in Montgomery, Alabama, to serve the rest of his sentence (for corruption while serving in the US Congress) at a halfway house, the Volunteers of America Chesapeake facility in Baltimore, Maryland.

Many independent researchers have documented the extent to which the CIA and other federal agencies infiltrated the HSCA such that the truth of these four key political assassinations, which began with a Coup d’Etat in America with the assassination on November 22, 1963 by CIA Operation 40 personnel at the orders of high level co-conspirators including President Lyndon B. Johnson, George HW Bush, Richard M. Nixon, FBI Director J Edgar Hoover, and numerous power groups,  from which the United States has never recovered as a modern democracy.

Ole Dammegard has been invited to present as a speaker to the JFK Assassination Conference in Dallas, TX in November 2016.  Donations to support his research can be made at his website (below).

For all who are interested in the life and times of Dr. Martin Luther King and who question our government’s official word on Dr. King’s assassination, this will be an important presentation.   For more detailed information, click the link below to hear Dr. Gary Null’s Global Press Conference with Dr. William Pepper, attorney for James Earl Ray, regarding the Martin Luther King Assassination.

This Global Press Conference was held on June 21st, 2016 in New York City.  Hit link to The Gary Null Show given below and click the Media Player at the bottom of the webpage. You can also save this historic press conference to your archives by following the instructions give at the bottom of the webpage.