UFODigest.com » Aliens and UFOs » Exopolitics » How Does Obama fulfill the “deceiver” archetype? 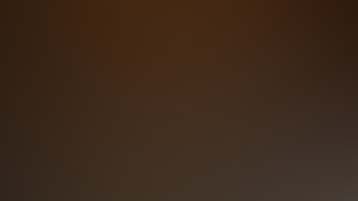 By the “deceiver” archetype, I refer to inter-personal, social, spiritual and exopolitical archetypes, not to any specific individual.  The “deceiver” archetype refers to an archetypal social, spiritual, and exopolitical role that an individual may play in society. Some archetypes such as “Antichrist” and “False Prophet” are archetypes that have been set out in prophetic texts.  Hermeneutics is the art of interpreting prophetic texts and hermeneuticists in the recent historical era have attempted to interpret to Revelations to frame Napoleon Bonaparte and Adolph Hitler, respectively, as fulfilling the prophesized archetype of the “Deceiver”.  The “deceiver” archetype embodies duality consciousness (“I win – you lose”) with an emphasis on deception, and is the obverse of Unity Consciousness (“We are all One”) embodied by Christ consciousness.

The individual publicly known as “Barack Hussein Obama” is a reasonable candidate for fulfilling the “deceiver” archetype on at least the following grounds, prima facie evidence for which is set out in this article:

1. He is practiced in institutional deception since adolescence;

2. As U.S. President he has covertly participated in and coordinated false flag operations causing ecocide and genocide through environmental warfare; bioweapons; and ionizing radiation.

3. He was elected to the highest political position of U.S. President by mass deception.

4. As U.S. President he has covertly participated in and served as “public Capstone” for false flag strategic deception operations intended to deceptively deprive U.S. citizens of their rights under the Bill of Rights including their right to bear arms, and ultimately to depopulate and enslave the U.S. population.

5. He covertly and intentionally serves as an archetypal “deceiver” asset of an international war crimes racketeering organization intent on installing a global police state known as The New World Order, and he owes primary allegiance to the New World Order crime organization.

Each of the above five (5) aspects of the deceiver archetype of Barack Hussein Obama is documented in extenso (some might say ad nauseam) in the article below.

“Identify the Perpetrator”: Why it is important to expose the deceiver “Barack Hussein Obama” publicly

“Identify the Perpetrator” is a succesful strategy that individuals and groups can use when liberating themselves of abuse by a perpetrator whom they had difficulty identifying and naming not only publicly but even to themselves.

In this context, The consensual trance in the United States (and in the world) is still such that “Barack Hussein Obama” is to “Friendly Fascism” what Adolph Hitler was to Nazism in the 1930s. The consciousness of the typical citizen who is in a “consensual trance” assumes that the ecocidal events, the genocides like Fukushima, the false flag operations like Hurricanes Isaac and Sandy, the false flag psyops like Sandy Hook Elementary and the Boston Marathon are occur as “an act of God”, natural events, or random, senseless acts of terrorists or deranged individuals in the case of false flag “terror events”.  In fact, all of these events are intentional acts of state terror put into operation and/or coordinated under plausible deniability around the chief executive officer of that state, in this case “Barack Hussein Obama.”

Under the “consensual trance”, these false flag events are, where feasible, so designed with “Barack Hussein Obama” as the Capstone who comes in after the tragedy and offers the benediction of the state that will protect the citizens, while concealing the forensic evidence establishing that it is state terror under the plausibale deniability coordination of “Barack Hussein Obama” that creates the catastrophe in the first place.

Why it is reasonable to hypothesize that “Barrack Hussein Obama” fulfills the social archetype of arch-deceiver?