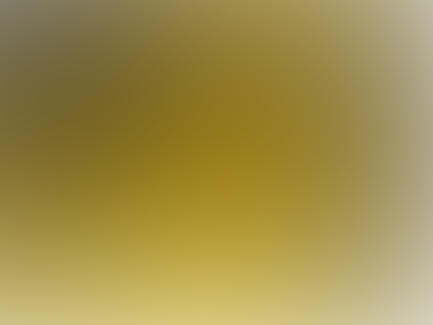 Two independent science-based probes provide some, although not definitive, evidence to support a possible catastrophic timeline for Earth in 2013 and the near term future.

In a 2010 Farsight Institute remote viewing probe of June 2013 using the largest number of military-trained remote viewers in history, 39% of the military-trained remove viewers found a global coastal event and devastated coastal cities and populations, with the U.S. Capitol (directly across the street from the U.S. Supreme Court) being devastated and by deep water, congruent with the 1971 DARPA chronovisor probe of 2013.

The 1971 DARPA chronovisor probe of 2013 is uncertain as well, according to Andrew D. Basiago, the former U.S. chrononaut who participated in that probe.  According to Mr. Basiago, “Because the chronovisors did not identify absolute, deterministic futures but rather alternate futures in the ‘multi-verse,’ this catastrophic vision of Washington, DC might be from an alternative time line that does not materialize on our time line.”  All time travel to the past by child participants had been halted in the early 1970s because “each time a child time traveled to the past, she/he found a different result”. This, Mr. Basiago said, could be indicative of alternative and differing timelines.

One response of the U.S. government to the 1971 DARPA chronovisor probe of 2013 was to order the building of approximately 174 deep underground military bases. Donald H. Rumsfeld was defense attaché to Project Pegasus and a member of the Nixon cabinet. Rumsfeld, had knowledge of 1971 chronovisor probe to 2013. U.S. Executive authority under U.S. President Richard M. Nixon or his successors can then have plausibly relied upon the DARPA Project Pegasus chronovisor “2013 Washington DC catastrophic timeline” information in making an executive decision of the U.S. government to proceed with the development of a network of deep underground military bases (DUMBs) that now reportedly may number up to 174 DUMBs. There are also reported elite underground bases in Norway and other locations worldwide.

If, as Mr. Basiago points out, “this catastrophic vision of Washington, DC might be from an alternative time line that does not materialize on our time line,” then the entire network of DUMB underground bases and socially repressive anomaly infrastructure used by the U.S. government and elites to implement this predicted 2013 “catastrophic timeline” would backfire against the governments and elites.

Theory I: Nemesis, our dual Sun

Astronomers estimate that over half of all star systems in our Galaxy have multiple stars, that binary star systems are the norm, and that single star systems are a special case.  A March 11, 2010 article in Astrobiology Magazine presented a probable case for the existence of our dual Sun, a brown dwarf called “Nemesis” or “Nibiru/Planet X”. The article titled: “Getting WISE About Nemesis”, stated: “A dark object may be lurking near our solar system, occasionally kicking comets in our direction. Nicknamed “Nemesis” or “The Death Star,” this undetected object could be a red or brown dwarf star, or an even darker presence several times the mass of Jupiter.”[1]

On February 11, 2013, researcher Marshall Masters reported the results of a study of an object of interest as seen from the Turrialba Volcano, Costa Rica, that may have characteristics of the posited twin star to our Sun.  That report can be viewed here: http://youtu.be/zJi_aAYNgUU

A report in the Astrophysical Journal “demonstrates how the debris from the Sagittarius galaxy, which is 10,000 times smaller in total mass than the Milky Way, is getting consumed by the latter.”[2]

Global warming on Earth and in the solar system is thought now to be the product of the Milky Way galaxy consuming our Sagittarius galaxy. “Scientists postulate that as the Sun and its attendant satellites, including Earth, get consumed by the Milky Way, the higher energy levels in this much larger galaxy will cause the Sun to burn hotter, and to emit higher energy.  This, scientists say, is one reason temperatures have been rising steadily in all plants in our solar system. As the consumption of Sagittarius by the Milky Way continues, further changes are being spotted, and monitored, in our own planetary system: Dark spots appearing, and growing, on Pluto; auroras being reported on Saturn; the polar shifts in Uranus and Neptune; the doubling of the intensity of the magnetic field on Jupiter.”

Celestial bodies now being spotted at the edge of our solar system may in fact be from the incoming Milky Way galaxy. Rodney Gomes, a noted astronomer at the National Observatory of Brazil in Rio de Janeiro, presented his recently completed computer models suggesting the existence of the distant planet at a meeting of the American Astronomical Society in Timberline Lodge, Ore., May 2012.  According to Gomes research, “A planet four times the size of Earth may be skirting the edges of the solar system beyond Pluto. Too distant to be easily spotted by Earth-based telescopes, the unseen planet could be gravitationally tugging on small icy objects past Neptune, helping explain the mystery of those objects’ peculiar orbits.” This planet may be part of the Milky Way galaxy, and from a solar system that is approaching ours.

In a worse case scenario, during a fly-by in the inner solar system, Nemesis, or a similar incoming celestial body from the Milky Way galaxy, could approach within 2.85 AU of our Sun (about 265 million miles), creating huge solar flares and solar storms that in turn create a global coastal event of our planet, devastating coastal human settlements and populations. as foreseen in the 1971 DARPA chronovisor and 2010 Farsight Institute remote viewing probes.

How extraterrestrials may be shielding Earth against solar storms

One hypothesis that is that planet-sized Extraterrestrial/Ultra-dimensional UFO craft photographed around the sun are actually installing shielding mechanisms to shield the solar system and Earth from the solar flares and storms that Nemesis or an incoming celestial body may cause.

Interdimensional portals on our Sun

Figure I is a NASA SOHO photograph, dated July 4, 2012, showing triangular interdimensional portals or stargates on the Sun through which large inter dimensional UFO craft enter into our solar system and reportedly begin shielding operations on our Sun. Physicist Nassim Haramein holds our Sun is a singularity or interdimensional portal into our solar system for UFOs from civilizations from other dimensions in the multiverse.

There is historical, exopolitical precedent for such a precautionary action by ethical extraterrestrials concerned about vulnerable human civilizations exposed to violent solar storms. Ancient artifacts released by the Mexican government in 2012 show extraterrestrials doing just this in past cycles. Both the 1971 DARPA chronovisor and the 2010 Farsight Institute remote viewing probes of 2013 depict a catastrophic global coastal event, and at the same time are not definitive studies.  Either or both probes can be reporting catastrophic timelines that do not materialize as the “actual” timeline in 2013 or future years.

Scientific opinion about the existence of our dual Sun or an incoming celestial body is highly divided. A number of prominent scientists investigating these issues have reportedly met mysterious deaths, and there is evidence of a government coverup in this area. Thus hard data as to the existence and itinerary in the outer solar system of a dual Sun or other incoming celestial object is difficult to locate, with possible the exception of the February 11, 2013 report of an object of interest from the Turrialba Volcano in Costa Rica.

There is hard data evidencing 174 deep underground military bases that have been constructed, apparently on the basis of the 1971 DARPA probe to 2013 and other data at an estimated cost of $2-3 trillion in black budget funds.  The existence of these 174 DUMB military bases demonstrates that the U.S. national security state has made an unprecedented investment in preparing to survive a flyby of a dual Sun or other incoming celestial bodies.

These DUMBS may well live up to their acronym (i.e. “DUMB”) and be useless relics of elite and military paranoia, even if the threat from a dual Sun or incoming celestial bodies is real. The evidence the Mexican government released in 2012 show that advanced ethical extraterrestrial civilizations shielded Earth from the more damaging effects of our dual Sun in the distant past, as NASA SOHO photographs show they may be doing in the present.

On balance, the evidence shows, more probably than not, that humanity is on a positive timeline, 2012-2020 and beyond, thanks in part, perhaps, to the demonstrated interventions of ethical extraterrestrial civilizations shielding Earth from the effects of solar storms.

Humanity can co-create a positive future under the helpful umbrella of these ethical extraterrestrials in five key areas. These areas are:

V – Extraterrestrial Civilizations Liaison – Humanity can develop trans-planetary grass roots, and a transparent international organization for lasting planetary interface with the galactic and universe community in a post-shift environment.