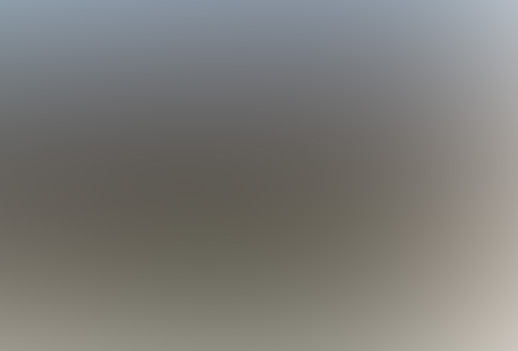 Kevin Randle, a full-time writer of more than 100 books of fiction and nonfiction, over 15 books about UFOs (was also an Army helicopter pilot and Air Force intelligence officer, including a Ph.D. in psychology), speaks about his investigation into the infamous crash of an alleged alien aircraft on a ranch near Roswell, New Mexico about July 2, 1947.

The book has chronologies of events that Randle discovered over the years, including interviews with witnesses that were still alive during his research. Consequently, Randle begins to discover a number of discrepancies to the popular “spaceship crash” theory. Likewise, Randle cannot completely ignore the testimony of various witnesses and documents that, if authentic, would mean a cover-up of sorts existed concerning the July, 1947 “crash.” 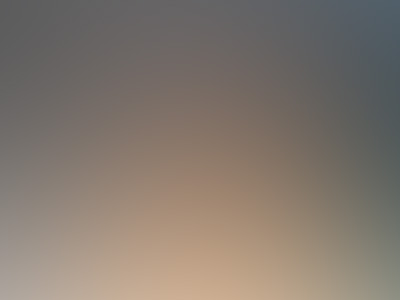 Dr. Kevin D. Randle (born 1949), is a prominent ufologist. Within the UFO community he is often regarded as one of the preeminent experts on the reported crash of a UFO near Roswell, New Mexico in July 1947.

A professional writer with more than 80 books to his credit, Randle is perhaps best known for his books about UFOs and the Roswell story. While the vast majority of his books are science fiction and historical fiction, it’s his books on the alleged UFO crash at Roswell, New Mexico in 1947 that have exerted an enormous influence on those interested in the saga

“On the pro side there is little documentation, but solid eyewitness testimony. These were the men who should have known about the crash based on who they were,” says Randle. “Many of them, when interviewed, did confirm they knew and even suggested an extraterrestrial explanation.There is limited documentation, but there is some…and there is the reacting to something extraordinary…this lack of information about what was happening at the top of the military pyramid is not surprising.” (pp. 174-175.)

Some of the early comments of witnesses somehow attached to the Roswell UFO incident can also be divided into “against, for, or undecided” categories.

Major Jesse Marcel, the Air Intelligence Officer at the Roswell Army Field, was ordered by Colonel William Blanchard to investigate a “debris field” discovered by ranch foreman Mack Brazel on a ranch near Corona, New Mexico. Marcel took along counter-intelligence corps officer Captain Sheridan Cavitt. Brazel’s discovery seemed to be around July 2 to 5, 1947; however, Brazel told the Roswell Dailey Record the discovery had been in June, 1947.

Randle constructs a list of witnesses and their opinions as to what they saw. Erdmann summarized a few; the reader can search further in Randle’s book. 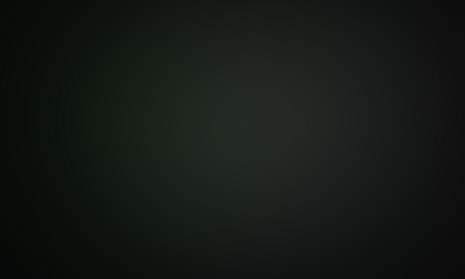 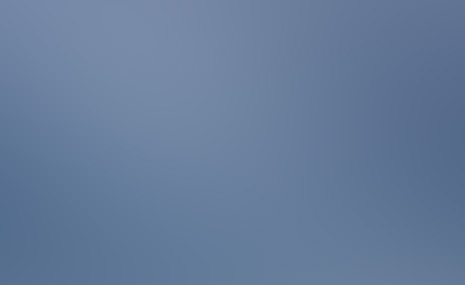 A concept design illustration developed by NASA during its ‘Morphing Project’; the core goal was to identify enabling technologies but this model famously caught the public eye in 2001.

(Erdmann theorized that this description may have been due to military intimidation during Brazel’s so-called ‘arrest.’ There was, also, possible confusion of his ‘find’ of a genuine balloon crash earlier in June, 1947.)

# Technical Sargent Ernest Robert Robbins, according to his wife Anne, was a participant in the recovery of a “saucer-shaped (craft) and that was a top layer that was oblong and had windows in it…three people…one was dead and two were alive.”

#  Master Sargent Lewis Rickett, on a visit to the crash site, handled “a light weight piece of metal that was slightly curved and about eighteen inches long…feather light and may be flimsy…he could not bend it.”

#  Sargent Thomas Gonzales, a member of the Transportation Section, was asked to assist in the “sweep” of the 1947 crash site. He said he witnessed an “air foil” and “little men.”

#  A “Sargent Johnson” was a member of the 1395th MP Company, and took about a dozen soldiers to the crash site. The craft appeared to be about fourteen feet in diameter, very light, and shared four creatures, three were dead. Johnson was told that the bodies were taken to the Wright Field in Dayton, Ohio.

(Discrepancies existed as to how many crash victims were found, and how many were alive or dead, and when the deaths happened.)

#  Colonel William Blanchard was the commander of the 509th Bomb Group at the Roswell Army Airfield in July, 1947. It was Blanchard that directed Lieutenant Walter Haut, the Publicity Information Officer, to release a press release on July 8 that “flying saucer” wreckage had been recovered and sent to higher headquarters.

Randle tells of some of the officers who defended the claim but also some who debunked the story of a 1947 alien craft.

#  Colonel Thomas Dubois, Chief of Staff of the Eighth Air Force, said that orders had come down from the Strategic Air Command headquarters and Major General McMullen “that the officers were not to talk about this among themselves.” In August 1990, DuBois said: “Nobody, wife, me, with Ramey, with anyone.”

#  Joe Briley, operations officer for the 509th, told Randle that in July 1947 he was a squadron commander at that time, and he did know that Blanchard had gone out to the crash site. Briley said that most stories were “changed and hushed up immediately as soon as the people from Washington arrived.” Briley said that Blanchard, who had been a close friend, “was not stupid enough to call a weather balloon something else.”

#  Patrick Saunders was the base adjutant and member of the primary staff on the Roswell Air Field in July 1947. Saunders wrote on the first page of the book The Truth about the UFO Crash at Roswell: “Here’s the truth and I still haven’t told anybody anything!” Saunders told close friends that officers of the 509th Group were “confronted with a technology greater than that of Earth.”

#  Edwin Easley was the Provost Marshal at the Roswell Army Airfield in July 1947, responsible for security and police functions. Easley usually avoided conversation on the topic by saying it was classified and that “he had confirmed” in February 1991 that Mack Brazel had “been held at the guest house on the base.” (Brazel referred to this as ‘jail.’) “If you are not allowed to leave and there is a guard on the door, it is, basically, the same thing,” says Randle.

When questioned if the craft was of extraterrestrial origin, Easley said: “Let me put it this way. That’s not the wrong path.”

#  Former 1st Lieutenant Chester Barton was told by Easley to go out to the crash site. “…the remains of a crashed aircraft…military police were using Geiger counters and that they did detect some radiation in certain spots,” says Randle, “…weren’t any large pieces.”  Barton said: “I know it was a hush-hush deal and Easley told us to keep our mouths shut.”

#  Oliver “Pappy” Henderson flew some of the wreckage on to Wright Field. Henderson told his wife, Sappho, that he had seen the bodies of the crash victims: “These were drawings of small creatures with big heads and large eyes,” says Randle. “Slender creatures that seemed to be frail.”

#  Lloyd Thompson and Robert Slusher were part of the crew that flew the bodies out of Roswell on a B-29 to Fort Worth where they were met by six people. One person was an undertaker, Lieutenant Felix Martucci, who has fervidly refused to comment to date.

Some testimony raised questions about the authenticity and connections to the 1947 crash.

#  Lieutenant Colonel Robert Barrowclough was an executive officer that said (during various interviews) that he was one of the pilots who flew the strange metallic debris out of Roswell. Robert Porter and other members of the 509th Bomb Group suggested that Barrowclough had flown with Major Marcel on the July 8 trip to Fort Worth as Aircraft Commander.

#  Martin Jorgans claimed to be a civilian working for the military in 1947 in search of drone jet aircraft that crashed near Roswell on July 3. They discovered a craft with “stubby…curved-back wings…about twenty feet long and only 12 to 14 feet wide.” There were three reported creatures.

However, “there are no records to corroborate this,” (unfortunately) says Randle, “…using radar to track it is also a worry, given the nature of the terrain and the locations of the various radars in 1947…the search probably would have been conducted by aircraft and not guys in a jeep.”

#  Counter-intelligence corps officer, then Captain Sheridan Cavitt (who accompanied Jesse Marcel to the “debris field”) told Colonel Richard Weaver that “he (Cavitt) knew immediately that it was a balloon.” Captain Weaver was the author of the July, 1994 23-page “Report of the Air Force Research Regarding the Roswell Incident.”

#  Bessie Brazel Schrieber, the daughter of Mack Brazel, said that she, and her brother Vernon, helped pick up debris into four burlap sacks. Bessie recalled the material as nothing but pieces of a balloon (there possibly was confusion over a balloon found earlier in June, 1947, as well as, Mack Brazel’s intimidation by the military about his descriptions of the material).

#  Former Captain and Ph.D. (doctor) Lorenzo Kent Kimball was the medical supply officer at Roswell in July 1947. Randle says that Kimball knew doctors, nurses, enlisted men, pilots and officers at Roswell Air Field. “He is emphatic in his opinion that nothing happened,” says Randle, “that the story of the preliminary autopsy at Roswell is false, and the whole idea of a flying saucer crash is without merit.”

In 1947 Colonel (later Brigadier General) Thomas J. DuBose was the Chief of Staff of the Eighth Air Force stationed at the, then, Fort Worth Army Air Field. He was ordered by Major General Clements McMullen (Deputy Commander of the Strategic Air Command) to inquire about the material at Roswell. DuBose was ordered to send the material to McMullen, who, in turn, forwarded it to Nathan F. Twining at the Air Material Command.

All posts by Stephen Charles Erdmann