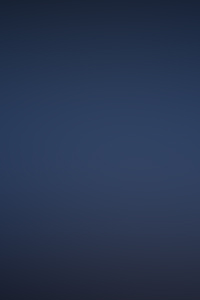 That Hollywood, which is a district of the city of Los Angeles (L.A.) in the United States of America on the west coast of the continent of North America in the state of California, should be called ‘Babylon’ after the capital city of the Persian Empire, Babylon (c. 4000 B.C.), derives from a description of ‘a woman’, Babylon, by Jesus’ disciple, John, in his apocalyptic Revelation of the future, ‘Mystery, Babylon the great, mother of harlots and of the abominations of the Earth.’ (Rev: 17. 5) Hollywood is called ‘Babylon’ because it’s the capital of the global media Empire of the USA and has been since the first movie was made there by director D. W. Griffith, Old California (1910), before the censorship of the ‘Hays code’ (1934-67), established by President of the Motion Picture Producers Of America (MPPDA), Will Hays, effectively made it impossible for humans to ever learn anything of their own mode of sexual reproduction from mainstream mass media edutainment on the moral grounds that it would encourage adultery.

Christianity, after Jesus ‘Christ’, that is, ‘the chosen’, assured everyone it frowned on adultery severely, and despite Jesus’ leniency: `… women, in love scenes, at all times have `at least one foot on the floor` (in other words, no love scenes in bed).`1 Christianity’s moral stance is based on Jesus’ words to a woman allegedly caught in the act of adultery in the New Testament of the Bible, which Christians believe supersede the Old Testament law and history of the Jewish ‘chosen people’ of God, that is, the Torah and Talmud written in their Hebrew language, ‘Let he that is without sin cast the first stone.’ (John: 8. 7) Because women are capable of sexually reproducing with each other, as the futanarian human species of women’s seed, adultery is what men practice on their race. Moreover, as it seems unlikely that women would ever marry, given the opportunity to be free of their ring slavery in host womb parasitism for war against their species, women aren’t ever adulterate. Consequently, Hollywood’s stance against adultery is a sham designed to suppress women’s seed, because if women were seen to be able to sexually reproduce with each other through the medium of cinema or television, it’d threaten the system of human slavery imposed upon the Earth by an alien rulership.

As 100, 000 women of the human futanarian species of women’s seed could sexually reproduce 1. 5, 000, 000 in 34 years, women are the perfect planetary colonist should their species ever achieve interstellar space travel. However, if they can be prevented from producing enough brainpower to give them the permanent memory through the immortality conferred by medical science to build and maintain the starship technology needed to carry them to the planets amongst the stars of heaven above and beyond the Earth, they’ll remain host womb slaves in parasitism. Although parasitism seems harsh in describing what men do with women, parasitologists use the term ‘parasitoid’ to describe the parasite that emerges from the host to kill it, and that’s what men do in their wars against women’s seed, ‘The dragon was wroth with the woman and went to make war upon the remnant of her seed.’ (Rev: 12. 17) At least since the period of ancient Egypt, men and women have been manufactured as a single male brained creature wearing each other’s clothes as a transvestite for ‘TV war’. In the myth of Ra, the sun god, he’s incarnated as Osiris, who is dismembered by his evil brother, Set. Although the goddess, Isis, remembers him, his phallus can’t be found, so Isis gives him hers, that is, without women’s seed the human race is a TV. Osiris is restored as Horus, ‘the sky god’, because satellite TV is more advanced.

When US President Ronald ‘Ray Gun’ Reagan announced his ‘Strategic Defense Initiative’ (SDI) on March 23, 1982, to establish a ‘ground and space based missile system’, it was labeled ‘Star Wars’ after the 1977 movie, Star Wars IV: A New Hope, featuring a ‘Death Star’ created by the evil Empire of Palatine to orbit planets and kill them, that is, it was an advanced Egyptian satellite TV system. The symbol of ‘the sky god’, Horus, is the hawk, because he has a hawk’s head, and the members of the Republican Party in the United States who’re gung-ho for war are known as hawks, that is, it’s the hawks of war that seek to prevent the human futanarian species of women’s seed from escaping the Earth to colonize the planets.

The actors and actresses in Hollywood are known as ‘stars’, because they are trained to be ‘egoids’. It was ‘the father of psychoanalysis’, Sigmund Freud (1856-1939), that created the term ‘id’ to explain that the unconscious contained material repressed by the conscious mind because of taboo; for example, Christian morality’s taboo against adultery caused society to become sexually repressive to the extent that Africa’s DR Congo discovered a simian immune deficiency virus (SIV) mutation transmitted by homosexuals’ mixing of blood, shit and semen in each other’s anus in 1983. The human deficiency virus (HIV) injected at the base of the spine resulted in acquired immune deficiency syndrome (AIDS), and collapse of the organs of the body, before the brain died. In short, Freudian psychology was the basis for understanding that homosexuality in the human ‘id’ produced an ‘incurable killer disease’ as their ‘biological weapon’ aimed at eradicating the human species, because that’s what Christian morality and homosexuals were for.

Although ‘ego’ was a term used by Freud, it was Carl Jung (1875-1961), a developmental, rather than a repression psychologist, that saw it as a vehicle for individuation through what he called ‘the archetypes of the collective unconscious’. Jung argued that the unconscious of each human individual contained archetypes, that is, images to be found in dreams, art and the imagination, which assisted the development of the ego, that is, consciousness. Where Freud posited a Super-ego that functioned as a censor to repress into the ‘id’ or unconscious, Jung posited a shadow level to the unconscious, corresponding to human instinct, which contained the archetypes. Consequently, it was only necessary to allow the instinctual subconscious shadow to emerge through art, dreams and imagination for ego-consciousness to develop.

Hollywood egos were called stars, because the life of most planets is dependent on their local sun, which for the Earth is its day star, Sol. In other words, actors and actresses were perceived as commensurate with suns in regard to planets, that is, they were their life. What this produced is describable as ‘egoid’, that is, a star’s belief that their ego was greater than that of the planetary consciousness. In simple terms, because men and women are a TV, they’re unable to accept the anonymity of being a woman amongst women’s seed, so they wage war on the human race in order to assert their egoism, which is ego-id, that is, a conflation of Jung’s ego and Freud’s id. For Hollywood unable to celebrate human sexual activity, ‘action’ movies featuring violence against an unnamable horror is usual, although war against women is what its audience are for. Typical is the nucleus of brave heroes fighting against an alien invasion, for example, Independence Day (1996), because it’s a psychological displacement of men’s actual role as aliens invading women’s Earth. In the ID4 movie, actor Bill Pullman has the role of US President Thomas Whitmore who, before an air battle with the alien invader, addresses USAF personnel in the west of the United States’ Area 51 top secret facility, which is 134 km north-northwest of the city of Las Vegas, near Hiko, Tonopah Basin, State Route 318, Lincoln County, Nevada state, a locale where research on alien spacecraft and their occupants has unofficially always occurred:

‘Good morning. In less than an hour, aircraft from here will join others from around the world, and you will be launching the largest aerial battle in the history of mankind. Mankind. That word should have new meaning for all of us today. We can’t be consumed by our petty differences anymore. We will be united in our common interests. Perhaps it’s fate that today is the Fourth of July, and you will once again be fighting for our freedom. Not from tyranny, oppression, or persecution … but from annihilation. We’re fighting for our right to live. To exist. And should we win the day, the Fourth of July will no longer be known as an American holiday, but as the day when the world declared in one voice: We will not go quietly into the night! We will not vanish without a fight! We’re going to live on! We’re going to survive! Today we celebrate our Independence Day!’2

As women are capable of sexually reproducing 15 billion from 1 million in 34 years, even if the age of conception were formally agreed as 16 +, men would have had to have killed a huge number of women in order to be the dominant invading alien creature. However, because Hollywood stars are egoid, that’s what they’re produced for.

Most recent posts by Robin Bright

All posts by Robin Bright