UFODigest.com » Aliens and UFOs » The Night the Giant Rock Split 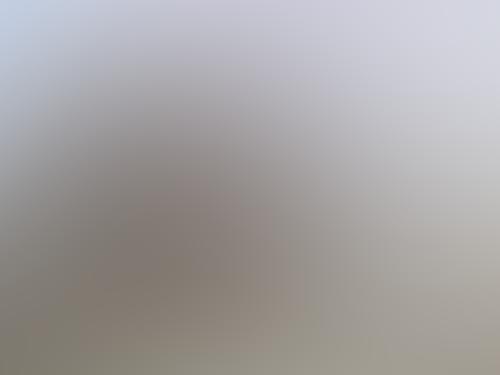 If the aliens had not delayed their return to Landers, California, a thinly populated hamlet in a quiet corner of the southwestern desert, the Integraton might have been completed. Designed by the aliens and built by their human conduit, George Van Tassel, the Integratron held promise to reverse the aging process in humans.

Decades later however, when the aliens finally did journey back from a galaxy far from earth, long after Van Tassel passed away with his dream of a functioning Integraton left unfulfilled, they were a new generation, not so much concerned to share the knowledge to stop the suffering of all beings in the universe as their forefathers were, but rather, more concerned with creating mischief in the strange and different worlds they encountered.

And that’s where we begin….

Glowing embers in the campfire swirled in the evening chill; it was winter in the desert, a time of year clear for a man and his dog to behold a glowing show of stars, bright against the dark expanse of the universe.

Around a low hill from the fire, some distance from the Integraton with its white domed structure sitting idle, the world’s largest solitary boulder the size of a seven story building sat just as still — Giant Rock, a mammoth-sized chunk of solid granite, how it ended up there, heavy on a flat desert floor, far from anywhere, nobody knows, just as nobody knows —  save for the man and his dog — how a massive slab of the Rock was slivered off on that cold winters night.

The man’s dog barked at the machines as they streaked low across the horizon. Barely clearing the tops of the uneven ridged mountaintops several miles to the east, they looped around in a wide ranging arc and plowed down on the desert floor below, all coming to a heaping rest in a swirl of dust somewhere near the Rock on the other side of the hill.

He wondered aloud, “What was that.”

Beside the smoldering fire-pit there lay empty one 12-ounce beer can and a second with a swallow or two left. He was not drunk.

In the stillness that settled after the machines plowed down the man and his dog stood alone in the dark and then one note at a time a cacophony built and the stillness was shattered when a ghastly mix of unearthly tones was unleashed by the aliens with instruments played like an orchestra gone mad, a strain that was wretched and pierced the night air and reverberated off the Rock and over the low hill.

With dog at heel and gravel crunching beneath his boots, the man stole around low bushes and angled his way up the hill towards the symphony of sound. A rocky outcropping jutted up near the ridge and when he pulled himself forward the top of the Giant Rock loomed into view. Climbing closer along the top of the ridge he wedged his boot in a foothold of the ridge and looked to the base of the Rock.

Propped against the Rock a group of aliens played their stringed instruments and drank from squat-shaped containers while the strange colored brew leaked from the tiny folds of their mouths.

The man adjusted his position on the ridge and strained to peer farther along the base of the Rock. Speaking in unfamiliar slurred tongues, another group of aliens drank from their containers and as the brew leaked from the folds of their mouths they staggered near their intergalactic machines. Like oversize wooden toy tops, the machine’s pointed tips barely brushed the earth as their fat tops floated effortlessly like a trio of hot-air balloons tethered to the ground and their smooth outer skins reflected a polished hue of seamless carbon steel.

Off to another side of the Rock some distance from the machines, another being dropped his container and unable to stand he doubled over on his knees and the Rock held him steady as a stream of vomit spewed from his mouth and fouled the surface of the Rock.

The man looked to the east where the bright tip of a rising crescent moon slowly emerged from beyond the horizon of mountains and the glint of its light reflected off the skin of the machines. Another glint shone off an object held in the hand of one of the aliens, a weapon of some sort. Raising it, the alien fired. Arcing, a multi-colored beam raced across the sky like a tracer in the night towards the craggy ridged mountain to the east. In a burst, a chunk of the crag vanished as it melted down into a smooth shallow bowl.

Emitting a cool bluish tint from their prism-like eyes and a mischievous grin on their featureless faces the aliens looked to each other and they tossed their instruments aside and they brandished their weapons and they fixed them on the darkened sky and they fired them randomly at nothing at all.

The man and his dog viewed the kaleidoscope of color, like an exploding star jettisoning billions of tiny pieces of debris crisscrossing the universe with fiery tails following.

Stopping to take swallows from their containers, the aliens aligned in formation and they faced the Giant Rock and they fired their strange weapons again. Silent as a dozen scalpels cutting flesh, the beams sliced through the Rock and pulsated beyond the far side and a slab of the Rock as thick as a house slipped off the side and slammed into the sand below.

In a nana-second, the world’s largest solitary boulder was reduced by a third.

The man’s dog howled. Startled, the aliens dropped their weapons and were instantly upon their visitors atop the low hill. Surprisingly agile with gangly formed legs their feet like suction cups sucked tight to the rocks. Prodding the man and his dog down the hill, they settled near the machines, near the Rock. The man looked at the Rock and with not a scorch from where the weapons had cut the freshly exposed surface was a raw milky white with a smooth virgin skin, a skin that had not seen light since the Creator delivered the Rock there.

Empty containers littered the ground where the man and his dog stood. Curious, the aliens studied the man and with thin graceful fingers they gently petted the stubble of  growth on his chin and felt the shape of a normal human head and plucked a strand of his hair. The friendly brown retriever wagged his tail as they peeled back his upper lip and revealed a neat pointed row of white canine teeth. Another of the aliens held out a container filled with the strange brew and beckoned the man to drink and the man drank and the dog lapped at the mouth of a container that lay nearby.

Throughout the night, the man drank and the dog lapped until the fluid leaked from the sides of their mouths.

In the stillness of the early morning dawn when the shadows ran long on the floor of the desert, the sun shined its warm rays over the mountains to the east and cast its first light and the shadows retreated as the light shone upon the surface of the Rock. And with the first light the totality of the dirty deed from the night before was exposed with the two naked halves of the Rock split apart.

Awakened from their stupor by the sun’s first light, the aliens were blinded and leaned their heads low as they climbed the narrow ladders that reached to their machines and as the machines lifted off with their fat tops a slow wobble they spun low along the desert floor and gained little altitude as they barely passed over the shallow dished bowl on the ridgeline to the east and dipped below the horizon on the other side.

In the decade since the disappearance of the man and his dog when the Giant Rock split, people from all corners of the earth come to view the mystery of what occurred on that cold winter night.

Scientists and laymen alike hypothesize that the split may have been caused from moisture that seeped into a slight crack in the Rock and expanded when it froze and popped the slab loose, or they blame heat, where from centuries of abuse, campfires were built under the base of the Rock by indigenous peoples and those who followed.

But campers have reported that with campfires ablaze on cold winter night’s when the pointed tip of the crescent moon rises and shines on the shallow shaped bowl on the mountain to the east, a silloute of a man and his dog can be seen near the center of the bowl and as the man plays a long lonely strain on a strange stringed instrument there by his side where his dog lays is a squat-shaped container and wet on his chin is a leaked drop of fluid.

A resident of the California desert since 1971, Scot very much appreciates all that it has to offer. A desert rat by heart and a finish carpenter by trade, he is a proud member of the Mane Street Stampede, an old-west re-enactment group who performs weekly in Pioneertown.

Note: Author has received permission from the caretaker of the Integraton to use the name, George Van Tassel.

Photos and captions by Frank Rodrigue

2 thoughts on “The Night the Giant Rock Split”

Most recent posts by S.E McKone

All posts by S.E McKone