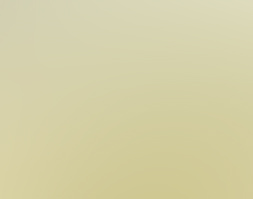 Jesus said that some of His disciples will not finish preaching through all the cities of Israel before He comes back (Matthew 10:23). Jesus said that some who were living during His time would not die before they see the Son of Man (Jesus Christ) coming in His Kingdom (Matthew 16:28). Jesus said that “this generation” will not pass away before all these things concerning His second coming are fulfilled (Matthew 24:34). He was talking to the people of that time and the generation of that time. He was saying that they (not us) would be witnesses to these things happening.

Some have argued that Jesus was talking about His glory that His disciples would behold when they reach the top of, what now is known as, the Mount of Transfiguration. But that had nothing to do with Jesus coming back to establish His Kingdom. Besides, as one commentator put it, it’s obvious that the people who were with Jesus would be alive for the little time it took for Him to go up the Mount and come back. It wouldn’t be a big deal for Jesus to say that some of those who were with Him would still be alive by the time He returns from His trip up the Mount.

Jesus said that when Jerusalem is surrounded by armies and is destroyed that would be the time of His second coming. This already happened between 63 A.D. and 70 A.D. (seven years). Jesus said that the Gospel will be preached to every nation before He comes. The Apostle Paul says in Colossians 1:23 that the Gospel had already been preached to all nations (that is all nations of the then known world of the Roman Empire and beyond). One of the reasons that this Gospel was to be preached to all nations was in order to be a witness to them that God was through with Israel as a nation for its ultimate disobedience. The end of the world that Jesus was talking referred to the end of the age, not the end of the physical world. The word “world” in the passage comes from the Greek word “aion” meaning “age”. The other Greek word for “world” is “cosmos” which refers to the physical world, but that’s not the Greek word that’s used in Scripture in reference to when Jesus returns. Jesus was referring to the end of the Jewish Age. That is why Jesus Himself said the “axe is laid at the root” (Luke 3:9) meaning the destruction of the nation was near.

What about the land? Weren’t the Jews promised an eternal inheritance to the land? It is vital to understand that God’s promises concerning the land to the Jews in the Old Testament were conditional – only so long as they continued to obey Him were those promises concerning the land binding (read Deuteronomy 28). Their ultimate disobedience in their rejection of Christ would forfeit them any claim to the land.

We read in the Book of Joshua 21:43, 45: “And the Lord gave unto Israel all the land which He swore to give unto their fathers; and they possessed it, and dwelt therein. There failed not ought of any good thing which the Lord had spoken unto the house of Israel; all came to pass.” Thus, there is no promise concerning the land that still awaits any fulfillment.

The Bible teaches that Jewish and Gentile believers in Christ inherit the same, not different promises, because in God’s eyes they are one spiritual seed (Ephesians 2:11-21 and 3:5-6).

The modern state of Israel today has the right to exist like any other nation, but it does not have the right to territorial conquest and control in the name of Zionism.

Most evangelical Christians, who are dispensationalists, are still seeking for an Israel that the New Testament says is the spiritual body of Christ made up of both Jew and Gentile believers in Jesus Christ and, again, who together (as one seed) inherit the same (not different) promises (Galatians 3:14-16).

The New Testament refers to the Christian church as the “Israel of God” (Galatians 6:16). There is good reason to believe that some of the Old Testament descriptions of God’s future dealings with Israel are already being fulfilled spiritually in and through the Christian church which is made up of both Jew and Gentile believers in Christ inheriting the same (not different) promises.

Evangelist John L. Bray made this interesting point in one of his newsletters:

“The prophet Amos (in the Old Testament) had prophesied the future building of the Tabernacle of David to receive the saved of the heathen (Amos 9:12). In a special counsel of the apostles and other leaders, James (in the New Testament) declared that this prophecy was fulfilled as people were being converted through the preaching of the gospel and were becoming the spiritual house of God (Acts 15:13-19). This was called ‘the true Tabernacle, which the Lord pitched, not man (Hebrews 8:2)’ ” (Evangelist John L. Bray in Biblical Perspectives, December 1, 2009).

Thus, this proves that the Christian Church (both Jew and Gentile believers in Christ) are the recipients of God’s Old Testament promises. It is also proof that these promises are to be understood spiritually, not literally. It is not a literal future millennial tabernacle in view here, as the Apostle James clearly describes and explains in the passage.

God’s unconditional promises in the Old Testament were not made to national Israel but to all His elect (true Jew and Gentile believers in Christ), so this is not Replacement Theology, as some would say. God’s elect Jews are now united with His elect Gentiles in the Christian Church. Therefore, the promises made to His elect Jews are fulfilled now by the Christian Church. The Apostle Paul says in Romans 9:6, “For they are not all Israel, which are of Israel.” In the context of the passage, Paul was explaining who would inherit the Old Testament promises of God, and Paul said it would be the Church, the true Israel, the spiritual Israel.

As for national Israel, God had brought it to a permanent end for its ultimate disobedience in rejecting Christ. Jesus Himself prophesied judgment against the nation.

Many evangelical Christians believe (wrongly) that the “Great City” in the Book of Revelation, which God destroys in His wrath and which is referred to figuratively as “Babylon,” is Rome. They believe it is Rome because the city is described as being surrounded by seven hills.

However, Jerusalem, also, is surrounded by seven hills. The proof that Jerusalem is the city and not Rome is found in Revelation 11:8 where we read, “And their dead bodies shall lie in the street of the Great City, which spiritually is called Sodom and Egypt, where also our Lord was crucified”.

Was the Lord crucified in Rome or in Jerusalem? The wrath of God against Jerusalem for its apostate Judaism is what the early portions of the Book of Revelation are all about.

Jesus said that every eye will see Him at His return (that is everyone in Jerusalem at the time of its destruction) will know that Jesus was ultimately behind Jerusalem’s judgment and destruction for its ultimate rejection of Him as Messiah. The word “see” in the passage comes from the Greek word “eido” which can also mean “see” in the sense of understanding or comprehending like when you say to someone “Do you ‘see’ what I mean?”

In the Old Testament when Babylon was destroyed the Scripture says that the stars of heaven fell and the Sun and moon turned their color. This is known as apocalyptic language in Scripture. Whenever a very major event affecting Israel happens such language is used. The Book of Revelation uses similar language also. Revelation is to be interpreted symbolically, for the most part.

The Book of Revelation, like the rest of the New Testament, was originally written in Greek so sometimes we must go to the Greek language to have a more precise understanding of certain words.

In the very first verse of the very first chapter we read, “The revelation of Jesus Christ, which God (the Father) gave unto Him, to show unto His servants things which must shortly come to pass; and He sent and signified it by His angel unto His servant John” (Revelation 1:1, KJV). The word “signified” in the passage comes from a Greek word meaning “signs” or “symbols”. Thus, Revelation was meant by Christ to be interpreted symbolically, not literally. And notice, the passage says that these things “must shortly come to pass,” (not thousands of years later).

The Roman armies surrounded Jerusalem from 63 AD to 70 AD (seven years) and totally destroyed Jerusalem and the Jewish temple, as Jesus predicted. In the middle of those seven years ancient historians like Josephus record that Jews who believed in Christ had an opportunity to escape Jerusalem so that they would not be killed. These Jews escaped to Pella in Jordan.

But, didn’t Jesus say about the temple that not one stone would be sitting on another when it’s destroyed? How is it then that in the temple remains now there are still stones laying intact on each?

What Jesus said about the temple, that one stone will not rest upon another, must be understood as hyperbolic language (exaggeration, which is a useful tool and form of verbal expression in society). There are other examples in Scripture of hyperbolic language. The context of Scripture (of what all of Scripture teaches on any issue is always the key to proper and accurate interpretation).

The ancient Jewish historian Josephus was allowed by the Romans to describe and write about what was happening in Jerusalem at the time of its siege and destruction by the Roman army. Among the things Josephus describes are the miraculous signs that occurred in Jerusalem prior to its destruction. All of this was prophesied by Jesus.

Part II of this series will be published Saturday, September 15, 2013. https://www.ufodigest.com/article/second-coming-0914

The author, Babu G. Ranganathan, has his bachelor’s degree with concentrations in theology and biology and has been recognized for his writings on religion and science in the 24th edition of Marquis “Who’s Who in The East.” Many of the author’s writings may be accessed at www.religionscience.com .

All posts by Babu G. Ranganathan