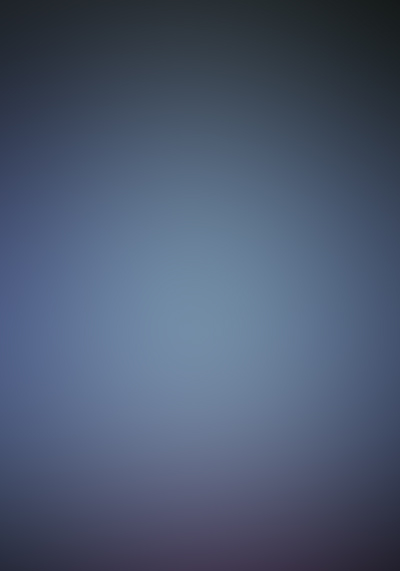 Many of us have wondered, at one time or another, if time travel is really possible. Is it really possible to step back into time and observe history or even perhaps change it?
What about going forward in time and seeing the future before it happens”? Many, many stories, books and films have been made which depicted the writers idea of how the trip would be accomplished and what could and could not be done while the traveler was there. Speculation runs high as to just how much or how little interference it would take to change history. Story lines run from trying to assassinate world leaders, using elaborate plots, to certain entities chasing one another from future to past and back again to accomplish the same goal.
Have you ever wanted to go back and do something over that might not have turned out right? We have all said from time to time, “Oh if I could only have a chance to do that over, it would be different,” have we not? Try to imagine what it would take to change an event in time. Lets pretend, some how, by some special way, we were given the power to do this, what would we do? First we would have to pick an event, any event, there are plenty to chose from. Something, let us suppose, from the past that did not turn out well or perhaps created much sadness for many would be a good place to start. One might want to get more personal than that but, if we only had one chance to do this, we might want to consider something for the greater good of humanity.
Once we have chosen our target we would need to formulate a plan. How much or how little would we have to do to eliminate the possibility of the event, we have chosen, from happening? Let us just say it is a former world leader, who may have been a tyrant or worse. One that may have been the direct cause for war and destruction of much for many. Would we need to eliminate the possibility of this person living to accomplish this goal? Would we have to extinguish this persons life or perhaps one of the ancestors to stop this from happening? What repercussions would result from our interference in such a major fashion as this? If we were to succeed with the plan, how would we know if someone else, even worse would not step into the fallen leaders shoes, so to speak? We might even be considered at fault or to blame if things got worse! Of course no one in the time line would know that, would they? They would have nothing to compare it to.
All that would be needed would be one second or less! Just one little bit of time, changed in the right spot would change everything. One second or less of time that may have preserved the persons life. Nothing drastic or complicated, just a second. The difficult part of the whole operation would be finding out which second that would be. It would seem possible that within the scheme of things as knowledge grows, and perhaps has already grown, that a computerized system could be designed to pinpoint the second needed. Then, of course, once that time is known, perhaps using that same computer, any of a million opportunities to change that second would be known. Each one of these opportunities would change history in a different way. Comparing the changes over a period of time would indicate vast differences in the time lines as history past. This would have to be accomplished to be assured of the outcome that we desire.
What could we suppose would happen as time changes? Is there another time line that just breaks off the first and continues on, without notice and runs parallel with it? What would happen if a second or more is displaced? Would the time line be jolted in some way, not nessesarly then but farther up the time line in the future? If enough changes, abrupt enough, were to happen, could we notice? Might we be able to hear or feel this abrupt change? As an example, back in 1989 a movie called “Millennium

” depicked a time from the future when humans had developed a way to go into the past and change things. These changes were not for gain, but for what was thought to be humanitarian reasons. They would save all the people on doomed aircraft flights, for example. Aircraft that was known to have crashed loosing all aboard, was some how boarded by them and all the passengers were removed and dummy bodies put in their places. These passengers would be brought to the future and could continue with their lives from that point in time.
The dummy bodies were lifelike enough to pass the investigations of the crash and no one could tell the difference. There were others that took pleasure trips to the past as a form of entertainment, a holiday, if you will. Time was being changed on a continued bases.
Not trying to be a spoiler, if you have not seen it, as the movie continues, time was changing so much and so frequently that strange loud sounds could be heard, off in the distance, as it was changing. Strange banging sounds and thunders as well as just load noises of various types. These sounds were not unlike the strange sounds that we are hearing around the planet of late. Booming, cracking, humming and even somewhat mucial sounds that have been frightening and baffling people around the world. Could this movie, as some do, be a predictor of future events? Are we hearing the sounds of time changing? Is there someone in our future, or even our present, playing with time? If the film is correct it would seem they would be doing it now, and we are hearing it as it changes. What secrets are being kept from us and by whom?
Rumors of time experiments go back as far as the late 1930’s and possibly earlier. Other stories have been rumored of those who travel into the future and witness events or near events and return. Then they use the knowledge of the future to change it, or inhance it, to their advantage.
Of course it could be, as in one case, what sounded like a choir singing was heard . Yes, a heavenly choir, and of course the loud bangs, that would be when one of the singers dropped the mic! Sounds silly doesn’t it? The worlds logic has no answer for these sounds. Once all the logical possibilities have been elimanated only the illogical remains. Not silly dreams of Angel choirs and men on white horses, but holding up the very real probability that someone somewhere is playing with time and we are hearing it! Coursing it to their advantage a we hear the changing and live the consiquences.
If we should consider this a real possibility, we could also consider the possibility of a Time War of sorts going on in our midst. One played by two or more sides to gain advantage over the other. Accept for the sounds, we would have no way of knowing, for there is nothing to compare it to!

For more information or to purchase this movie from Amazon.Com simply click on its title: Millennium

All posts by John G. Crobons