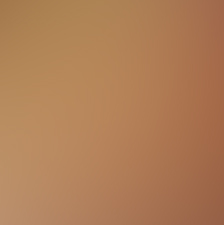 Publisher’s Note: I have received several emails from this gentleman from India.He has sent several emails in the past. If convenient please give it a read and let me know if it is easily understandable. Thanks Dirk

I (Vinodprasad Petwal) am a citizen of INDIA and I had contacted with the aliens [ancient gods] in USA in Missouri near Kansas city in 2008 by spiritual power[consciousness of mind that is opening of 3rd eye]. But I did not tell the doctors or scientists about my spiritual power but when I came to India I saw 2012 movie as I came to know about my mission to save human lives, as life on earth is going to end and new life is going to exist on earth but for that I have to call the aliens the ancient gods to save human lives.

The VIMANA founded in Afghanistan is my ancient spacecrafts as I am the creator LORD VISHNU and the aliens[ancient] gods are my people, you can read my story on Google just type my name Vinodprasad Petwal UFO-ALIENS. My contact no-919561895574 my address BLDG NO-1,FLAT NO-202,AGRAWAL NAGRI,BESIDE VASANT NAGRI, VASAI[E],THANE-401208,INDIA. Please contact me as fast as soon so that I can save maximum lives and give humans new world and new purpose to live on earth in peace, thank you.

As in Hindu religion we have 4 stages of life cycles which are called Yuga’s first one is Satyug 2nd is Tretayug 3rd is Dwarpayug and 4th is Kaliyug.

We are in the last stage Kaliyug according MAYAN calendar we have completed 5125 years and even in Hindu calendar Kaliyug ends at 5000 years.  After Kaliyug again Satyug will start the golden age where gods will come on earth that is the aliens[ancient gods] the creator of humans.

Its a chain cycle it starts at Satyug and ends at Kaliyug that is 26000 years of cycle and now Satyug will be for 6000 years where humans eyes will opened to make them know about themselves their purpose for creation by me that is LORD VISHNU. You can read about LORD VISHNU and his 10 avatars on Google.

According to Hindu religion LORD Vishnu is suppose to born in Kaliyug the 10th incarnation called Kalki which is my rebirth as everyone cannot receive enlightenment that is to clear all chakras that is kundilini chakra which I had received by drinking green tea and my own urine as mentioned in my story and I can again open my chakras that is the 3rd eye by smoking charas [cannabis] in more quantity as have experienced it before.

Lord VISHNU used to smoke charas [cannabis] at the ocean bed. Lord SHIVA who is one of the Indian god who is Lord Vishnus incarnation has 3rd eye on his forehead and cannabis is offered to him while prayers. Everything is connected to spiritual power to receive that spiritual power I have to smoke charas [cannabis] but it also has side effect on brains I can only do it if humans believe in me in large numbers as you are one of them, please help me to make humans to believe in me before time runs out of human hands as at last moment I can not save maximum life’s as I have to make contact with my people the aliens [ancient gods] and make the world know about me as I am ONE [GOD]and all religion are one.

Its in your hands to believe in me or not, you can research about my story and my feedback as lots of activities are going to happen on earth that is natural disasters that will come from anywhere from space from earth from sun anywhere in the universe. Please contact me as fast as possible my contact-919561895574.