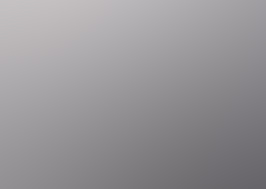 DIGHTON, Kan. — One can see for miles across the flat High Plains. There are few houses. Few people. And with small towns dotting the landscape, there are few streetlights obstructing the view of a starry night.

Moreover, Dighton, population 1,261, is a small western Kansas community like most that dot the Midwest — a town with an economy reliant on the wheat fields that surround it, a place where, it seems, nothing unusual ever happens, a town populated by the average American — hardworking, churchgoing.

Go back nearly 40 years, however, and Dighton made the national news — and not for anything ordinary.

Up in the sky on the darkened plains, they saw them. Lights. Crazy moving lights. Lights that chased vehicles. Lights that could hover low or move in directions no ordinary aircraft could.

It’s been nearly four decades since the UFO sightings that put Dighton on the national map, as well as much of Kansas.

“People were seeing them all across the state,” said Lane County farmer Vance Ehmke, who wrote about western Kansas’ surge of reports while interning at the Garden City Telegram that summer. “There was this rash of UFO sightings and an oasis of conversation.”

The year was 1972 and Kansas was a hotbed of UFO sightings. In fact, the state had the most sightings in the nation that year. The county seat town of Dighton was the center of it all.

Kansas activity that year started in the spring of 1972 in Dighton, where a red-orange and white light would hover until an investigating patrol car approached, then would move away.

Then-Chief of Police M.R. Shelton said he chased it at speeds of up to 100 miles an hour but never caught it. He said it would run parallel to his car, or slightly ahead of it.

Shelton also said the UFO would remain stationary until an investigating officer would radio another car about it. It then began to move away.

“We didn’t think much about it at first,” Shelton said in July 1972. “We thought it might be the military taking infrared pictures or checking out a feedlot.”

However, according to the news reports, Forbes Air Force Base at Topeka and McConnell at Wichita both reported they did not have any low-level flights or planes that took infrared photos while hovering.

Other Lane County residents began seeing the lights, sometimes red-orange, sometimes white. Now living in Omaha, Pam Krehbiel Schnuelle said she doesn’t talk about her incident much with friends and relatives. She was only 18 when she and a friend were driving home from a baseball game in Scott City to the Krehbiel farm near Amy in Lane County. Around 10 p.m., they saw a bright star in the northeast.

“It began to move around, and we thought, ‘Huh.’ Then it moved around quickly and sporadically, and we knew it was something different than we had ever seen.”

It would get dimmer, then brighter, she said. Then it came right at their vehicle, getting within 100 yards of the car.

“It was bright enough to take up the whole windshield,” she said. “It wasn’t just a little ball.”

The object quickly zoomed away and disappeared, then reappeared in the east. The two could barely climb out of the vehicle when they got to the farm because they were so scared. Schnuelle recalls not wanting her friend to drive on east to Dighton.

“We knew it was something out of the ordinary,” she said. “It couldn’t have been a plane, a helicopter or anything like that, except, you don’t know what it was.”

Her brother saw the strange lights several times while baling hay late into the night during the summer. Around the same time of her sighting that spring, her father discovered a crop circle burned into his green wheat. The News reported it was 20 feet in diameter.

She still remembers the smell — an odd smell that didn’t smell of burned wheat. She hasn’t smelled it since.

Schnuelle also still remembers the look on her father’s face when he discovered it.

“My dad, we’re religious people,” she said. “The only thing we did was go to church, the rodeo during summer — just good people. For my dad, it was hard. It was very hard to imagine.”

All the hype around the county was enough to warrant national attention. According to a July 1972 story in The News, UFO experts came to investigate. Two Wichita disc jockeys had a vigil on top of the grain elevator for aliens. Moreover, the National Enquirer, which did its own story and interview with Schnuelle, offered $50,000 to anyone proving the strange lights were actually from another planet.

Across Kansas, more than 40 sightings were reported in 1972, according to the website Ufodna.com. Dighton had the most. A few include:

—March 1972: Story in The News reported that Johnnie Beer, Larned High School junior, “played hide-and-go-seek with a bright light on his way to the Beers farmstead about 9 p.m. one night.” He couldn’t shake the light, which preceded his car all the way home. The family found evidence of the alleged visit the next morning when two wires of the corral looked like they had been cut and twisted up in a pile and several of the milk cows had singed spots on their backs.

—July 1972: An object was sighted by multiple independent witnesses near Minneapolis that had an appearance and aerobatic performance beyond the capability of known earthly aircraft.

—August 1972: A luminous, bowl-shaped object hovered near the ground at Colby. Blinding white light illuminated the terrain, then, with a whooshing noise, it shot straight up.

—The best evidence was in November 1971 in Delphos. Teenager Ronnie Johnson was tending the family’s sheep when he came upon a mushroom-shaped UFO appearing in the night sky. Johnson reported the object hovered about 75 feet from him, just above the ground on his parents’ farm. The object eventually flew skyward and left him with headaches and nightmares. Johnson’s parents got a glimpse of the unusual craft, which was then as big as a full moon before disappearing from view. The family found a glowing ring on the ground where the alleged ship had been. There was also glowing material on some of the trees nearby. When they returned to the sight the next day, the ring was still there.

Scientists claimed it was a fungus. However, others in town saw the strange light as well, filing reports with the sheriff’s department.

But why so many sightings in Kansas and the United States during the 1970s? Dirk Vander Ploeg, publisher of UFOdigest.com, said more people might have come forward after other well-respected community members told their story.

Moreover, he said, many have had some sort of experience.

However, Ploeg says he believes only 1 percent can be considered as a potential outer space sighting, “if there is such a thing.”

“I believe most of the vehicles are experimental U.S. aircraft,” he said.

For instance, he said Stealth technology was developed in the 1970s — aircraft that didn’t see public use for another couple of decades.

“Whatever it was, it was big and had a lot of light,” Schnuelle said. “I know it sounds off the wall, and it hasn’t happened since. It was only a one-time thing.”

Amy Bickel is a reporter for www.hutchnews.com.

Most recent posts by Amy Bickel

All posts by Amy Bickel