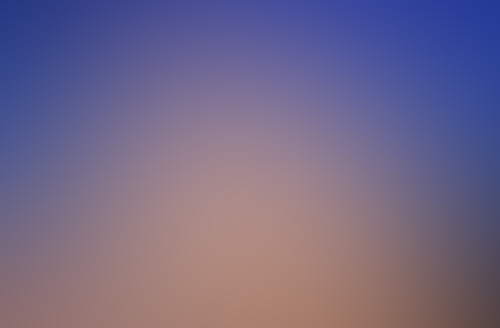 The ancient Egyptians were very aware of the Cosmic Cycles and their many temples and structures of higher learning, healing, and initiation heavily reflects this knowledge. Egyptian architecture is renowned for it use of art, symbols, and geometry to communicate a time in which humans were deeply rooted and conscious to the cosmos. Due to the unique enlightenment possible from a visit to these ancient sites, spiritual pilgrimages to the temples of Egypt are renowned the world over. What’s more, the Nile River is the lifeline of the country and often-described gateway to Africa, making for the perfect access point to comfortably travel from one temple to the ancient gods to another. For the spiritual journey of a lifetime, there’s no better place to unlock the mysteries of the ancient world than along the shores of the Nile.

Because Egypt happens to be where two of the world’s most inhabitable deserts meet, nearly eighty million Egyptians live on the 5% of the countries land that banks the Nile River, cementing that the best way to see the region is by boat. Unlike many popular cruise options, a cruise along the Nile River is unique in its historical legacy. Perhaps the only river in the world matched in cruisability, scale, and popularlity to the powerful Danube, a weeklong tour along the Nile boasts not only the beautiful sites often accompanied by a cruise holiday suitable for the entire family, but also includes some of the most sacred historical sites in the world.

While there are a wide variety of cruise options available, typical routes run from Aswan to Luxor, with many including options for side trips to Cairo. For optimal access to the spiritual power of the mystical temples, gates, and sites to be visited, many tours today include Egyptologists, spiritual guides, and even meditation coaches to ensure you access the ancient sites as they were meant to be. Even the size of the cruise can be tailored to suit your individual needs – from large, luxury cruise boats, to the tiny, traditional 12-person ‘dahabiya’, the Nile region is fully equipped to ensure a remarkable and unforgettable cruse holiday.

The 125-kilometer stretch between the traditional cruise routes of Aswan and Luxor are home to pharaonic Egypt’s most important and sacred sites. Beginning in Aswan, the “Jewel of the Nile”, the beautiful temple of Isis at Philae immediately jumpstarts a journey into ancient Egyptian mysticism as it is also the birthplace of the ancient Goddess of Mystery.

Going north from Aswan, Kom Ombo, the cult center to Sobek, the crocodile god of fertility, is the first landfall after a beautiful two days afloat. The temple of Kom Ombo thrusts itself directly onto the banks of the Nile, where crocodile once were freely permitted to bask and feed. Ancient Kom Ombo was also a medical hub of the region, where cosmetic corrections, dentistry, and brain surgeries were all performed well before their time.

The next landfall is Edfu, which houses the most intact ancient temple in Egypt, the Temple of Horus. The temple is largely considered the best preserved due to it being built in the post-pharaoh time period (from 237 to 57 BC), the temple is also one of the last great cult temples to be erected within the region. Just north, located between Giza and Saqqara, lies the energy fields of the sun temples of Abu Ghurob, one of the most revered sites in the world built for the Heliopolitan sun gods who were thought to control much of the power of the world in the time of the ancient Egyptians.

Finally making port in Luxor, the great Valley of the Kings is at last unveiled. Descending the steep passage carved into the rock, the great burial chambers of ancient kings and pharaohs are on full display for exploring how the ancients understood the bridge in consciousness from the living through to the world of the dead. Perhaps the most famous is that of the mysterious and possibly murdered King Tut, who was only returned to his tomb in 2007.