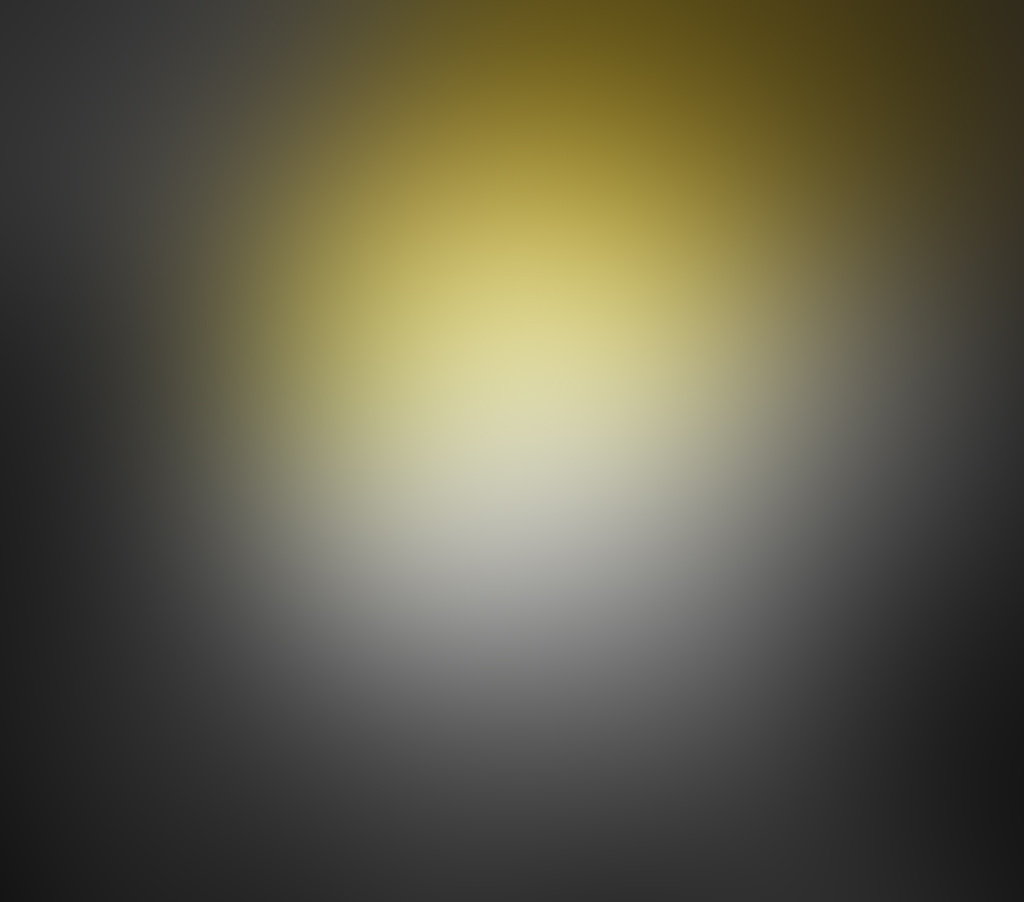 In all of these cases, the presence of “Aliens”, catalogued as dependent upon, equal to or superior to humans, always takes place with a process of humanization, to the extent that the aberrant ethnography brought about by a variety of alien figure, turns in to a true and correct reservoir of typically human symbols and characters.

This paper seeks to establish the typical elements of the “hero’s journey” for the “hero” indicated by Joseph Campbell (1992) that may be present in the humanoid encounter of the Ituzaingó CE-3 (1985).

Facts on the Ituzaingó Case. On August 25, 1985, the El Litoral newspaper of Corrientes (Argentina) published an article by journalist Norma Massa (deceased), who at the time was in charge of the wire service of the Ituzaingó newspaper. The article bore the title Después de los OVNI (Agencia, 1985) and reported a close encounter of the third kind = CE3 (Hynek, 1979: 37-38) experienced by an unidentified couple near that city, which is the seat of the Department of Ituzaingó (Corrientes-Argentina) on the morning of 24 August 1985 between 01:00 and 02:45 hours:

1. Circumstances under which the case is made known to the reporter. According to Massa: “A couple arrived yesterday morning, traveling on their way to Posadas in their car along Route 12 to Corrientes (they are natives of the provincial seat). We refused to open our door to them at such an early hour, fearing we might become victims of a criminal act. But the man through his identification documents through the jalousies – professional ID and vehicle registration – stating that his wife needed attention and that they wanted to make their situation known to El Litoral. After letting them in, we exchanged introductions and in fact, the woman was in a sorry state, in the grip of a nervous breakdown, and we asked her to lie down, providing the assistance that these cases required. This enabled her to recover sufficiently to participate in the dialogue we had with her husband. He has asked us to keep his identity confidential due to the reasons mentioned earlier [“The protagonists came to us in a state of shock, desirous of concealing their identity from public opinion to avoid becoming the target of pranks by friends, relatives or neighbors, or being harassed by the press. One can believe that something really took place.”]

2. The CE-3 Begins:
“[The husband] said he was driving at a cruising speed of 100 km per hour, concerned about stray animals found along the road. He added that having passed the Ituzaingó exit, he noticed lights of different colors in transparent tones – pink and slightly yellow – in the distance. While these colors are not customary in trucks, he thought it might be one. He slowed down, and as he approached, one light became more intense, prompting him to stop. His wife urged him keep driving, but he adds that the he could not do so, as he was unable to see the road or the shoulder, and then the vehicle was left in shadow.”
Description of the object: “Nor was he able to describe the vehicle due to the darkness, or due to the brightness of the light.”

3. Progress of the CE-3. The sequence of the story is continued here, with the provision that point 5 precedes 4 in this case:

1) Description of the humanoid: “a man approached them.” The “man”, according to our visitor, was dressed in a dark outfit, but he was unable to say if it was a one-piece outfit or another, given the darkness and the lack of lights, but he noticed that a sort of accessory, similar to the vestments worn by some priests, surrounded his neck and chest, in a light color. His head was bare and his hair was average, neither long nor short. The alleged extraterrestrials features were beautiful [“Astonished, the couple beheld a man with perfect human features.”] with large and pleasant eyes, a kindly gaze and a normal voice, albeit very deep. When the humanoid rested his hand upon that of the car driver, “our fellow provincial was able to tell that its temperature was identical to that of any individual.”
2) Content of the communication: “He told them: Do not be frightened! Feel no fear! We are not from Earth…! [Language: “Spoke a fluid Castilian more proper of an Argentinean national than any other citizen of Latin America or Spain. “They were startled by the normality of his speech and its similarity to our own, which goes to show – she said – that there are evidently other worlds, that they have studied us very much, even in our own language.”]. As the wife was weeping and cuddled up to her husband, the man pointed at her and said: Don’t be afraid, woman, we are not doing anything bad, we want to know you. When the car driver asked him to let them go, the extraterrestrial asked him not to go, bidding him to listen to what he had to say.” [“The woman told us that she could not control her fear, since at first she thought they were robbers and had already had an unpleasant experience during a previous road trip.”]

3) Origin of the humanoid: “Our visitor, making a strong impression, amid the loneliness of the location, heard the alleged alien tell him: We belong to MAIT, another world in another space, like Earth. We are men and women, but we do not have this civilization. We have come to meet you. Tell everyone not to be afraid.”

4) Description of the place of origin: “Our interviewee recalls that the man told him that there was no transportation other than air travel on his world, and that they had a sun and a moon, stars, wind, rain, heat and cold.”

5) Physical contact: “At a given moment, the visitor placed his hand on the driver’s hand with an evident physical desire to touch him.”

6) Non-hostile behavior by the humanoid: “He also stated that he did not wanted them to be afraid, because they were not enemies, that there were many people in the world who were aware of their existence, but who said nothing, and they did not know why. He later affectionately addressed the driver’s wife, trying to calm her down, asking her to please tell everyone that they were good.” [“…stating that many things escaped their awareness during the event, due to the fear experienced, stating that they never thought it was possible to feel so much fear and astonishment, as in the situation they had lived through.”]

“During the final segments of the extraordinary interview, the alien asked our interviewee to give him something to take back to MAIT, and the man reached for a bottle of perfume that he kept in the glove compartment, a toothbrush in its case, and a soap box with a bar of soap. These were given to the “extraterrestrial”, along with a pack of sweet cookies that were on the dashboard, as well as a one Austral banknote, tell the humanoid what each of these things was for. Before saying farewell, the “extraterrestrial” asked him not to start the car until they had departed. Smiling, he headed back to the “UFO” where other beings awaited him. One of the lights became blindingly bright, and the light rose into the air, vanishing into the horizon.” [Researcher Oscar Raul Mendoza reminds us: “In many close encounter cases, the ufonauts advise the experiences not to touch the craft and to step aside from it after liftoff.” (Mendoza, 1993:56)- “Our interviewee does not remember how long the experience lasted, but stated that they had left Posadas around 1 in the morning.”]

5. Events following the CE-3:
“With his wife in a grip of a nervous breakdown, our visitor reminded us that he had always read news from our wire service in El Littoral, and was well aware of who was in charge of it, having read articles by the undersigned. He headed toward us, reaching our home at 2:45 in the morning on Saturday.”

After the exposition, Massa states:

“We allowed the woman the rest and went with the husband to the place where the encounter took place, where we saw nothing, returning there yesterday morning without finding any traces whatsoever. With the dawn of a new day, and after having engaged in an extended chat with the couple, allowing us to ascertain their seriousness, they took off on their way back to Corrientes.”

The reasons given by the witness for making the journalist aware of the incident are particularly interesting: “A single circumstance,” he said, “moves me to make this statement, and it’s that this man (the “alien”) asked me to tell everyone we know not to feel fear and that they are good creatures. I am doing this, because if all this contributes to clarifying the alien mystery, we will have made a contribution to the Humanity to which we all form part. If all of this turns out to be a fantasy made up by the Americans or the Russians, who have highly sophisticated and fast spacecraft, we will have wasted our time, but I am personally sure that I spoke with a being from another world, an kindly being, sweet at times, concerned about us, who was perhaps only accomplishing a mission of contacting the Earth and Humankind, and while I must acknowledge that I felt fear, it will be among the loveliest and most fascinating memories I’ve had, and I hope it happens to me again, because then I will get out of the car, exchange opinions and ask questions, which I didn’t do now – ask questions, due to the powerful shock I felt.”

The Ituzaingó Case (1985) Questioned. The case has been called into question by Roberto Banchs, among other reasons, due to the non-disclosure of the protagonist’s identities [“he asked us to keep their identities confidential — “The seriousness of El Litoral allows me to speak publicly about all this, and if I am concealing my name it is for good reason, such as a fear of mockery or pranks. Think, Madam, that in a time when students mock their professors and even their parents, what would become of my life among neighbors and co-workers, with people who lost the concept of respect a long time ago.” – and only their ages are provided [“He is 41 and she is 36”] and their place of residence [“Corrientes (they are natives of the provincial seat)”].