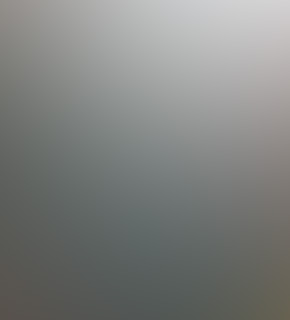 The Uruguayan Air Force is currently analyzing an image depicting a strange object in the sky during the welcoming ceremony for the Uruguayan soccer team on Tuesday, July 13. The photo was taken on Avenida Libertador.

“Since the bus that carried the players was passing by my workplace, I went out for a few minutes to welcome them and take a few photos. I took some photos of them and before leaving, I took a few panoramic shots of Avenida Libertador, because it was truly impressive to see so many people in one place, celebrating. At night, when I downloaded them to my computer, I saw that there was a strange dot in the sky in one photo. When I enhanced it, I saw that the dot was semicircular in shape and had several orbs underneath it,” the author of these images to EL PAIS, preferring not to disclose their name.

The Air Force, through the Comisión Receptora e Investigadora de Denuncias de Objetos Voladores No Identificados (CRIDOVNI) received the image yesterday for analysis and to determine whether the “spot” may be an actual UFO.

Coronel Arial Sanchez, the Comission’s director, told El Pais that no anomalies were recorded on July 13 in the national airspace, which was “very controlled” due to the fact that jet fighters belonging to the Air Force participated in the Uruguayan soccer team’s festivities. In any event, Sanchez says that a scientific investigation will be carried out with Air Force professionals and that the endeavor will yield precise data on the provenance of said object.

“We have never dismissed the extraterrestrial hypothesis, but we also know that they could be physical particles or luminous manifestations,” acknowledges the colonel.

The Air Force analyzes an average of four photos per month, showing strange objects. At least three monthly reports are received from people who claim having seen a UFO. “There are some images that do not merit an analysis, because information is missing or because an insect or bird is readily seen in the photo. The photo or video is not a determining factor in any case, rather, simply a contribution, as there currently exists the potential to make hoaxes.” CRIDOVNI has analyzed 2100 cases in the past thirty years, and no explanation was found for 40 of them. “We have found truly strange objects, especially those reported by pilots or observers.”