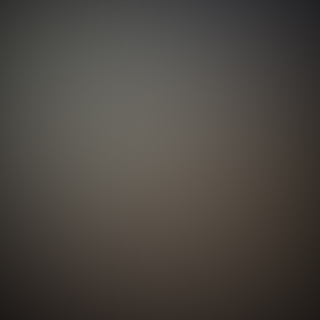 Spain: Two Giants Inside a Sphere (1987)
By Pedro M. Fernandez

Information published in the HOY regional newspaper on 19 July 1987

At the location known as “Cicaratón” in the vicinity of the “Moreno” farm which is two kilometers distant from our own community, three local residents whose initials are AGP, JTN and ADD, all of them citizens of acknowledged reputation and without any kind of criminal past, offered an insistent and detailed account of their sighting of a UFO in the aforesaid location.

Their experience goes as follows: “On the day in question and around two o’clock in the morning the three men were in the Cicaratón region for unknown reasons. After one of them remarked that the night was overcast, they saw an intense, shining, rounded and roughly Moon-sized object in the sky, which caused them even more wonder as they noticed it became larger, approaching them quickly. In a matter of seconds they were faced with a large, glowing object that emitted a slight buzzing sound, measuring approximately 15 meters in diameter and whose sheen lit the surroundings, making them visible. This allowed them to see that it was hanging in the air without any support, metallic struts or anything at all.

Faced with this strange situation, they chose to vacate the area in a hurry. This option became even more pressing when they saw two large human figures outside the object, without having ever noticed any opening or hatch in the object. Both figures were headed for the three men, who broke into a run toward the place where they had parked their car. In their frantic retreat, the three local residents could see the two shapes following them slowly but deliberately. After a few minutes of being chased, the three men chose to hide in the bushes of a nearby stream and avoid detection. A few minutes of strange noises ensued, after which an intense, whistling buzzing became audible and the object vanished into the sky. The sound remained audible while the object was in sight.

Information Pertaining to the Case

Vicinity of the “Moreno” farm at the place known as “Cicaratón”. This area is located three kilometers south of Higuera de la Serena, belonging to the La Serena region. It is a predominantly agricultural region. The scene of the events is a plantation occupied predominantly by grape and olive groves.
The Guadamez River runs four kilometers from the site. In this vicinity, a hundred meters from where the witnesses stood, there is also a stream, whose bushes offered cover to the witnesses as they sought protection.
There are no facilities of any sort, except for a TV repeater tower located some two hundred meters behind their position at the time of the events.

The night was clear but dark, with no visible moonlight. Temperature was pleasant, between 15 and 18 centigrade, with no obstacles to visibility. Despite the darkness, they state that the stars were visible. It should be noted that the men have normal vision without any handicaps.

Alejandro González, 34, works at a bar owned by his family. Adolfo Jose Davila, 16, also works at a bar owned by his family. Jacinto Tamayo, 34, is a laborer and sometimes works at a bar owned by the family of the first witness mentioned.
We were able to ascertain that these are men of acknowledged good reputation in their community and not prone to stories of this sort or anything similar.
The report provided to me regarding the background of the men by Victor Sierra, a researcher and good friend, should also be noted. Sierra is a member of the Guardia Civil and stationed at the time at Zalamea de la Serena, not far from where the events occurred, is in charge of matters pertaining to several towns in the region, among them the one where the witnesses live.

A phone call to my late friend, researcher Victor Sierra of the Guardia Civil, opened the doors to researching the case. Upon hours of learning of this event, I found myself standing in front of the Zalamea de la Serena station, where Victor was serving. We quickly headed toward the locality in question. We went into the bar owned by one of them, where the men were waiting, as Victor had informed them of my arrival. After an interesting chat, we headed for the place where the observation took place, and they described their encounter with the unknown in detail.

The witnesses were at the scene of the events between 1:30 and 2:30 in the morning on Friday, 26 June 1987 when Alejo González became aware of “the thing” – a strange light in the sky. It had the size of a full moon and an intense yellow glow. Faced with this unusual presence, they felt fear and remarked that the most prudent thing to do would be to leave it all behind and go home. But they didn’t have time. Within seconds, as if the light had guessed their intentions, the strange light came upon them. Its speed of descent – according to their story – was much greater in comparison with that of an airliner. It descended until it remained suspended over the olive trees, some four meters over the ground and twenty to twenty five meters away from where they stood.

Description of the Object

It was a spherical light, yellow in color and emitting a yellowish glow like that of the sun, with a less intense glow and a more intense yellow color. Its approximate size was 15 meters in diameter, equivalent to a 2000 cubic meter sphere. The objects edges were poorly defined, but in spite of this and the light it emitted, it appeared to be a solid object. It remained motionless for the time it hung over the olive trees. No portholes or doors were evident, nor any other structural details. The surface was smooth. It made a slight buzzing sound similar to the whistling of a jet aircraft. This sound was present throughout the duration of the observation and was somewhat more intense during the period in which it was closer to the witnesses, except for the moments prior to its departure and disappearance, when a sharp whistling sound was heard.

The object – which the witnesses stress had no windows, hatches or any other structural detail – gave them the impression of being a solid, self-luminous object that lit the surrounding area. Its intensity was constant, with a logical increase and decrease as it was closer or farther away from them.

The object followed a straight-line trajectory, although it followed a tilted path during its descent and ascent.
The object was at a 55 degree inclination with regard to the witnesses.
It appeared from south to west, following the same trajectory when disappearing but in reverse, that is to say, from west to south. It took few seconds before it disappeared completely. Its speed was greater in comparison with that of a jet airliner.

Manifestation of the Beings Associated with the UFO

The witnesses were observing the object when suddenly, and not knowing how (having mentioned that neither hatches nor windows were visible), two human-like beings emerged from within the object. These beings, after observing each other mutually for some time, began walking toward them. Gripped by fear, the witnesses broke into a run, noticing that the beings were following them.

Description of the Beings

Both beings were human-looking, with a height of approximately two and a half meters. The witnesses were unable to make out anatomical details such as skin color, eye shape and size, etc. although the noticed that the size of their heads, arms and legs were in proportion to the rest of the body.

They were unable to noticed the shape and color of the clothing worn by the beings, although they say that at some point they noticed what appeared to be green outfits, but cannot say for sure, as the intense light kept them from noticing any details with clarity. It should be noted that the beings were always enveloped in that luminosity, even when moving away from the sphere.

The witnesses were unable to see if the creatures carried any sort of object or if they made any sounds. They were able to notice, however, they way in which they walked. They did so in huge, slow strides. The entities set off after the humans, but were unable to reach them. The minimum distance that the witnesses came closest to the creatures was between 25 and 30 meters, practically the same distance as the object.

In their flight, the witnesses managed to find a stream about a hundred meters from the scene of the events. They nervously hid behind the bushes until they heard a sharp whistling sound and managed to see the light flying away until it disappeared. At that point, they headed for the car they had parked in the vicinity and returned to Higuera, where fear of ridicule kept them from retelling the story until nearly a week following its occurrence. The observation had a total duration of between 5 to 6 minutes.

The witnesses accompanied Victor and me to the scene of the events. Both of us combed the area in search of any traces that would prove the presence of the light and the entities.

It should be noted that the witnesses did not feel any physical effects from the phenomenon before, during or after the sighting, except for nervousness and fear arising from an experience of this sort. Nor did their car suffer any effects: although it was parked throughout the sighting event, it started up normally. Neither the witnesses nor their vehicle displayed any strange symptoms in subsequent days.