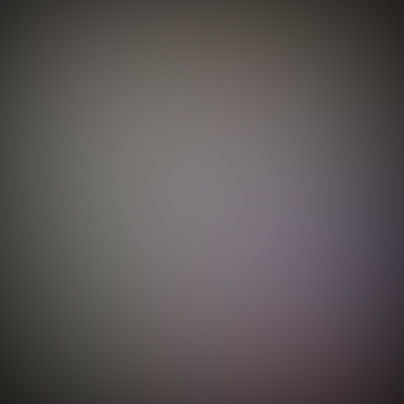 Within the framework of encounters with unknown entities recorded within the Province of Corrientes, some of which have been investigated by Ufology as close encounters of the third kind, we find some which are of interest to the researcher without being directly related to the UFO phenomenon. This is the case with the Paso Lovera incident (San Luis del Palmar – Corrientes), an event with an elevated quotient of high strangeness and which would not be considered, in of itself, within the case histories of ufology, had it not been that the events occurred in an area that has been surveyed before and after the incident within the local case histories. We shall briefly explain this later on.

Toward the second half of January 2002, on a Sunday night, we were doing a radio show on the subject of UFOs with journalist Francisco Villagrán. We had been on air for two seasons at the time, and our broadcast enjoyed a measure of popularity. It was during the show that we received a call from photojournalist Omar Vallejos, who frequently remarked on new UFO events from the interior of the province. Within the customary accounts involving strange lights – very common near the Route 5 area – there was one that became the center of attention that evening.

“We have here some girls who had a creature appear before them…standing over three meters tall,” he told us. We exchanged startled looks at the station, as it was the first time we’d heard anything like it, at least in our area, even for Villagrán, who had several decades of experience in the subject under his belt. So the communication ended with two stunned researchers arranging a visit with our correspondent so we could learn more details about this one-of-a-kind event.

We adjusted details mid-week and set off the following Saturday toward San Luis del Palmar, some 25 kilometers distant from the city of Corrientes. The travelers included Eduardo Lopez, of the Federación Corrientina de Ovnilogia, Francisco Villagrán and this author, who at the time was also a member of the aforementioned group.

Our first stop was in the town of San Luis, where we collected Omar Vallejos and his wife, who would act as our contact with the female protagonists of the case. We took the road again, following a long dirt trail that eventually led us to the young ladies’ place of residence. Along a side-street of the trail we found a typical rural house surrounded with trees, where we first spoke with their father. After a brief introduction, we were finally able to speak to the witnesses.

Gabriela Lencinas, age 15 at the time, was the first witness we interviewed. She told us that every weekend it was their custom to visit the town some 8 kilometers distant from their farm. That Saturday, January 12, as they headed back around 20:00 hours, they were able to see – in their own words – how “something like a cloud formed in their path, and a gigantic image appeared.” Before this, they said, a car used as a taxicab had passed them, and it too had stopped upon seeing the phenomenon. When asked about what happened to the driver, she said: “We saw him get out, see it, then get back into his vehicle and take off quickly.”

At the time, the girls were a little more than 10 meters distant from the apparition, but even then Gabriela was unable to be more specific or provide details about the sighting. She only said that “its shape was visible.”

After this, the figure began to rise and vanish, and the car drove directly under it, after which the girls proceeded forward. When asked if it seemed like something solid or vaporous, and if they managed to see its features, she told us that it was “real”, highlighting that it had frizzy, “sharp” hair, and at the moment of its manifestation, the apparition seemed to approach them with open hands “as though trying to scare us.” They were little more than 2 kilometers from their home, and upon arriving, they told their parents what happened, and subsequently told friends who remarked about sightings of strange lights in the area.

Later – and always separately – we interviewed the second witness, Griselda Olivera, 19. She was much more consistent in her story and gave us much more interesting details. She said that as they came down the road, they saw something dark that swiftly turned into a figure resembling “a giant ape” with “unruly” hair. At that moment she asked her companion if she was seeing the same thing, to which she replied in the affirmative. She also mentioned the fact that the driver got out of his car to look at the figure before taking off in a hurry, after which they were able to see [the figure] turn into “black smoke rising into the air.” When asked about the being’s aspect, she coincided in the description of “longish, unruly hair” and “full of static”. However, she was unable to make out the presence of eyes or a nose. According to her, its arms were outstretched, and when asked about its hands and whether it wore any gloves, she replied that its fingers were visible, but not its feet, which she was unable to see. As to her feelings at the time, she was somewhat frightened, and when asked about the height of what she had seen, using a mango tree (5 meters tall) as reference, she replied in the negative, pointing instead to a eucalyptus tree standing 10 meters tall).