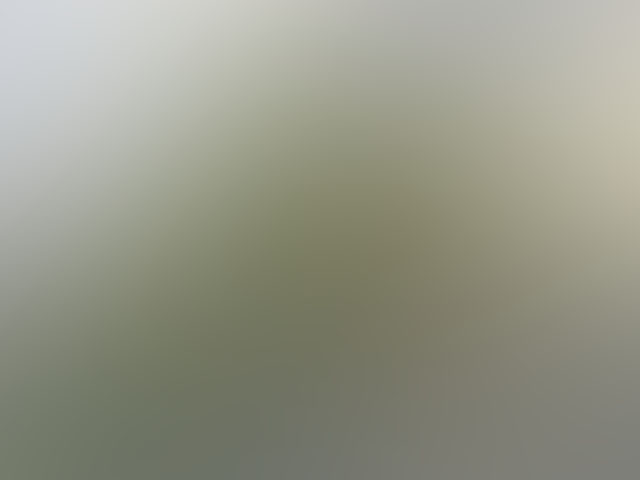 The most reliable sources at the moment regarding the presence of the UFO phenomenon on the island is the information provided over thirty years ago by a unique character: Ignacio Valdes Jaña. The information gathered by this Chilean military man has remained in private files for a very long time, as the inquisitive soldier was “unable to convey his concerns to the Chilean military, since they involved the slippery subject of UFOs.” Who, then, was Ignacio Valdés Jaña?

Don Ignacio was a career military officer. He arrived on Easter Island as a Staff Sergeant, radiotelegraph operator, in the year 1953. He was assigned to the initial construction work at Mataveri Airport on Easter. In those early days he was forced to perform all manner of duties, although he also had knowledge of surface meteorology and nocturnal and diurnal weather balloon operations. Moreover, he had many years of experience in air traffic control. He retired as a Chief Warrant Officer in the Chilean Air Force (FACH) and died in Santiago de Chile in 1992. It is precisely this officer, with highly perceptive skills, who reported a series of anomalous incidents that have not been made known in this country until today. Thanks to chance, this officer’s information reached this author’s hands, and after ascertaining his statements and writings, were made known in Spain, since the according to Valdés, “no one had paid the slightest attention to his sightings, neither the military nor Chilean ufologists contacted in the year 1987.”

Superstition is latent among residents of Easter Island. Venturing to certain locations at night could lead to an encounter with an aku-aku.

One night, Ignacio Valdés Jaña, accompanied by Juan Anakena (who would go on to become an authority on the island) ventured into the sector known as Maunga Pui, as wild horses were destroying the few crops grown on the island. The all-terrain vehicle made its way along a dusty road when a powerful light became visible some 500 meters ahead on the road they traveled. It approached swiftly, and when it came within 100 meters of the vehicle, both men could see that the intense light was in the air, two meters over the ground. Ignacio and Juan reacted differently. While Ignacio tried to remain calm, Juan immediately yelled that the aku-aku had come for them.

Juan escaped, running in the opposite direction down the highway. Ignacio backed away on foot, since it was impossible to get the vehicle in motion. The light hovered over the vehicle and Ignacio, the sole witness at this moment, saw how the all-terrain vehicle was lifted several meters above the ground, abruptly falling back when the light made a sharp turn, vanishing toward the Rano Aroi volcano.

This eyewitness account, confirmed by the protagonists themselves, leads us to think that the case histories on Easter Island are similar to those elsewhere, even more so, confirmed by the sightings made by Ignacio Valdés during his stay on the island. From that moment on, the military man engaged in a relentless quest for answers, frustrated more than once by his superiors, to whom the subject of UFOs is taboo and a cause for derision.

In the documentation provided in his own handwriting, the description of a sighting made on 13 February 1988 between 0230 and 0245 in the morning, facing the Rano Raraku volcano, involving six perfectly reliable witnesses, there is a frank discussion of a large moon, or enormous light, changing shapes and putting forth other moonlets from its interior, counting a total of twenty lesser lights. These traveled alongside the large moon or luminous disk. The meteorological analysis, wind conditions and geographical situation of the sighting make it hard to believe it could have been an atmospheric phenomenon, due to its complexity.

Ignacio Valdés J., counseled by a civilian meteorologist, Neftali Pallero Rojo, was able to analyze the most common atmospheric phenomena occurring in the skies over Easter in order to make a comparative study of the anomalous events recorded on a day-to-day basis during the several years he remained on the island. Sightings in the skies of Easter Island occurred not only at night but day as well, which begin to yield interesting results. An average of nearly ten monthly sightings of unusual cloud movement is recorded. These clouds acted as screens to cover the glow issued by certain discs that spun noiselessly on their own axes. On other occasions, these cloud movements were accompanied by loud thundering sounds – completely unusual under completely clear skies, and with no cloud types that would justify the approach of a storm.

Information on the customary cloud types that cover Easter Island is obtained during these sightings. Astronomical, aeronautical, meteorological analyses are made of certain anomalous events in the sky. The discovery that these “special conditions” in the skies of Easter Island have accompanied their inhabitants since antiquity appear in valuable comments by the natives (who see these events from a completely different perspective from our “civilized” analyses), who are familiar with them.

Certainly, if we look to the past, we would see that many events on this island have their explanation in contemporary anthropological studies. But many explanations are still pending, especially when it comes to their truncated history. Relying on the theory of the Polynesian origin of the Easter Islanders is comforting, but their ideographs (rongo-rongo) have still not been properly interpreted despite that every so often a scientist will claim to have uncovered their true meaning. An actual fact is that in 1953, when this Chilean soldier made his observations, he would have surely been considered insane if he had elevated them to his superiors or to the press. In our times, such “eccentricity” would go unnoticed, but we can console ourselves with knowing that despite the intervening years, his interest has become public knowledge, and his curiosity may yet bear fruit someday.

In late September 1954, the Chilean military man gave us a detailed description of another sighting that we can describe as unpublished in all of the UFO case histories of Easter Island.

“We had had a completely clear day. After lunch, three “fractus” began to form at three different locations, forming something like the vertex of a right triangle, separate from each other by some 20 kilometers. In the afternoon, these three cloud formations grew in size extraordinarily. They gradually turned into “fair-weather cumulus” clouds…large cumulus clouds…powerful cumulus clouds…large, powerful cumulus clouds. I would go as far as to say extraordinarily large, powerful cumulus clouds.
“It wasn’t a normal meteorological landscape, but its abnormality wasn’t readily detectable. The corresponding weather observations were made hourly and nothing special was detected throughout the day, aside from the capricious location and development of the three clouds. Weather balloons did not perceive any alteration of upper atmospheric wind patterns. What then?

“Then, around seven in the evening, the enormous clouds began to travel slowly, very slowly, converging at a point located a kilometer west of the island, facing the grounds set aside for the future Mataveri Airport. They completed their movement more or less around ten o’clock, becoming stationary at the indicated point. It was a cloudless night, but not fully dark. Nothing else could be seen in the heavens aside from the clouds. Surface winds were “calm” – in other words, the electronic anemometer did not read any wind whatsoever.

“Juan, my islander companion, did not cease asking me why the clouds moved if there was no wind. That was the question, of course, but what disconcerted me the most was why they were converging toward a collision point?
The clouds completed their approximation around ten in the evening, unleashing a storm as had never been seen before or since on the island. The display was terrifying on account of the immeasurable electric power exchanged by the clouds.
If what has been stated thus far can be considered a highly strange experience, we have yet to mention the sighting that puzzled us the most. I cannot say how many minutes elapsed since the outbreak of the lightning storm, but suddenly one of those present noticed a light in the sky unrelated to the lightning bolts. We all turned to the indicated direction. A light having the apparent size of the full moon, yellowish white in color, could be seen near the clouds. It appeared to be motionless slightly higher than the base of the cumulus clouds, which was some 400 meters.

“The observation lasted a long time, as long as the storm persisted. We were able to see that it wasn’t just a light. Rather, it seemed to be an object that glowed with its own light, or reflected the light of the lightning bolts. Within the intense half hour of the storms, we had the sensation that the object and clouds had something in common. Moreover, when the storm suddenly ended, the object flew away majestically in the opposite direction.”

The sighting by the Chilean military man was analyzed from astronomical, aeronautical and meteorological perspectives by military personnel on the island at the time, without any satisfactory conclusion being reached. It went on to become part of Ignacio Valdés Jaña’s personal stock of anecdotes as the strangest and most inexplicable storm he ever saw on Easter Island.