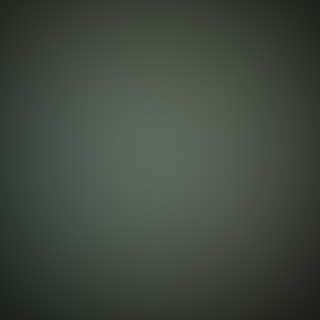 By Luciano Mazzoni
The First Encounter
Around 21:30 on Friday, 17 January of this year, seven (7) people were traveling in a Ford F100 pickup truck at a speed of some 40 kilometers an hour. Franco and Javier were in the payload of the vehicle with their two siblings. Their parents and grandmother were inside the cabin. They were returning from San Eduardo, Santa Fe, and in order to reach the field where they live it was necessary to traverse the 15 kilometer stretch that separated them from their destination.
Click here to enlarge top photo.
Amid the soybeans close to the barbed wire fence, about 2 kilometers before reaching their home, Franco, 15, and Javier, 13, noticed a exceedingly tall figure in a crouched position. When the entity noticed it had been spotted by the two boys, it took off running in the opposite direction, along the edge of the wire fence.
The IOVT team headed to the location to speak to the witnesses. We surveyed the sighting area and found no ground marks whatsoever or any other disarray of the natural environment.
The witnesses say that it was very slender and with a large head. Its back was some 20 centimeters wide and they saw it at a distance of about 15 meters. They were unable to observe any details, as it was a night of full moon and it was facing them head-on.
The Second Encounter
After 12:30 hours on Monday, January 20 of this year, Franco, 15, who was also a witness in the first case on Friday, went out to the back of his house to collect some basil leaves at his mother’s request. At that moment, he saw the humanoid at a distance of 150 meters, walking along the edge of the barbed wire separating the corn plantation from his backyard. Franco told us that it walked in a hunched manner and that he saw it sideways on. At no time did the entity notice him. Franco entered his house quickly and the entity was not seen again.
This is how Franco described this figure to us:
Head: large; Skin: pale grey; Eyes: couldn’t see; Mouth: couldn’t see; Ears: had none; Nose: had none; Build: very slight; Hands: very large; Fingers: he saw three fingers with a “marble” on the tip of each; Hair: none; Clothing: none.
The IOVT team visited the site but no prints were collected due to the irregularty of the terrain and the dry chaff from the previous harvest.
It should be noted that the family is very frightened and feeling unsafe as a result of these events.
[Translation (c) 2014 Scott Corrales, IHU. Special thanks to Luis Burgos, Fundación Argentina de Ovnilogía and Guillermo Gimenez, Planeta UFO]
Visit Scott’s website: THE JOURNAL OF THE INSTITUTE OF HISPANIC UFOLOGY (IHU)