UFODigest.com » Aliens and UFOs » A Paranormal Event in Linares, Spain 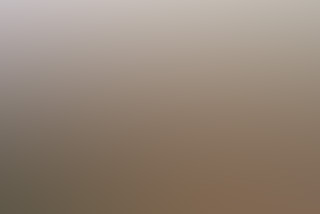 Miscellaneous: The witness contacted the researcher(s) in the year 2005, stating that he has been seeing shadows and people whom he believes to be dead for over 3 years. The case involves a well-to-do family with its own business. Phenomena commenced when they moved from Villacarrillo to Linares. Witness is writing a book on speleology with his father.

Notes: The person contacting us is ANTONIO PEREZ RUIZ, father of Antonio Perez, 22, who claims seeing shadows and people who he believes to be dead for over 3 years.

Given that he has a younger son, he preferred to discuss the matter from the family business he runs with his brother, and which is a carpentry establishment.

The family consists of the couple and three children. The father is a speleology enthusiast and has been the president of an association dedicated to this sport in Villacarrillo (Jaén), and is writing a book on the subject with his son.

His son, Antonio Perez, 22, studies technical mining engineering with a specialization in fuel and explosives. He is hoping to earn his degree this year (2005) and wants to pursue a further two years of study to obtain a higher degree.

As a result of his studies, the young man moved to Linares (Jaén) in 2002, living in housing occupied mainly by students. This building was constructed approximately around 1975 near a church, Santa María la Mayor, and a convent. The father believes that the construction took place over an ancient cemetery that could have belonged to the church or the convent, and the church was partially destroyed during the Spanish War of Independence. He also believes it played a role during certain episodes related to the Spanish Civil War.

According to the father, the young man began to see shadows in the house, but they are merely that: shadows. Over time, the shadows begin to speak, asking for help. Also over time, deceased individuals start joining the shadows, among them the young man’s grandfather, who died in late 2004.

The young man attended the grandfather’s burial with the rest of the family, but had to leave the cemetery, saying he was seeing dead people everywhere.

He stopped seeing the grandfather. The rest of the ghosts tell him he will no longer see him, as he is now elsewhere.

At the urging of a friend and his own girlfriend, a joint prayer session was held at the dwelling, and the phenomena diminished for a certain period of time.

The last episode that the father is aware of took place on Easter Sunday, 2005. They were driving on the highway with the young man and his girlfriend; he became anxious, saying he could see the dead everywhere.

One of the shadows, he believes, corresponds to a portrait that hangs on the walls of the convent church mentioned earlier.