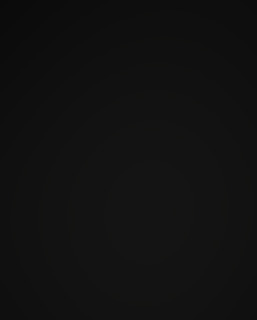 If you missed Part I click here: https://www.ufodigest.com/article/terrible-night-0830
They continued working and glancing at the light. The sooner they finished their job, the more time they would have to rest until it was time to perform the last inspection at 8 a.m. – but the light source grew closer and they began to feel concerned. “That looks like bad news,” remarked one of the men. Our witness sat on the water pipe and they continued trying to find a satisfactory explanation for the light. “It’s coming closer and it’s not a car or a plane. It’s higher than a car and a plane isn’t going to fly so low at this time of night.”
By now all of them were very serious. Another companion, further away, wondered: “Do you think it’s one of those flying saucers people are talking about?”
“He had to say it!” Mr. Fernández told us. “A flying saucer. That’s exactly what it is. Can’t you see it?”
The light drew closer, its glow blinding those who looked upon it. Our witness, not knowing anything about “flying saucers”, prostrated himself on the mud between the cotton rows. His companions followed suit.
And the object flew right over them, very close to the ground.
It is hard to provide a chronological account of everything the witness told us in the interview, since he mixed in events that were done at the start with those that occurred toward the middle and the end. His nervousness, and the five years that have gone by, have not allowed us to coordinate one detail with the next. However, we will endeavor to present his overall statements.
The sky was completely clear. Stars were visible and only a waning moon lit the area. The unusual object appeared from the northwest, passing over the witnesses and heading toward Las Pajanosas (northeast) and returning flying over the frightened laborers.
The UFO was shaped like an eye or an inverted plate. Seen at a certain distance, it was completely round underneath, something they were able to attest as it passed only few meters above the witnesses.
According to Mr. Fernández, when the object was above him, he WOULDN’T LOOK (emphasis in the original – SC) and therefore did not see some red light sources it appeared to have on its lower section – a detail visible to Mr. David González, who was buried in mud a short distance from Mr. Fernández.
When the object pulled away, the called out to Antonio Palomo, who was farther away, to see if something had befallen him (the UFO had been suspended in the air for a few minutes over by his position) but Palomo would not answer. He was also buried in mud and couldn’t hear a thing, a fact they were able to ascertain later by looking at him.
David Gonzalez, who was the boldest, would lift his head when the object was practically overhead, hoping to see occupants or portholes. Our witness advised him not to do it, “or they’ll tear your head off”. The others couldn’t hear a thing. They were lying on the ground, covered in mud and water.

Whenever the UFO pulled away, they would stand up, turn on their flashlights and resume their chores, as they wanted to complete their work on the sprinklers as soon as possible to go and rest. They continued their task until the object returned to fly over them again. This situation repeated itself 4 or 5 times, with the observation lasting a total of 20 minutes.
The witnesses noticed that every time the object pulled away and they got up off the ground, there was a sort of white fog left in the area which kept them from even seeing the stars. This fog would vanish shortly after, reappearing every time the object made the same maneuver.
No strange odors were detected in the area (the cotton was treated with pesticides), or any heat or changes in temperatures.
The witnesses were greatly concerned and frightened. The object made a loud noise, comparable to that of a jet engine, although more muffled. Its light was tremendous, illuminating the entire field, and David told himself at a given moment: “We should take advantage of that light to change over the remaining sprinkler lines.”
The UFO’s final pass was shockingly low. So much so that one of the witnesses thought it would crush another worker who was farther away. The cotton’s height was around 60 centimeters (23 inches) and the object brushed right over it.
When asked about its size, Mr. Fernández told us: “Its circumference was a big as a bullring. It was enormous. I can’t tell you exactly how it was, but it was very large.”
According to our own investigations, the UFO’s diameter was some 35 meters (115 feet) – endless, when it’s only inches from your head. The UFO stopped for a while over a nearby fence, where Antonio Palomo and another co-worker from Las Pajanosas did their chores. As it pulled away amid the glow, Mr. Fernández noticed that the object had a metallic aspect. It finally vanished without the witness having been able to specify the direction it took, as he was concealed amid the cotton and when he looked up, he didn’t see the object again. Aside from the fright, the witnesses experienced no side-effects worthy of note.
They subsequently returned to the country home, waking everyone up to tell them what happened. They had to bathe with their clothes on in a water tank in order to get rid of all the mud covering their bodies and clothing. The 7-worker team, in another part of the farm, did not notice anything abnormal.
“I worked there some five or six years,” remarked the witness, “and never again had a similar experience. If I saw something far away, it wouldn’t scare me, but I never want to see it that close again.”
Sometime later, when David Gonzalez returned home on his motorcycle after seeing his girlfriend, he had an experience with another large unidentified flying object that blocked the road, keeping him from proceeding his journey. He dropped the motorcycle on the side of the road and ran back to his girlfriend’s house, and it seems that she was also able to see the object departing at a distance. This case was referred to us by Mr. Antonio Fernandez Gonzalez (although it was already known to us) since he found out what happened to his co-worker on the same night the event transpired.
[Translation © 2013, Scott Corrales, IHU. Special thanks to José Manuel García Bautista]