Dr. Raul Rios Centeno is a UFO investigator based in Lima, Peru. His investigative efforts take him to the remote areas of his Andean homeland, where impoverished peasants still speak Quechua rather than Spanish and believe in a hodgepodge of pagan and Christian beliefs. Piura is a department of northern Peru, located approximately 873 kms NW of Lima. Its inhabitants are friendly and welcoming and are closely bound with their shamans and “curacas”.

There are regions such as Catacaos and Monsefu in which pagan rituals combine with Catholicism to the point of confusion. It is therefore not surprising that this should be the reason why many interested in the paranormal, or merely those who are devotees of faith healing, esoteric or the Taror should visit this Peruvian region if only for “a quick throw of the cards”.I had the opportunity, at my own request, to visit the area in order to treat the victims of the atmospheric phenomenon known as “El Niño”.

I feel that if anyone has any doubts that this land — in which the Moche or Mochica pre-Hispanic culture flourished — holds a special attraction, all they have to do is pay it a visit. They will not be disappointed. The following account is one of many which I have been able to gather. Many of those with whom I came into contact could not believe that a “man of science” like myself should have any interest in what they term “family stories.” The audiotapes I brought with me — a box of ten 90-minute tapes — were insufficient for the task, and I had to undertake the painful task of erasing some of my music tapes in order to record what villagers were telling me were inexplicably quotidian events. 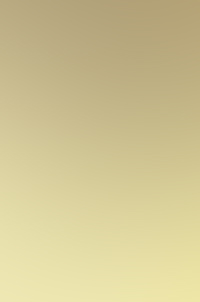 “I myself never believed in such things, doctor. Even now, I don’t know what to think.” These were the words with which don Modesto Salas, a Piuran farmer in the town of Catacaos, began his story. His small farm is located some 2 km SE of Catacaos. He lives off his crops and a few animals he raises. The region’s heat and its proximity to the Equator — only some 220 kms away — causes the well-known algarrobos trees, mangroves and banana plants to grow. Modesto has lived for almost ten years with Ms. Olva Vandilla, with whom he has three children: Manuel José, 9, Olga Luzmila, 7, and the missing Evelyn Rosario, who would have been five years old next April. Despite the strong customs which reign in the Peruvian localities in which the Catholic Church still preserves its predominance — although there are numerous sects and “new churches” which have attracted followers for reasons we shall not discuss here — Modesto and Olga never married. They don’t believe it necessary to sign a contract that they may someday find has expired. They prefer to live together “for no other reason, doctor.”

The approximately ten-acre farm has at its center the small house in which the family resides. The two eldest children were baptized as soon as they were born, in step with Catholic tradition, but when it came to Evelyn’s term, something unexpected happened: the local priest died. For this reason, a priest from the region of Flores, some 25 kms away, would come to Catacaos every Sunday for the Eucharist and confession.

“I went to talk to him, doctor. I asked, I begged, but the padrecito didn’t want to. He told me that all ceremonies had to be done in Flores. He even pointed out to me that a few couples wished to marry, and he had turned them down, saying he’d only been entrusted with the Sunday masses. A new padrecito would soon arrive, and he would be able [to do these things].”

“I wanted to baptize my Evelyn where she was born, because to baptize her in another place where I don’t know anyone, and where I have no friends, doesn’t seem right to me.” Time went by and the priest never showed up. Evelyn remained unbaptized. “My daughter grew up pretty. She was tall and had grey eyes. At first my friends laughed at me, saying that she wasn’t my daughter, and that Olga had certainly deceived me, because how could my daughter have grey eyes, when both me and my wife have brown eyes?”

According to Olga, Evelyn was the most rambunctious of all her children, although she was also the strangest. “There were times when she would sit on the ground and start talking, even shouting and laughing. Other times she’d climb up the tree and would begin talking alone. My wife told me this wasn’t normal and told me to take her to a doctor, because the girl was suddenly going insane!”

“The doctor referred me to a young lady who asked Evelyn to draw pictures — she showed her little figures. The young lady told me Evelyn was a the age in which kids have imaginary friends, and that it would stop once she went to school. Last June, Evelyn climbed onto one of the carob trees; Olga had seen her climbing up and down the carob tree for a number of days. The girl would stay up there for three hours at a time, talking alone.” “Evelyn told her mother that she had little friends her own size and that she was the only one that could see them. They would show her their toys and even offered her their food.”

When Modesto went to speak to the psychologist, he showed her Evelyn’s drawings. He told her that some children may see things, but that his girl had counted the three little figures and given them names. “She would tell me about her little friends, and told me that the food they fed her was transparent and sweet, like gelatin. There were times when she would stop playing with her brothers to climb up the blessed tree.” Unlike Olga, Modesto is a strong believer in the occult. On occasion he has consulted seers, sorcerers and shamans. The town shaman told him that when a child remains unbaptized it can communicated with beings from other dimensions, which we commonly know as fairies. Westerners speak of fairy treasures, but in this case Evelyn never discussed treasures, only the food and games and pranks they played. The shaman told Modesto the child must be baptized before they “conquered her.”

“He told me that he could baptize her, because otherwise she would be with the demons. God did not make fairies; they are envoys of the Evil One, and can often cause problems for the families to whom they appear.” When Olga learned that her husband wanted the shaman to baptize Evelyn, she retorted that the shaman wasn’t a priest, and that their daughter would only be baptized by a man of the cloth. “I made an agreement with the shaman to come to my house. I would send my wife to visit her mother, and since Evelyn was always up on the tree, I would make her stay.” The shaman reached Modesto’s home where, according to him, he could feel the devil’s presence. He prayed and chased the enemy off. Everything took place as planned: the shaman baptized Evelyn with a special oil he kept in a bottle.

“He told me he carried holy oil blessed in the Huaringas, and that it not only served to have God bless her, but it would also bring my little angel joy and happiness.” Evelyn was baptized in strict privacy as per the ritual imposed by the shaman, her father being the only witness. The shaman asked Modesto not to wash the girl’s head for two days. He agreed and the shaman departed.

“After the baptism, Evelyn returned to the tree and cried disconsolately. It seemed as if someone was chastising her and she cried as if when her mother reproved her.” Olga returned that afternoon, and on that very same day, what they call the kidnapping took place. “I was on my hammock enjoying the air when I saw little Evelyn climb the tree after my wife got home. Now she was talking and laughing, as if drunk. I though she was playing as usual and didn’t pay much attention.”

At a given moment, everything went quiet and the sky grew cloudy all of a sudden. It seemed as if a massive rainstorm was about to fall. So since there’s usually lightning when it rains that way, I went to the tree where I’d last seen Evelyn, but she was no longer there.” Modesto thought that Evelyn had gone into the house, but he was surprised that he hadn’t seen her come down. Upon entering the home, which was some 30 meters away from the tree, he asked his wife about the child. “Olga told me she’d seen her go up the tree and that she should still be on the blessed tree because she hadn’t seen her come down.”

Modesto returned to the tree, checked the adjacent ones, but could see nothing. Olga ran out, shouting desperately, but it was all in vain. At that moment Olga approached the tree and climbed up to find some trace of her daughter, but only found “something like a cobweb on the trunk, which was slightly burned. It appeared freshly burned due to the smell that emanated from the trunk.”

At that moment, they thought they heard a howl coming from the doorway to the house. For one moment they thought it was Evelyn, but upon getting closer and opening the door they found nothing at all. “It was a sound like that of a pututo [Andean flute], but it came from the sky.”

Modesto and Olga never found their youngest daughter again. The police was notified, word was sent to radio stations and to a television channel in Piura, but the whereabouts of their daughter were never discovered. “Doctor, I feel the fairies took my little angel. Otherwise, how can I explain her disappearance? Not even the dogs barked. Nothing.”

The information provided by Modesto leads one to think about an abduction. What is strange about the case is why was the child taken after the alleged baptism? Could it be that they were awaiting her baptism before taking her? If so, what reason could they possibly have to kidnap a not-quite-five year old child?What entities kidnapped the girl? What was the transparent food she was offered? Why was she scolded after her baptism and why was she later intoxicated, drugged, or put to sleep? Why did the parents not notice anything? What was the meaning of the cobweb-like substance and the burned tree-trunk? Was there any radiation involved?

Do you believe in fairies?  – https://www.ufodigest.com/fairies.html